The signing of Wesley Matthews was worth it for the Pacers for at least one night. With the game tied at 106 with less... 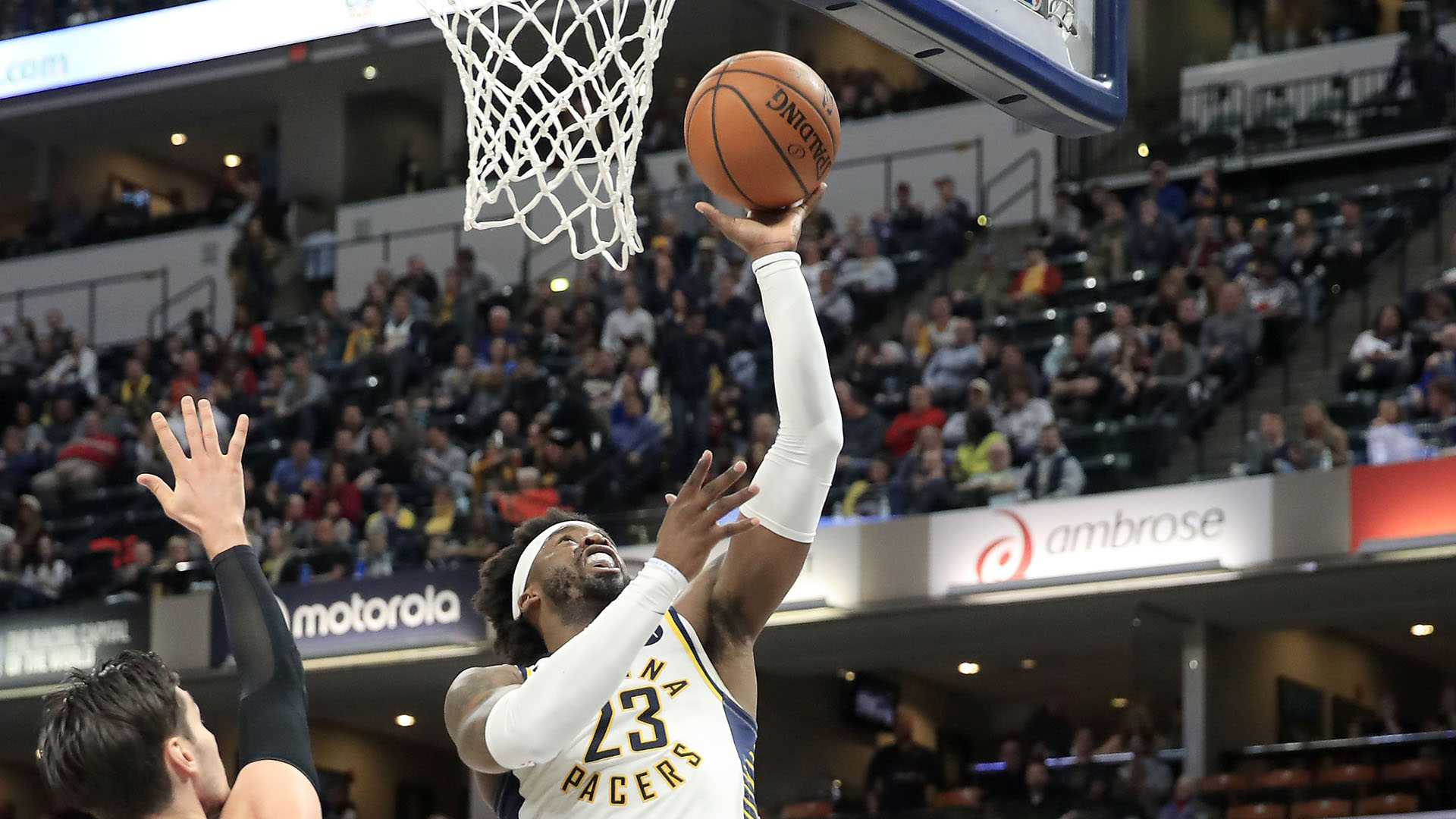 The signing of Wesley Matthews was worth it for the Pacers for at least one night.

With the game tied at 106 with less than 10 seconds to play, Matthews capitalized on a put-back off of a Bojan Bogdanovich miss to give the Pacers a 108-106 win over the Thunder.

Indiana now leads the 76ers by 1/2 game in the race for the third playoff spot in the Eastern Conference.

Matthews scored 16 points on 6-of-15 shooting in the game and is averaging 12.6 points since joining Indiana in free agency after he was bought out by the Knicks.

Paul George scored 36 points while adding six rebounds and five assists in the loss to the Pacers.

LeBron James had 29 points, six assists and four rebounds, but the Lakers fell to the Raptors, 111-98.

Kentavious Caldwell-Pope couldn’t find the range from the 3-point line as he went 1-of-8 from beyond the arc with nine points and five rebounds in the loss to the Raptors.

Donovan Mitchell threw one down on the baseline in the Jazz’s win over the Timberwolves.

Kings (33-34) at 76ers (43-25) 7 p.m. ET — The Kings were unable to make up ground on the eighth playoff spot in the Western Conference as they fell to the Celtics on Thursday. Philadelphia fell behind Indiana by 1/2 game with the Pacers’ win over the Thunder. Both teams at the least want this game. The Kings need it.