Things got pretty heated between Warriors forward Kevin Durant and Clippers guard Patrick Beverley on Saturday night. The two were ejected in the fourth quarter of... 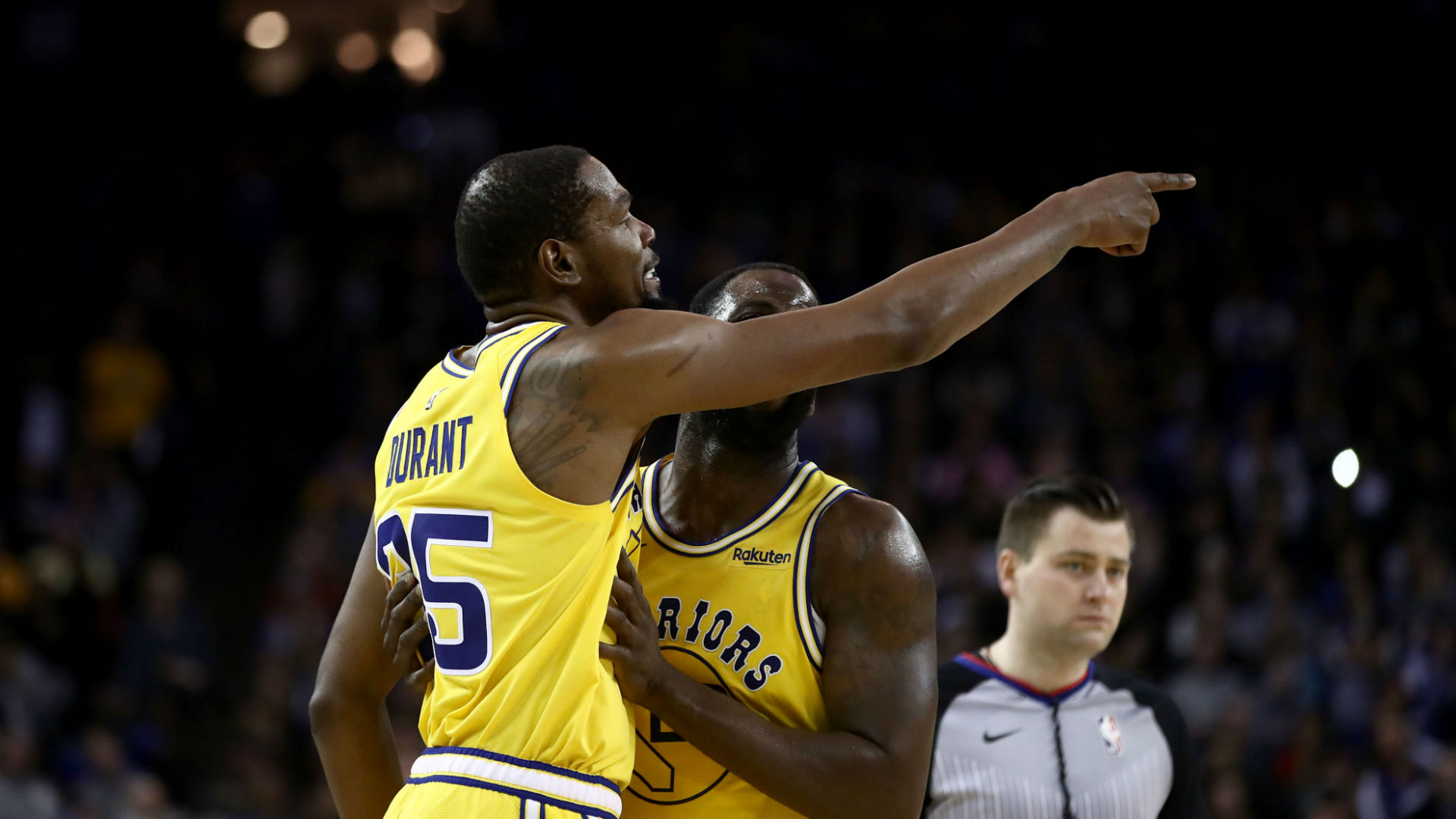 The two were ejected in the fourth quarter of Golden State’s 121-104 win over Los Angeles after receiving a pair of double technicals for repeatedly going at each other’s throats throughout the game.

The first set of double technicals came with five minutes left in regulation and the Warriors holding a steady lead.

But less than 20 seconds later, the two squared off again.

Pat Beverley and KD going at it in Game 1 is prime playoff basketball. pic.twitter.com/CUBm5t0bSl

While speaking to reporters after the game, Durant said he respects the fight in Beverley.

“He’s a Chicago kid,” Durant said, via the Mercury News. “Those dudes play with a different type of grit, so I can appreciate that about Pat.”

Warriors coach Steve Kerr, however, was less than pleased with Durant’s behavior considering he had addressed Beverley’s antics ahead of the matchup. With two technicals already, Durant only needs five more to draw a one-game suspension without pay during the postseason.

“We took the bait,” Kerr said. “[Durant] took the bait, and that’s two technicals. You get seven technicals, your seventh one is a suspension in the playoffs. Whether you play four playoff games or 24, seven is the magic number. So he’s got four to play with after one game.

“That’s what Beverley does. We talked about it for the last couple days. He’s a helluva defender, he plays hard, we’ve got a lot of respect for him — but you cannot take the bait because that’s a bad trade for us. The Clippers have made a lot of good trades this year — that was probably their best.”

When asked if he was egging on Durant, Beverley insisted he was just being himself.

“I was just being Pat. It was fun out there,” Beverley said. “We competed. I really wish we could’ve played more without the chippy calls, but I understand it’s Game 1 and they’re trying to set the tone. But this is the playoffs. People want to come see a good basketball game and not so many fouls, but there’s things that we can control.”

Expect tempers to flare again when the Warriors host the Clippers in Game 2 at 10:30 p.m. ET Monday.