The Nationals pulled off one of the rarest feats in baseball Sunday, for the second time in less than two years. Howie Kendrick, Trea... 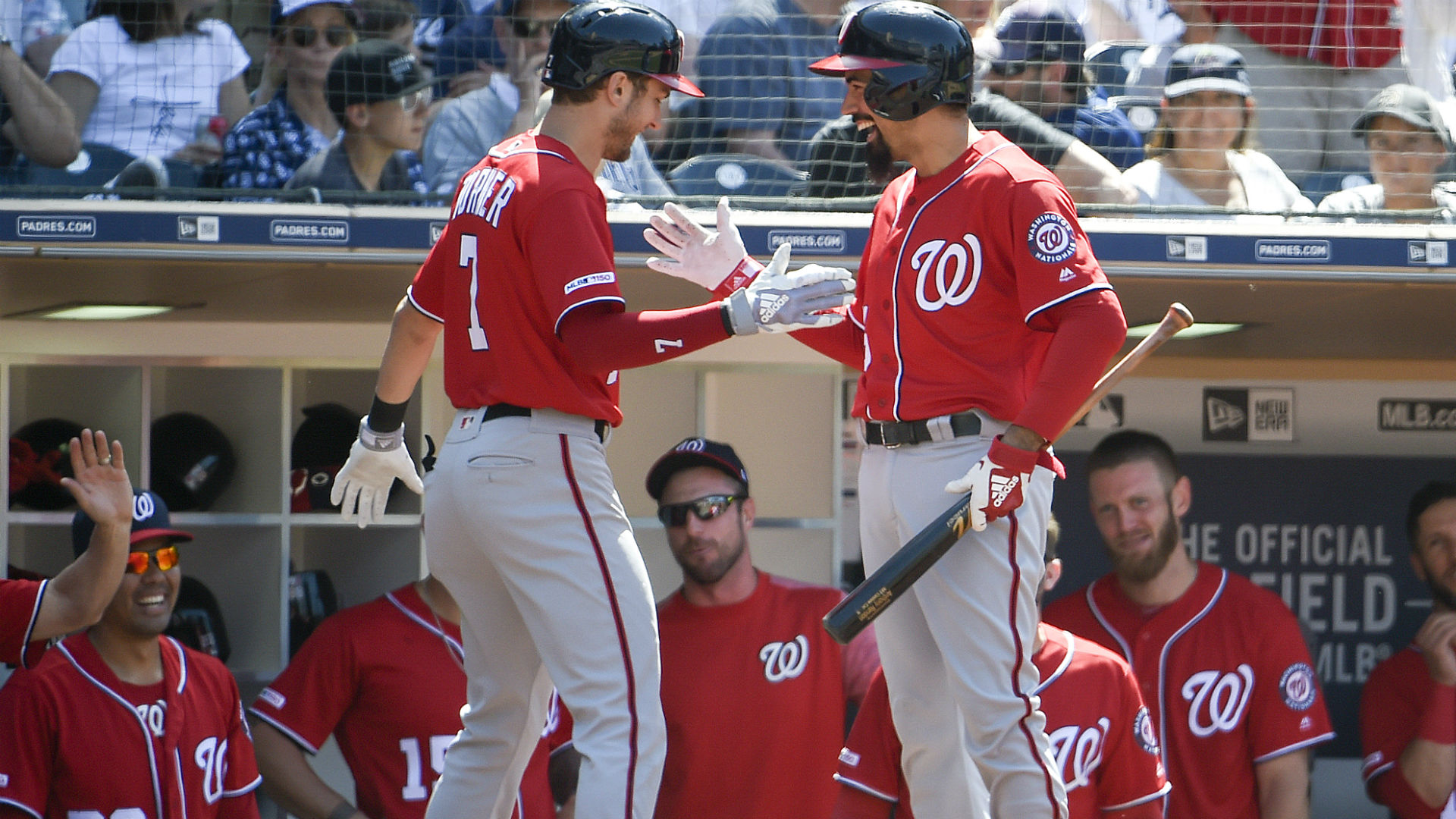 The Nationals pulled off one of the rarest feats in baseball Sunday, for the second time in less than two years.

How rare is it for a team to hit four consecutive home runs? Extremely. It’s happened only nine times in MLB history, according to NationalPastime.com. To put that in perspective, there have been 23 perfect games in baseball history. There have been 15 unassisted triple plays.

On an interesting note, these home run binges tend to come in clusters. The Braves (Eddie Mathews, Hank Aaron, Joe Adcock, and Frank Thomas) became the first team to do it, in 1961. The Indians did it in 1963, and the Twins followed in 1964. But then it didn’t happen again until 2006, when Jeff Kent, J.D. Drew, Russell Martin, and Marlon Anderson went deep in a game against the Padres. The Red Sox (2007), White Sox (2008) and Diamondbacks (2010) are the three other teams to accomplish the feat.

The Nationals went on to beat the Padres, 5-2.