Heated debates ensued on the internet in Lebanon over a decision to ban Muslims from renting or purchasing houses in a Christian-majority area in Lebanon.... 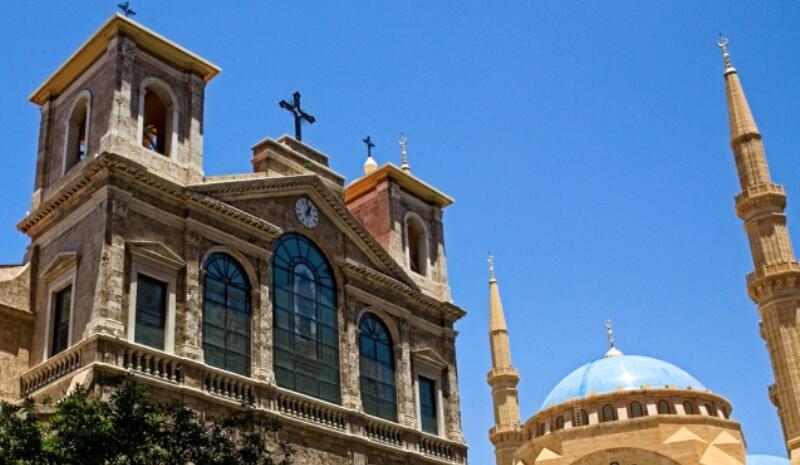 Heated debates ensued on the internet in Lebanon over a decision to ban Muslims from renting or purchasing houses in a Christian-majority area in Lebanon.

The law was approved years ago by the municipal chief of Hadath, George Aoun, yet it was not talked about since then.

Last week, it was all triggered by a Facebook post by one Muslim Lebanese who published his story when he tried to rent in Hadath. Mhammad Awwad said while he was looking for a house to rent in the Hadath area, a landlord asked him whether he was Muslim or Christian because “the municipality forbids me” from renting to Muslims.

The post has since gone viral and the stories started making waves on the internet among Lebanese.

Translation: “I am trying to find an apartment to rent in Hadath area. The landlord asked me whether I am a Muslim or Christians, and when I asked her why she replied that if I am a Muslim, she can’t rent me as the municipality bans her. I asked her about the municipal chief and she said he is George Aoun of the Free Patriotic Movement. According to her, she was renting a family of a Christian woman but they were kicked out because of her Muslim husband…”

Later on, the Hadath municipal chief acknowledged his municipality’s law of preventing Christians from selling or renting their properties to non-Christians.

According to Aoun, Hadath used to be a major Christian town in the 1990s before Lebanon’s Civil War, yet “our Shiite brothers purchased 60% of it following the war”, leading the municipality to save what is left of the town which is originally owned by Christians.

Moreover, Aoun said the decision was made as “a sort of understanding” between the Free Patriotic Movement (FPM), the largest Christian party in the country, and Hezbollah “to maintain as much as possible the original residents” of the area and avoid demographic changes.

It is worth to mentioning that the demographic and sectarian balance in Lebanon has been a major and sensitive issue in Lebanon, particularly following the 15-year Civil war that resulted in finding an equal balance between Muslims and Christians of different sects.

Lebanon sparked in anger and many people went to protest the Hadath area decision in addition to announcing solidarity with Awwad, who first revealed the story and was threatened by the FPM’s supporters.

On hashtag #متضامن_مع_محمد_عواد [In solidarity with Mhammed Awwad], Lebanese went to condemn the Hadath municipality’s decision and the discrimination people face in this area.

Translation: “I support Mhammad Awwad and every other free person in this country.”

Meanwhile, #الحدث [Hadath] has gone viral and was trending in Lebanon.

Translation: “They claim that coexistence is when mosques and churches are beside each other, but not when Muslims are neighbors with Christians.”

In response, the Interior Minister, Raya Al Hassan has openly criticized the decision of Aoun and his municipality and confirmed her rejection to such measures being applied in any place in Lebanon. She has also condemned the decision as “unconstitutional” that promotes a “sectarian discourse in contradiction of coexistence.”

This comes in a time when Lebanon has been spurred with the racist remarks made by Foreign Minister Gebran Bassil, who went to Twitter to attack foreign workers in Lebanon.

The banner says: “Refugees and foreign workers are welcome. We apologize for what racists do to you.”

His tweet has prompted a backlash with more people demanding his resignation.