Some 2.5 Muslims from across the world are expected to arrive in Mecca, Saudi Arabia by Friday, as part of the annual Hajj pilgrimage.... 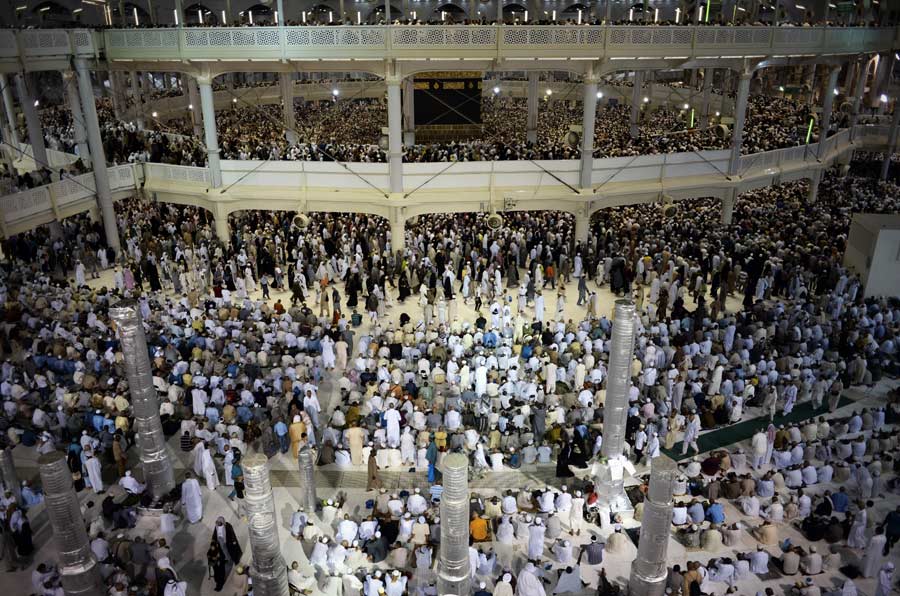 Some 2.5 Muslims from across the world are expected to arrive in Mecca, Saudi Arabia by Friday, as part of the annual Hajj pilgrimage. One of the five pillars of Islam, every Muslim that is physically and financially capable of doing so is required at least once in their lifetime to undertake the journey. The rites of Hajj are performed between the 8th and 13th days of the final month of the Islamic calendar, Dhu al-Hijjah. These include, among others, walking counter-clockwise seven times around the Kaaba, a structure considered the holiest site in Islam that is located at the center of the Great Mosque of Mecca; standing vigil at Mount Arafat; and performing the jamarat, the symbolic stoning of the devil which entails throwing pebbles at three walls in the city of Mina. After fulfilling the religious obligations, every Muslim must sacrifice an animal and shave his head. Thereafter, worshipers celebrate the three-day global festival of Eid al-Adha. According to Islamic scripture, the Prophet Muhammad was born in Mecca, where in the year 610 he experienced his first revelation of the Koran.