Researchers used a powerful MRI scanner to monitor people with multiple sclerosis and found a link between the total volume of cortical lesions and... 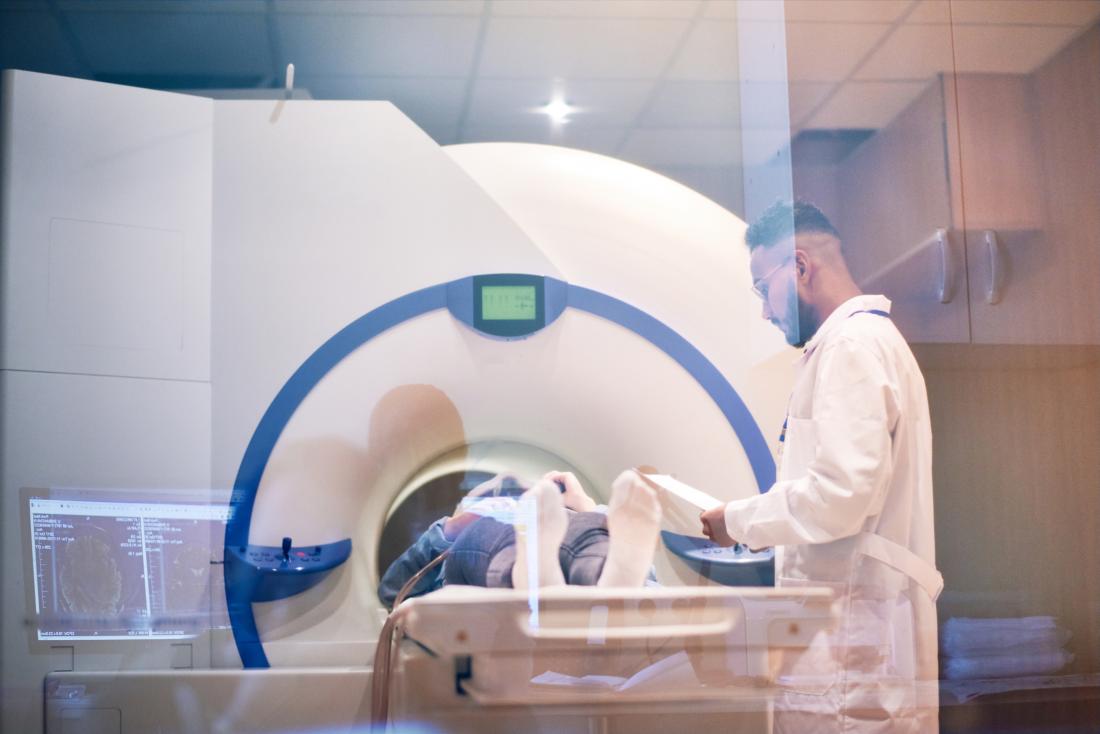 Their study reveals that the development of lesions in the brain’s cortical gray matter may be a predictor of neurological disability for people with multiple sclerosis (MS).

The scientists used a high-strength MRI to detect lesions and evaluate the progression of the disease. They published their findings in the journal Radiology.

To track the MS participants for the study, the research team used a 7-Tesla (7T) MRI scanner. The magnetic field strength of this scanner is more than twice as powerful as more everyday versions.

The 7T machine is also more sensitive to cortical lesions and, in this instance, it was able to detect many lesions that researchers have not been able to see in previous studies.

“In this study, we wanted to track the evolution of these lesions and better understand where in the cortex these lesions develop more frequently,” says senior author of the study Dr. Caterina Mainero, Ph.D., from the Athinoula A. Martinos Center for Biomedical Imaging at Massachusetts General Hospital in Boston.

MS is a disease of the brain and central nervous system. The immune system attacks the protective covering of nerve fibers and causes issues in the communication between the brain and the rest of your body.

The symptoms of MS depend on the extent of nerve damage, but they often affect movement. Some people with MS may experience numbness or weakness in the limbs, tremors, and lack of coordination. In severe cases, those with MS may lose the ability to walk.

Most people living with MS have a relapsing-remitting disease course, which means that symptoms can improve but may worsen at varying times. These individuals may experience periods of new symptoms or relapses followed by quiet periods of remission.

MS is the most widespread disabling, neurological condition of young adults around the world. According to the National Multiple Sclerosis Society, approximately 1 million people are living with MS in the United States and more than 2 million people, globally.

The researchers in the latest study followed 33 individuals with MS. A total of 20 of these had relapsing-remitting MS, and 13 had secondary-progressive MS, the latter of which is the type of MS that shows the worst forms of disability.

The 7T MRI detected cortical lesions more often than previous studies had managed to do, and the results showed that 25 of the MS participants in this latest study formed new cortical lesions.

The findings also revealed that the number of lesions that formed in the cortical region was double the number that grew in the brain’s white matter. Furthermore, the total volume of cortical lesions was an indicator of neurological disability.

“We also found that these lesions can predict disability progression more than white matter lesions, which are the typical lesions of MS we’ve been studying for years,” explains Mainero.

Analyzing the role of cortical lesions

The 7T brain scans revealed that the cortical lesions were more likely to concentrate on the brain’s surface in areas called sulci. Researchers suggested that the flow of the fluid that surrounds the brain and spine may be more limited in these areas — making the sulci more prone to inflammation.

These findings suggest that cortical lesions play a key role in the progression of MS, says Mainero, and should be taken into consideration when monitoring those individuals with MS.

“We can also use this tool to see how potential treatments can affect the development and evolution of cortical lesions,” concludes Mainero.

The next step for researchers is replicating these studies using much larger populations of individuals with MS.

The objective for future studies would then be to discover more about the correlation between cortical lesions and neurological disability, and the factors behind the inflammatory response occurring on the brain’s surface.