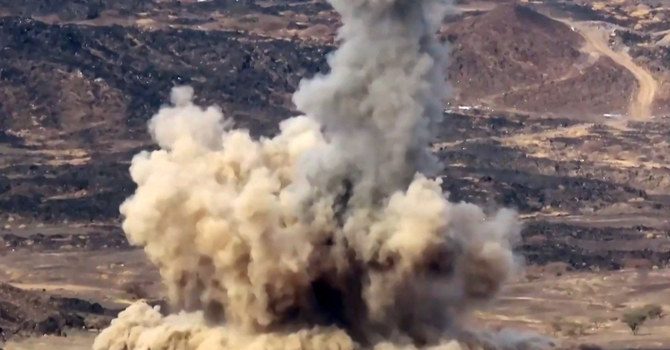 Arab Coalition7 Houthis9 Jubah1 Marib7 Yemen21
JEDDAH: The Saudi-led coalition fighting in Yemen said on Friday it had killed at least 92 Houthi rebels in airstrikes on two districts near... 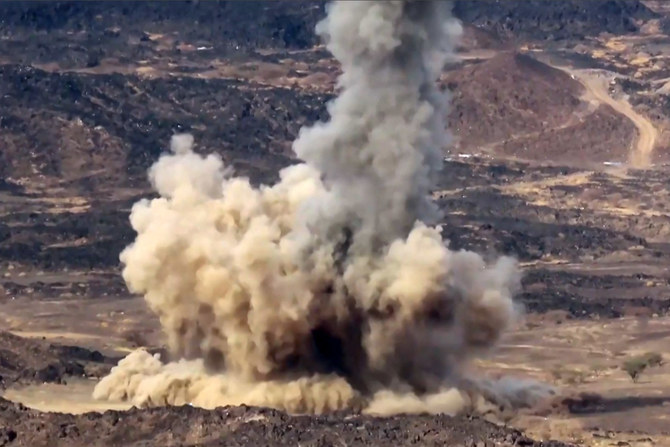 JEDDAH: The Saudi-led coalition fighting in Yemen said on Friday it had killed at least 92 Houthi rebels in airstrikes on two districts near the strategic city of Marib.

The deaths are the latest among hundreds that the coalition says have been killed in recent fighting around Marib, and come during a second week of reported intense bombing.

“Operations targeted 16 military vehicles and killed more than 92 terrorist elements” in the past 24 hours, the coalition said in a statement, carried by the official Saudi Press Agency. The coalition has for the past two weeks reported almost daily strikes around Marib.

Most of the previously announced strikes were in Abedia, about 100 km from Marib — the internationally recognized government’s last bastion in northern Yemen.

The latest airstrikes reported were in the districts of Al-Jubah, some 50 km south of Marib, and Al-Kassarah, 30 km northwest.

The Houthis began a major push to seize Marib in February, and have renewed their offensive since September after a lull. Several Yemenis are waiting for help after fleeing fighting in Marib, according to Reuters.

Iman Saleh Ali and her family left Al-Jubah in the dead of night with only the clothes on their back to escape fighting, the second time they have been forced to do so.

The UN says some 10,000 people were displaced last month alone by the fighting in Marib governorate. It is calling for a humanitarian corridor for aid.

UN humanitarian coordinator in Yemen David Gressly told Reuters that access has been most restricted to Abedia, but that they have now been given authorization though security concerns remain.

Luckily, he said, food was distributed in coordination with the World Food Programme just before the fighting, which is exacerbating a humanitarian crisis in Yemen that has left millions on the verge of famine and 20 million needing help.