More Than 2,300 Tigers Killed and Trafficked this Century

Skins are the single most frequently seized tiger part, the report found More than 2,300 tigers have been... 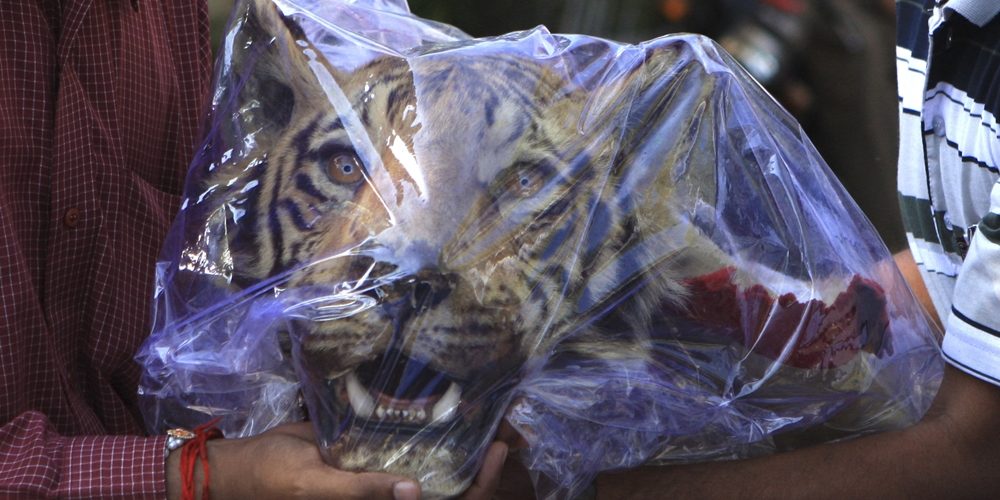 More than 2,300 tigers have been killed and illegally trafficked since the millennium, according to a new report that urges more action to protect the big cats.

With an average of more than 120 illegally trafficked tigers seized each year – more than two a week – since the year 2000, conservation group TRAFFIC warned in its report on Tuesday that there was little sign of respite for the species.

“It looks like we are losing this fight,” she told AFP news agency.

Since then, population numbers have inched upwards, but there are still estimated to be fewer than 3,900 tigers left in the wild.

“This pernicious trafficking, evidenced by the continuously high number of whole skins, whole animals – both dead and alive – and bones is a testament to the ongoing demand for tiger parts,” Krishnasamy said.

“The time for talking is over: words must be turned into action to prevent further tiger loss,” she said in a statement.

TRAFFIC, which campaigns to protect endangered animals and help governments catch those who trade their parts, published a new analysis looking at 19 years of tiger seizure data from around the world.

It found that an estimated 2,359 tigers were seized between 2000 and 2018 across 32 countries and territories. 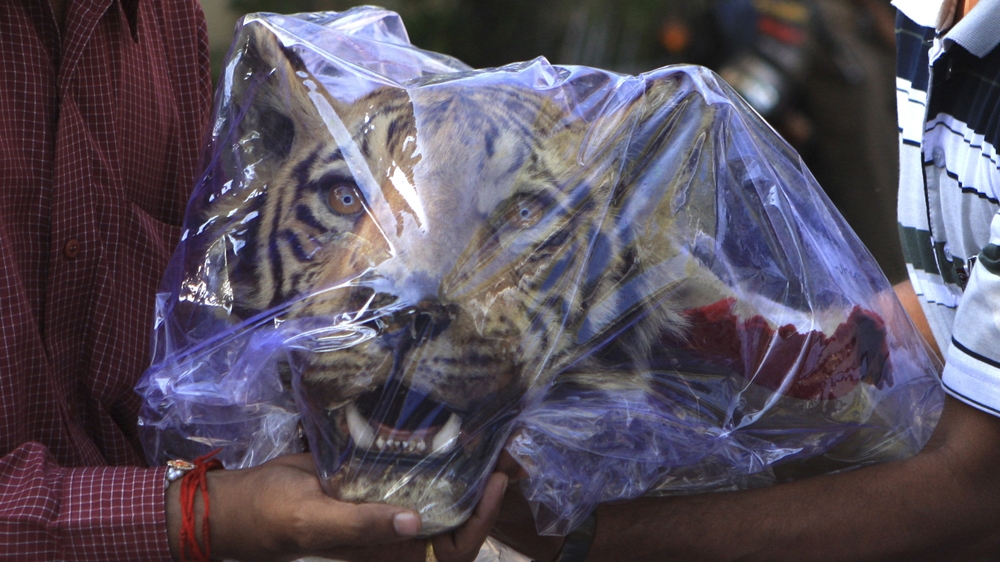 Tiger parts are sold as decoration as well as for the lucrative Chinese medicine market [File: Reuters]

Skins are the single most frequently seized tiger part, with on average 58 whole tiger skins seized each year, the report found, also noting a clear increase in seizures of whole animals, both dead and alive.

India, which has the world’s largest wild tiger population, remains the country with the highest overall number of seizures, consistent with findings from previous years. It accounted for 40.5 percent of total incidents and 26.5 percent of tigers seized.

Outside of the tiger’s range, a total of 56 seizures were recorded, mostly in Taiwan, China and Mexico.

The tiger farm industry often argues that the trade in captive animals helps to relieve the pressure on wild felines, but wildlife groups say it reduces the stigma around buying the animals or their body parts and could create new markets for them.

More than half of tiger seizures in Thailand and a third of those in Vietnam over the past two 20 years were identified as coming from captive breeding facilities, TRAFFIC said.

“Seizures of tigers from captive facilities continue and serve as a stark reminder that such facilities seriously undermine conservation efforts to safeguard this species and provide opportunities for laundering and other illegal activities,” said senior TRAFFIC crime analyst Ramacandra Wong in the statement.

Tuesday’s report was released at the Convention on International Trade in Endangered Species (CITES) meet in Geneva to evaluate and fine-tune the treaty that manages trade in more than 35,000 species of plants and animals.

Tiger farms are on the agenda, with the report’s authors calling for CITES to monitor facilities to ensure they are not helping feed the illegal trade chain.