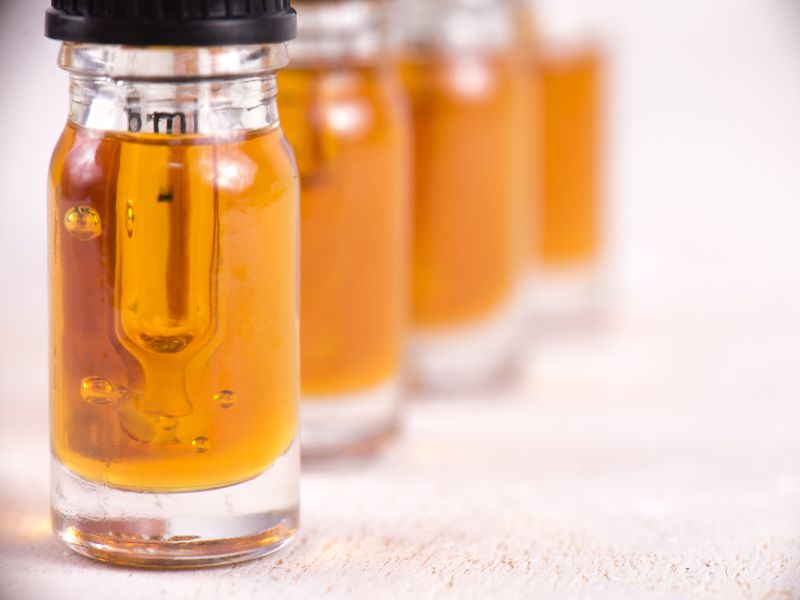 TUESDAY, April 30, 2019 (HealthDay News) — There’s new data supporting the use of Epidiolex — the first cannabidiol (CBD) medicine approved by the U.S. Food and Drug Administration — to help curb a form of epilepsy.

The research found that the drug reduced seizures by nearly half in children with Dravet syndrome, a rare and severe form of the neurological disorder.

The FDA approved Epidiolex last fall for the treatment of Dravet syndrome and another rare but severe form of childhood epilepsy, Lennox-Gastaut syndrome. The new study was funded by GW Research Ltd., developer of Epidiolex.

Dravet syndrome typically begins in infancy and can lead to intellectual disability and frequent, prolonged seizures, noted a team of researchers led by Dr. Ian Miller, from Nicklaus Children’s Hospital in Miami.

“It’s exciting to be able to offer another alternative for children with this debilitating form of epilepsy and their families,” Miller said. He and his colleagues will present their findings next week at the American Academy of Neurology’s annual meeting, in Philadelphia.

“The children in this study had already tried an average of four epilepsy drugs with no success and at the time were taking an average of three additional drugs, so to have this measure of success with cannabidiol is a major victory,” Miller said in a meeting news release.

The study included 199 patients, average age 9, who were divided into three groups. One group received 20 milligrams per kilogram (mg/kg) dose per day of Epidiolex (in liquid form), while the second group received 10 mg/kg per day, and the third group received a placebo.

CBD products are derived from marijuana, but do not include THC, the active agent in pot that causes a “high.”

After 14 weeks of treatment, seizures with convulsions fell 46% in the high-dose group, 49% in the low-dose group, and 27% in the placebo group.

Seizures were reduced by half or more in 49% of the high-dose group, 44% of the low-dose group, and 26% of the placebo group.

The most common side effects were decreased appetite, diarrhea, sleepiness, fever and fatigue. Serious side effects occurred in 25% of the high-dose group, 20% of the low-dose group, and 15% of the placebo group.

Only patients in the high-dose group stopped taking the drug due to side effects, a rate of 7%.

One specialist in epilepsy care said the new study offers findings “very similar to the previously reported data” that led to Epidiolex’ approval.

The only big difference between the new trial and that 2017 New England Journal of Medicine study is in the dosages given, explained neurologist Dr. Fred Lado.

“The current study tested CBD at doses of 10mg/kg and 20mg/kg, while the 2017 study examined only a dose of 20mg/kg,” said Lado, who is Northwell Health’s regional director of epilepsy for Queens and Long Island, N.Y.

Both doses were nearly equivalent in effectiveness, he said, and “the new results hint that the lower dose CBD is better-tolerated.”

There is one potential caveat to Epidiolex, however. An Israeli study that followed 92 children and adults with various forms of epilepsy for an average of 20 months found that for some patients, the benefits of Epidiolex appear to fade with time.

“Tolerance” to the drug developed in about one-third of those patients after an average of seven months, the researchers said. So doctors needed to increase the dose by 30% to get the same seizure-reducing benefit.

Findings presented at medical meetings are typically considered preliminary until published in a peer-reviewed journal.