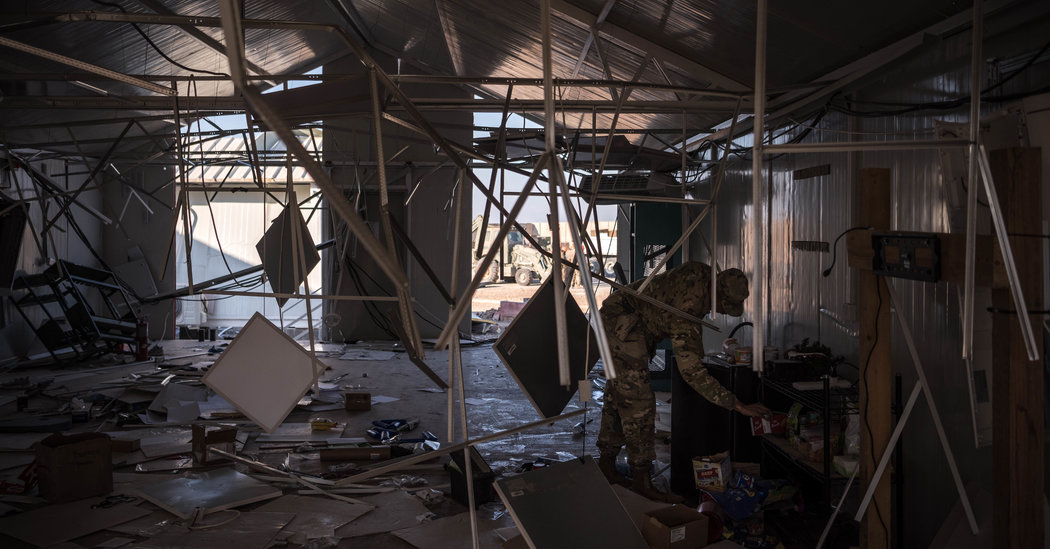 WASHINGTON — Defense Department officials said on Thursday that 64 troops had sustained traumatic brain injuries after the Iranian ballistic missile strikes on Ayn Al Asad Air Base in Iraq this month, up 14 from an earlier announcement this week.

The number, which has steadily increased since the Jan. 8 attack, is a clear indicator of the lasting and unseen effects so common in America’s long wars, made strikingly prevalent by the roadside bombs scattered in Iraq and Afghanistan that killed and maimed thousands of troops.

Before Thursday’s update, the Pentagon had said 50 service members had traumatic brain injuries. Of those, 31 were treated in Iraq and returned to duty. The status of those with new diagnoses, and whether they had returned to duty or were still being treated, remained unclear.

Defense Secretary Mark T. Esper, speaking to reporters during a news conference alongside the chairman of the Joint Chiefs of Staff, Gen. Mark A. Milley, said on Thursday that the Pentagon took those types of injuries “very seriously.”

President Trump had seemed to dismiss the brain injuries at a news conference in Davos, Switzerland, last week. “I heard they had headaches,” Mr. Trump said. “I don’t consider them very serious injuries relative to other injuries I have seen.”

Mr. Esper defended the president on Thursday. “He’s very concerned about the health and welfare of all of our service members, particularly those that were involved in our operations in Iraq,” Mr. Esper said.

Mr. Trump’s sentiments echoed those common in the early years of the wars in Iraq and Afghanistan, where troops rattled by explosions, but visibly uninjured, were ushered quickly back to duty, only to have long-term effects from the blasts eventually manifest weeks and months afterward.

Traumatic brain injuries in troops are often caused by the intense and rapid overpressure that follows a nearby explosion.

Only in the last several years has the Pentagon made a considerable effort to understand brain injuries and their lasting effects, which sometimes bring long-term physical or mental disabilities.

The Trump administration at first said there were no injuries from the attack on American troops but recanted a week later, noting that several had been evacuated for possible concussions.

Pentagon and military officials have pushed back on the notion that they withheld any information about the injuries, pointing out that the absence of visible wounds meant the Pentagon was not made aware until days later. They noted that the symptoms of concussions and traumatic brain injuries often take days or weeks to appear.

The ballistic missiles that hit the base in Iraq were launched by Iran in retaliation for the killing of a top Iranian general, Qassim Suleimani, by an American drone strike in Baghdad on Jan. 3.

To contend with the threat of Iranian ballistic missiles, which can travel more than a hundred miles and evade rudimentary defenses, the Pentagon is looking to move Patriot air defenses into Iraq.

But while both Mr. Esper and General Milley said they believe the weapons are necessary for American defenses, the Iraqi government is currently holding up the weapons’ deployment.

“That is one of the matters we have to work on and work through” with the Iraqi government, Mr. Esper said on Thursday.

There are roughly 5,000 American troops in Iraq.