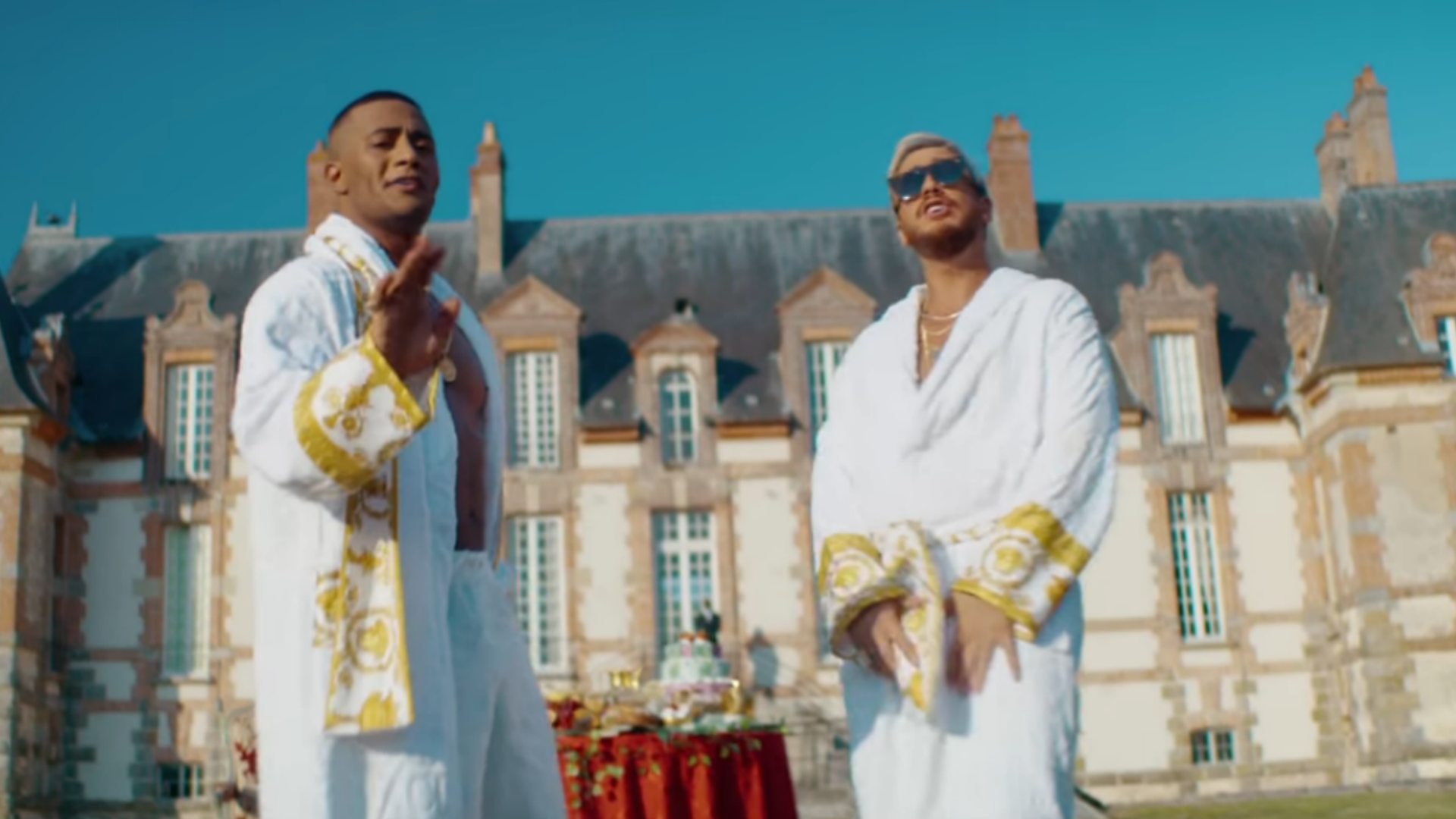 In the song’s video, Mohammad Ramadan appears as a chef in a restaurant in Paris alongside his friend Saad, a waiter at the same restaurant and they are both surprised when they see their former lovers with other men.

The lives of Ramadan and Saad simply turn from rags to riches after they find a fortune in a car, and they call themselves ‘Al Maalem’ (The Teacher) and ‘Al Ostoora’ (The Legend) while their exes try to get back to them but to no avail.

The song ‘Ansay’,was filmed in Paris, its lyrics and composition is by Saad who sings in the Moroccan dialect, while Ramadan sings Egyptian dialect, and the song’s vido is directed by Hussam Husseini.

Mohammed Ramadan and director Hussam Husseini collaborated in the past in the songs ‘Al Malek’ (The King) and ‘Numer One’.

In another story, Mohammed Ramadan revealed about his intentions to release a new song titled “Sultan” that is part of an advertising campaign for an energy drink.