Marcos Llorente, Joao Felix and Diego Costa were the difference as LaLiga outfit Atletico Madrid beat the MLS All-Stars 3-0 in Orlando on Wednesday.... 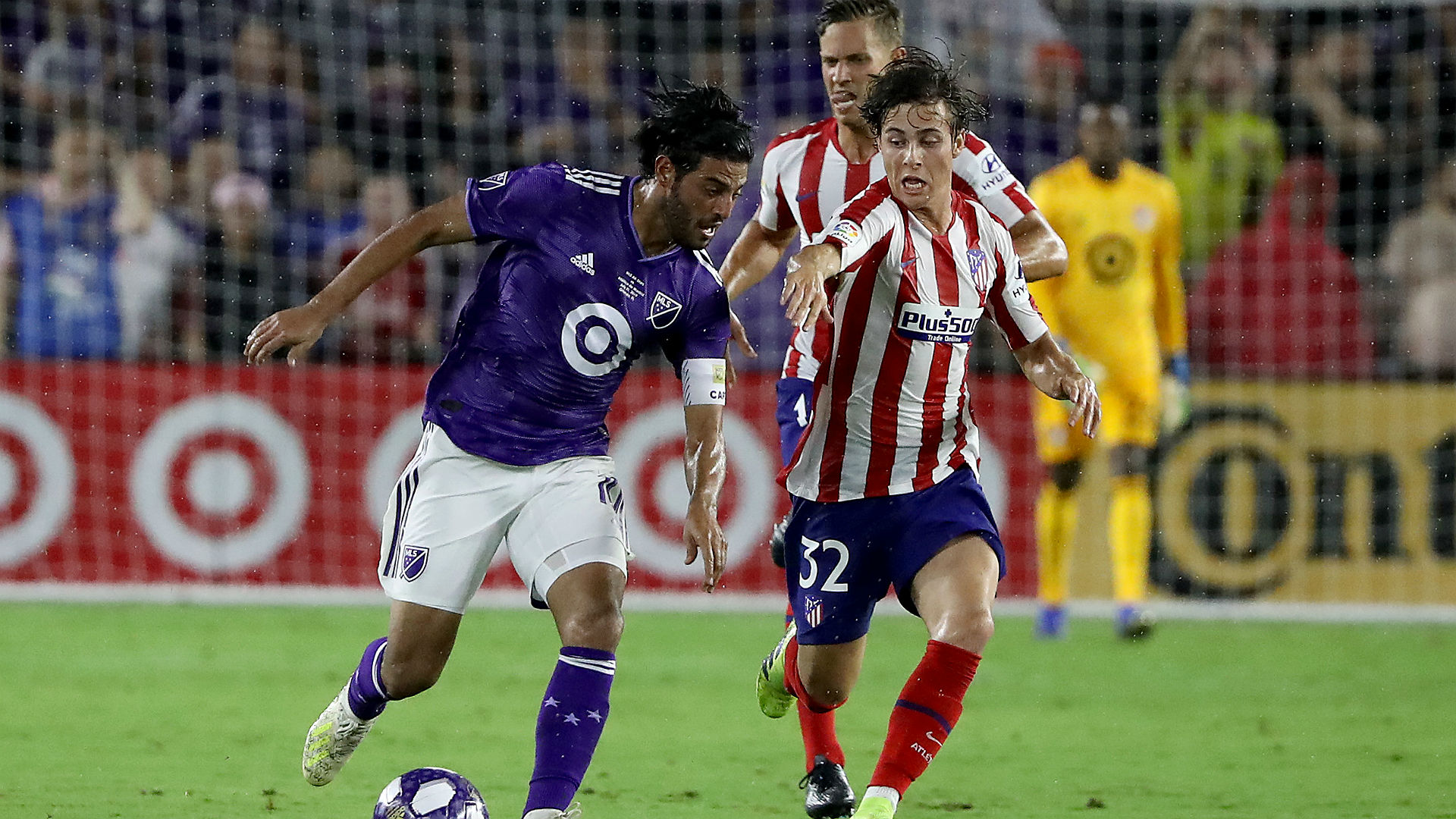 Marcos Llorente, Joao Felix and Diego Costa were the difference as LaLiga outfit Atletico Madrid beat the MLS All-Stars 3-0 in Orlando on Wednesday.

Llorente put Atletico ahead prior to halftime before substitutes Joao Felix and Diego Costa helped preserve the team’s unbeaten preseason.

After lightning delayed kick-off at Exploria Stadium, Atletico came out and won an evenly contested fixture thanks to midfielder Llorente, who latched onto a Rodrigo Riquelme backheel before finding the back of the net.

Big-money signing Joao Felix then added a second in the 85th minute after Nick Rimando failed to deal with the Atletico sensation’s shot from outside the penalty area, while Costa made it 3-0 deep into stoppage time.

The All-Star team was headlined by plenty of star power, with Zlatan Ibrahimovic, Wayne Rooney, Nani and Carlos Vela all in the starting XI, while Bastian Schweinsteiger was on the bench.

And the absence of Atletico’s stars contributed to a first half with clear-cut opportunities few and far between in Orlando.

Brad Guzan made a decent save in the 15th minute, getting down low to deny Atletico’s Carlos Isaac from distance.

Rooney almost opened the scoring for the All-Stars with a ferocious long-range effort that fizzed just over the crossbar approaching the half-hour mark.

Atletico managed to break the deadlock two minutes prior to halftime when Riquelme’s stunning backheel played in Llorente, who finished past substitute keeper Andre Blake.

There were a host of changes before and after halftime, and the All-Stars had two decent opportunities to restore parity inside nine minutes of the restart.

Diego Rossi’s volley flashed just wide of the post and into the side netting, while Nicolas Lodeiro was denied by the onrushing Atletico goalkeeper Antonio Adan in the 54th minute.

Space opened for Gonzalez Martinez in the center of the penalty area but he side-footed over the bar with 12 minutes remaining and the All-Stars continued to press as Ezequiel Barco’s free-kick was pushed away by Oblak.

Joao Felix then put the result beyond doubt thanks to some help from Rimando, who failed to keep out the 19-year-old’s strike, before the Portuguese star set up Costa for Atletico’s third in the 93rd minute.