BAGHDAD — Vice President Mike Pence made an unexpected visit to Iraq on Saturday, arriving as protests aimed at toppling the Iraqi leadership and... 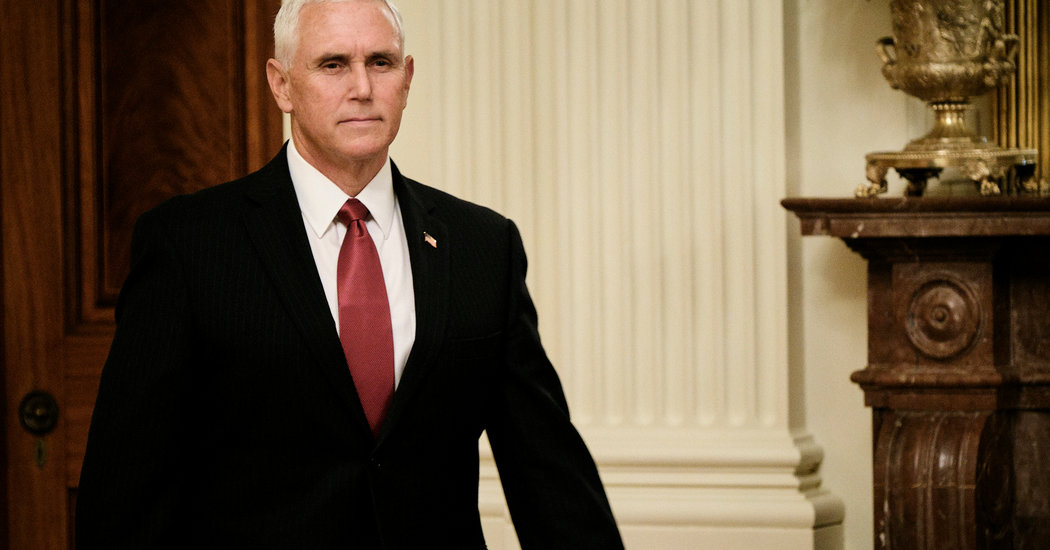 BAGHDAD — Vice President Mike Pence made an unexpected visit to Iraq on Saturday, arriving as protests aimed at toppling the Iraqi leadership and changing the political system have continued to shake the country.

Mr. Pence landed at Al Asad Air Base in Iraq’s western desert, where many of the American troops are billeted while they train and assist the Iraqi forces fighting the remains of the Islamic State. The United States has about 6,000 troops in Iraq.

Mr. Pence spoke on the phone with Prime Minister Adil Abdul Mehdi but did not meet with him, according to the Mr. Mehdi’s office.

The United States Embassy in Iraq declined to comment on Mr. Pence’s visit.

It came 11 months after President Trump made a similar unannounced visit to Al Asad, just days after announcing that he was pulling American troops out of Syria and Afghanistan. It caused a major shake-up in the White House defense and foreign policy team. Mr. Trump’s plans to meet with Mr. Mehdi were canceled.

The timing of the trip by Mr. Pence — the second-most-senior member of the American government — was significant. It underscored the United States’ continued engagement in Iraq and was an implicit riposte to Iran, which has often tried to present itself to Iraqi leaders as a more consistent partner than the Americans.

It also occurred as Iraqi government leaders have struggled to deal with the protests, which have galvanized many in the south of the country as well as in the capital, Baghdad. Iran has dispatched Gen. Qassim Soleimani, the leader of its Quds Force, the most elite arm of the Islamic Revolutionary Guards Corps, to help the Iraqis plot a response.

Iran, which sees the uprising in Iraq as a threat that could encourage a similar movement at home, has advocated a tough response. The United States has lobbied against that approach, encouraging Iraq to work with the nonviolent protesters, but has taken the same view as Iran toward the prime minister.

Both countries’ leadership believe that he should remain in power, because if he were swept away — as some protesters want — it could lead to a chaotic situation in which bloodshed or even a renewed civil war could occur.

Unlike Iran, the United States wants an overhaul of the Iraqi system to root out corruption and create an electoral system that is less dominated by political parties that tend to divide up the spoils and do little to represent the people. Barely 25 percent of eligible voters cast ballots in the 2018 elections.

It is striking that despite the Americans’ 16-year engagement in Iraq, the leaders of the two countries do not meet face-to-face on Iraqi soil.

At this point, either American leaders do not feel safe enough to go to Baghdad or Iraqi officials do not want senior United States officials to come because it could risk making them look too close to the Americans and manipulated by them.

Less than 24 hours before Mr. Pence’s arrival, a rocket was fired at Green Zone, the location of the United States Embassy.