St. Louis is trying its best to iron some things out. After an 8-2 loss to the Royals on Wednesday in the first game... 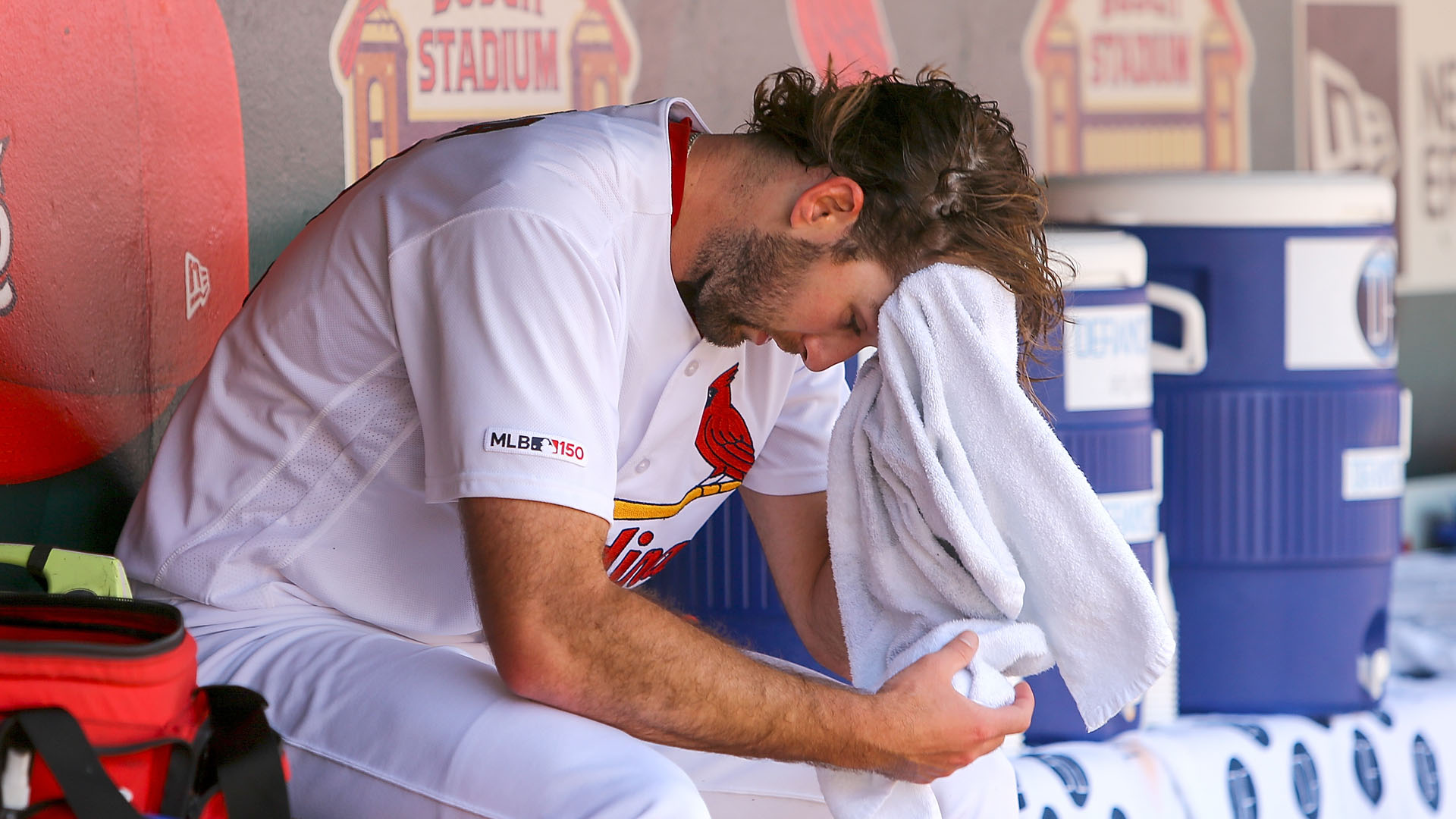 St. Louis is trying its best to iron some things out.

After an 8-2 loss to the Royals on Wednesday in the first game of a doubleheader, the Cardinals had lost five of their last seven and 13 of 19 in May. And this all comes after St. Louis won its fifth game in a row – and 10th in 11 games – on May 1 over the Nationals.

Things aren’t working right now for the Cardinals and starting pitcher Michael Wacha is no exception.

The 2012 first-round pick took the loss Wednesday as he allowed six earned runs in 4 2/3 innings of work. Wacha has a 6.64 ERA in four May starts and was honest with himself after the loss.

“The way I’ve been pitching, it’s unacceptable,” Wacha said, via the St. Louis Post-Dispatch. “It’s a tough spot. It’s tough. You’ve got to be able to pitch, pitch well to stay in this league. Right now I have not been pitching well. I definitely have to do a better job.”

With #Cardinals manager Mike Shildt still in the presser room, sitting and watching players talk, after he answered questions about whether Wacha would remain a starter, this is how Wacha answered @markasaxon‘s question about whether he was pitching to stay in the rotation. pic.twitter.com/qpps82jREe

Fortunately for St. Louis, it did win the second game of its doubleheader with Kansas City, 10-3, but that doesn’t change the fact that the team is not playing its best right now.

What makes matters worse for the Cardinals and Wacha is the division rival Cubs won again Wednesday 8-4 over the Phillies behind a three-run homer from Anthony Rizzo and a grand slam from Albert Almora.

Chicago is now 28-18 on the season and has gone 14-6 in May and now leads the fourth-place Cardinals by five games in the National League Central.

White Sox rookie Eloy Jimenez hit two home runs in a game for the second time in his career in a 9-4 win over the Astros.

Both starting pitchers at Miller Park struggled in the Brewers’ 11-9 win over the Reds. Zach Davies gave up six earned runs in three innings of work while Luis Castillo allowed four earned in 2 2/3.

Rays center fielder Kevin Kiermaier doesn’t just have a great glove, he has a wonderful arm too and Cody Bellinger learned that the hard way in an 8-1 loss to Tampa Bay.

Jake Marisnick had an eventful day for the Astros as he both hit into a triple play and turned an awesome double play. Both have to be seen.