Most of the deportees were scattered in eight states around Mexico and hoped to transit to the US border Mexico... 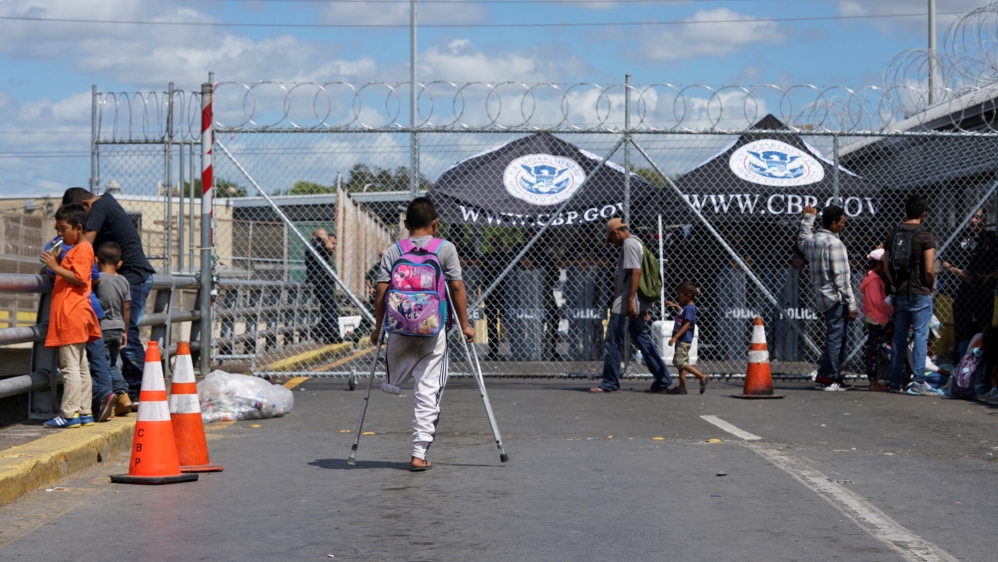 Most of the deportees were scattered in eight states around Mexico and hoped to transit to the US border [File: Veronica G. Cardenas/Reuters]

The move follows a deal Mexico struck with the United States in June, vowing to significantly curb US-bound migration in exchange for averting US tariffs on Mexican exports.

“It is unprecedented in INM’s history – in either form or the number of people – for a transatlantic air transport like the one carried out on this day,” INM said in a statement late on Wednesday.

The 310 men and one woman that INM said were in Mexico illegally were sent on a chartered flight, accompanied by federal immigration agents and Mexico’s National Guard.

They arrived in New Delhi on Friday.

Most of the deportees were from India‘s northern Punjab state, an Indian official said. Police will run checks if any of them had criminal history, another official said.

INM said the deportees had been scattered in eight states around Mexico, including in southern Mexico from where many Indian migrants enter the country, hoping to transit to the US border.

The backlog of migrants in southern Mexico has grown as officials have stopped issuing permits for them to cross the country, said Caitlyn Yates, a research coordinator at IBI Consultants who has studied increasing numbers of US-bound Asian and African migrants arriving in Mexico.

“This type of deportation in Mexico is the first of its kind but likely to continue,” Yates said.