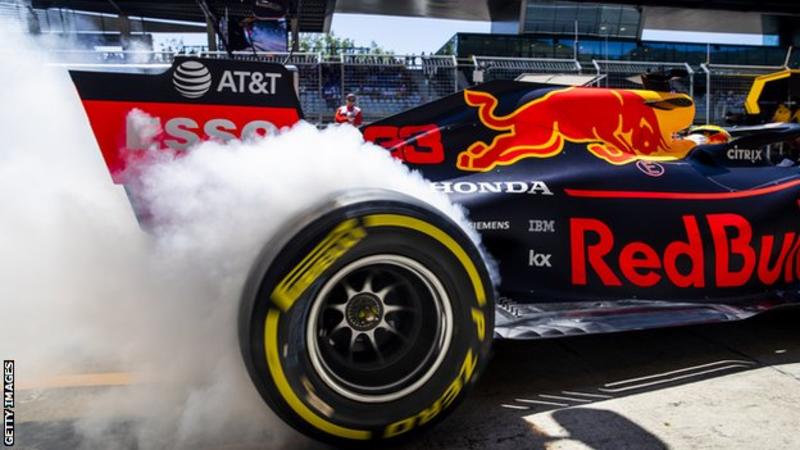 Hamilton was 0.144 seconds quicker than Vettel on one of the shortest tracks of the year but was on soft tyres while the German was on the slower medium.

Vettel spent the session trying new parts on his Ferrari and was 0.017secs up on the Mercedes of Valtteri Bottas.

Bottas has never been out-qualified by a team-mate at the Red Bull Ring and the Finn admitted at the start of the weekend that his hopes of challenging Hamilton for the title hang on his performances “in the next few races”.

He is already 36 points behind Hamilton after just eight races, six of which the Briton has won for his best ever start to a season.

Vettel has also not given up hope of challenging for the title, but has admitted that Ferrari need to improve their car soon if he is to do so.

Ferrari were trying again the new floor that was trialled last weekend in France but abandoned because it did not bring the performance expected.

Ferrari say they were running the parts to try to understand why they did not work in France when they were expected to. The car also had some new aerodynamic fairings under the nose.

Hamilton was one of a number of drivers to run wide and damage his car on the aggressive kerbs that are placed at some parts of the track.

Hamilton damaged his front wing slightly at the last corner on his quickest lap.

Renault’s Nico Hulkenberg did much more damage at the penultimate corner, ripping off one side of his front wing on the yellow ‘sausage’ kerbs on the exit there.

The German then smashed some other aerodynamic parts under the car as he rejoined the track on the exit of the last corner, littering the track with carbon-fibre debris.

Hulkenberg’s moment brought out a red flag and ended the session a few minutes early.

Racing Point’s Lance Stroll also had a moment, having a big sideways snap on the exit of Turn Four, but he managed to catch the car and avoid an accident.

Behind the top six, McLaren’s Carlos Sainz was best of the midfield runners in seventh, ahead of Renault’s Daniel Ricciardo, Haas driver Kevin Magnussen and the second McLaren of Lando Norris.

Both Sainz and Toro Rosso’s Alexander Albon will start at the back of the grid as a result of penalties for using too many engine parts after fitting upgraded engines.

Hulkenberg is expected to join them when he takes the new specification Renault engine that Ricciardo fitted at the last race in France.