A year after Saudi Arabia has allowed women to get behind the wheel lifting a 30-year-old ban on women driving, women in Saudi Arabia are... 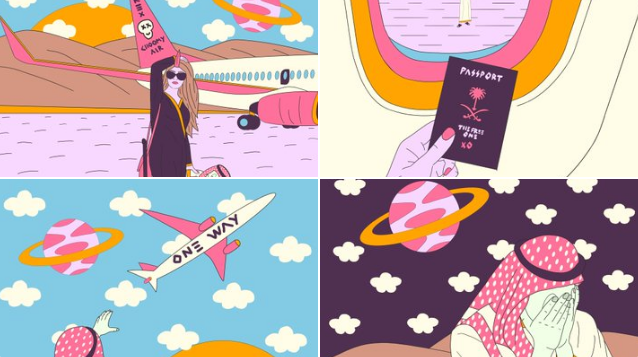 A year after Saudi Arabia has allowed women to get behind the wheel lifting a 30-year-old ban on women driving, women in Saudi Arabia are now celebrating a decision to allow women to travel abroad without male consent.

The decision announced on Thursday indicated that Saudi women are now allowed to be granted passports on their own and travel abroad without requiring a male consent. The decision also included allowing women to register birth, marriage or divorce, yet the male consent is still required if they want to get married, leave prison or enter a domestic violence shelter.

male consent is still required if they want to get married, leave prison or enter a domestic violence shelter

Believed to be the first steps into ditching the male guardianship system in the Kingdom, the decision follows weeks of rumors whether the government will terminate the discriminatory law for which activists have been campaigning for years.

The controversial male guardianship system in the Kingdom required every woman in Saudi Arabia to receive her male guardian’s approval – a father, brother, husband or son – to make a range of critical decisions on her behalf, including traveling outside the country, getting married or studying abroad.

However, this is not the case anymore.

Saudi women have warmly welcomed the decision and celebrated it in their own way.

One photo of a Saudi woman hugging a giant portrait of Crown Prince Mohammed bin Salman as a way to express gratitude for taking the long-awaited decision has made the rounds on the internet.

A picture that’s making the rounds on Whatsapp since announcement on ending travel restrictions for Saudi women (rendering the guardianship system obsolete). ? pic.twitter.com/isTsWbiVTu

A hashtag #الولاية_سقطت [the Guardianship has ended] has gone viral moments after the decision was officially announced.

Dozens of memes meanwhile have been shared on the internet for reactions to the surprising news that many have considered a success for Saudi women.

Some has also shared memes mimicking the Saudi men’s response to the news, who were split in opinions between glad to ditch the law while others considered this step as the first to deprive them of their “control over women.”