What causes dizziness when lying down?

A common cause of dizziness when lying down is benign paroxysmal positional vertigo, a condition where tiny crystals that help sense gravity in one...

People with benign paroxysmal positional vertigo (BPPV) experience benign, or not life-threatening, paroxysmal, or sudden and short, periods of vertigo. Vertigo is a type of dizziness where the room feels like it is spinning.

The symptoms of BPPV are usually brought on by changes in head position or movement. 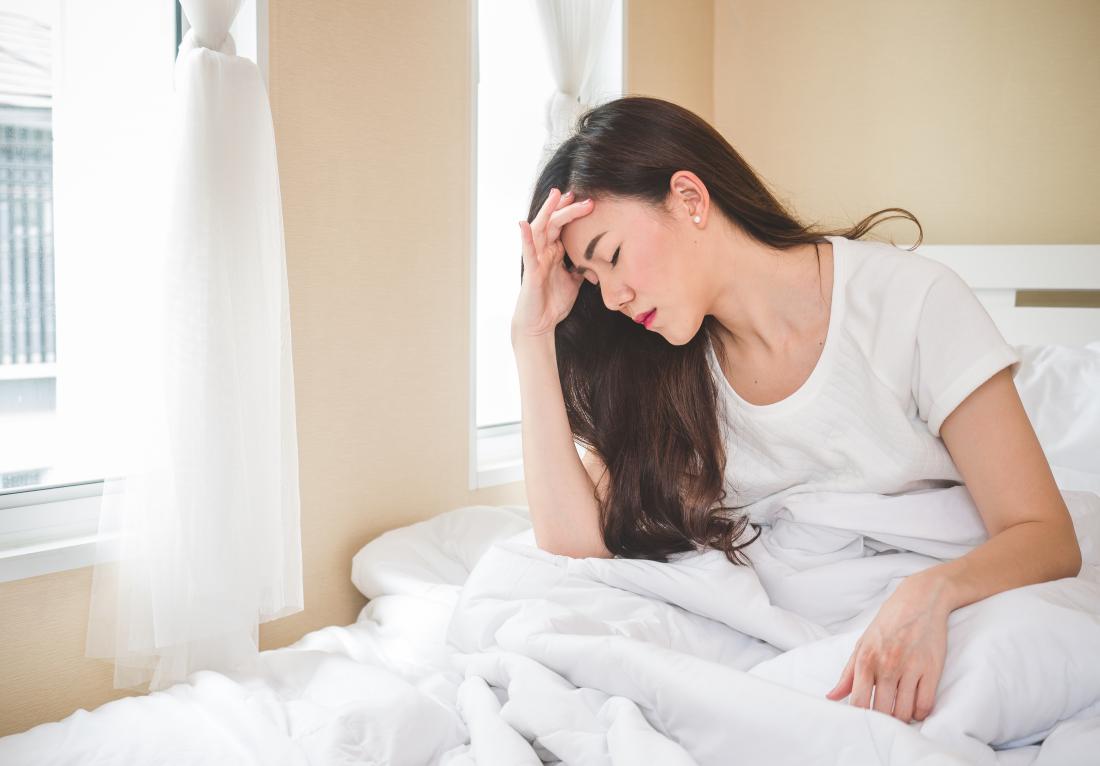 People with BPPV may experience vertigo when getting up after lying down.

In many cases, BPPV seems to develop randomly. However, a few conditions may cause or influence BPPV, including:

BPPV usually occurs when calcium carbonate crystals, or otoconia, that sit in a gravity-sensing part of the ear called the utricle become dislodged. They then move to the fluid-filled, motion-sensing semicircular canals.

If enough otoconia accumulate in any of the canals, it can disrupt the fluid movement the canals use to detect head motion.

When the brain compares this false message from the inner ear with information from the other senses and organs, it cannot make them match, so it recognizes it as a spinning sensation.

This miscue causes nystagmus, a condition where the eyes move uncontrollably back and forth or up and down, making it seem like someone’s surroundings are spinning.

People with BPPV experience vertigo, a sudden sensation that everything around them is spinning when it is not. People experiencing vertigo because of inner ear problems, typically, also have nystagmus, or uncontrollable eye movement.

People with BPPV may experience the specific sensation of vertigo in various ways. They may also experience it differently, depending on the movement that triggers the symptoms.

The spinning or whirling sensation of vertigo can be rotary, a feeling similar to having just gotten off a merry-go-round. Vertigo can also make it feel as though the ground is tilting up and down, a sensation similar to being on a boat.

In most cases, BPPV prompts vertigo only after certain types of movement or actions that cause the head to change position in relation to gravity, such as:

Most people who wake up with vertigo tend to have BPPV. The type of vertigo BPPV usually causes will last for 1 minute or less. Some people with BPPV are symptom-free between spells of dizziness, but others continue to feel a lack of balance all or most of the time.

Vertigo is the primary symptom that BPPV causes. However, the uneasy feeling of vertigo can cause other symptoms such as:

Typically, BPPV is not a serious condition. The greatest risk is injury from falling or being off balance.

People with vertigo should seek emergency medical care if they experience additional symptoms that do not have links to BPPV, such as: 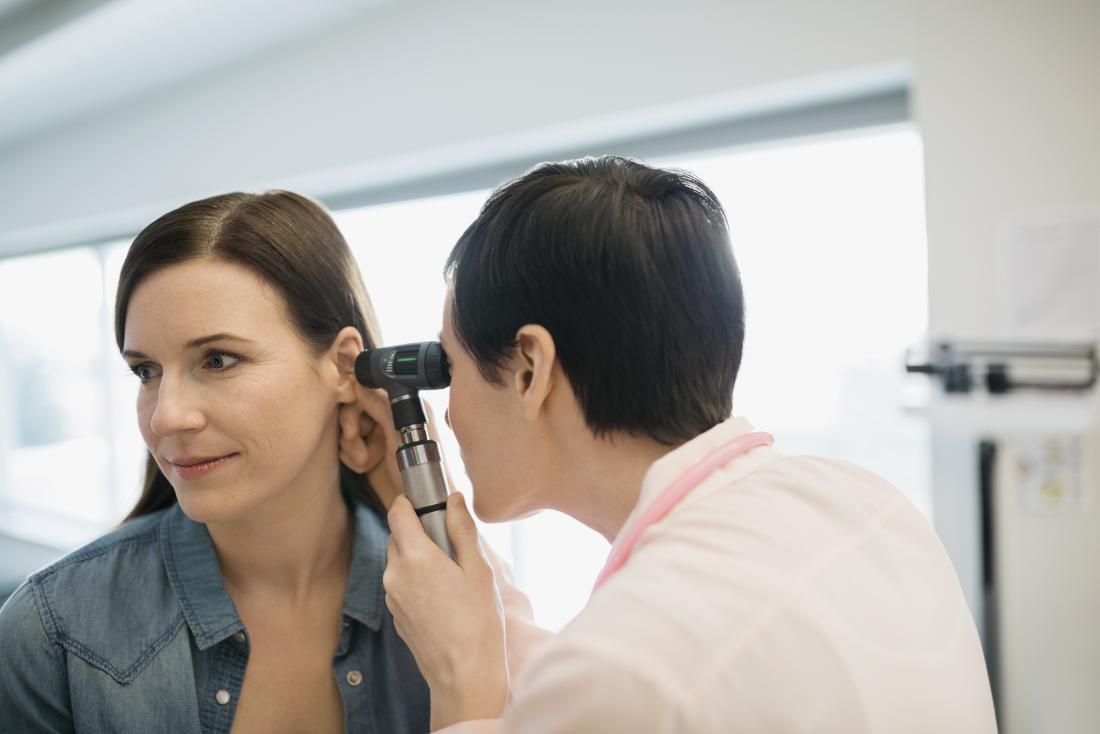 A doctor will rule out other conditions before referring a person to a specialist.

A doctor may start diagnosis by ruling out all possible cardiovascular, head, neurological, and neck conditions.

They may then refer people to a specialized health professional, such as an ear, nose, and throat doctor or vestibular rehabilitation therapist.

The specialist will get a person to move their head in certain ways to see what movements cause symptoms.

While someone is experiencing vertigo, the specialist will carefully watch their nystagmus for specific patterns that allow for confirmation of BPPV. This also helps to determine which ear and which canal the displaced otoconia are occurring.

By some estimates, between 60% and 90% of all cases of BPPV involve the posterior semicircular canal.

To properly treat BPPV, a specialist will also need to determine which type of BPPV someone has. This may be canalithiasis or cupulolithiasis.

Canalithiasis is the most common form of BPPV and involves otoconia that move freely in the ear canal fluid.

Cupulolithiasis is much rarer than canalithiasis and involves otoconia that are stuck on the bundle of nerves that sense the fluid movement in the canal.

Symptoms of BPPV tend to lessen over time as the brain adjusts to the misinformation coming from the inner ear. In some cases, BPPV resolves randomly after a few days or weeks.

Once the specialist knows where the dislodged otoconia are, and whether someone has canalithiasis or cupulolithiasis, they may treat BPPV using canalith repositioning maneuvers, or CRM.

CRM is a specific series of head movements that allow gravity to guide the otoconia to a place in the inner ear that can reabsorb them.

There are different methods of CRM, and which one someone receives depends on their specific diagnosis.

If someone with BPPV does not experience relief from symptoms after the Epley maneuver, a doctor or specialist will usually keep repeating it until they do.

Cupulolithiasis may improve using the liberatory maneuver. This technique involves rapidly moving the head in the plane of the affected ear canal to try and shake free the displaced otoconia.

Once the otoconia are free, the maneuver guides them out of the canal and back to their proper chamber using another method of CRM.

How effective are treatments?

It can take several sessions to resolve BPPV completely using CRM methods, but most people do fully recover. By some estimates, upwards of 90 percent of all BPPV cases resolve after between one and three CRM treatments.

But cases involving cupulolithiasis can take longer to treat successfully. Similarly, if someone has otoconia in more than one semicircular canal, a doctor or therapist will have to correct each individually, making the recovery process longer.

Even after the vertigo itself has gone, many people recovering from BPPV still feel sensitivity to motion and unsteadiness. A doctor or therapist will usually explain at-home exercises that can help reduce these residual feelings fairly quickly.

Cases of BPPV can resolve randomly, and a specialist may also perform CRM methods on someone with BPPV that causes dizziness while they are lying down.

However, as many as 50% of people experience a return of symptoms within 5 years. The earlier and more thorough BPPV treatment is the more successful the outlook is in the long-term.

If someone has the same type of BPPV in the same canal repeatedly, a doctor or therapist may teach the person how to do the CRM at home.