Breakthrough research has yielded a cluster of genetic markers that could form the basis of a blood test for PTSD. A new blood test... 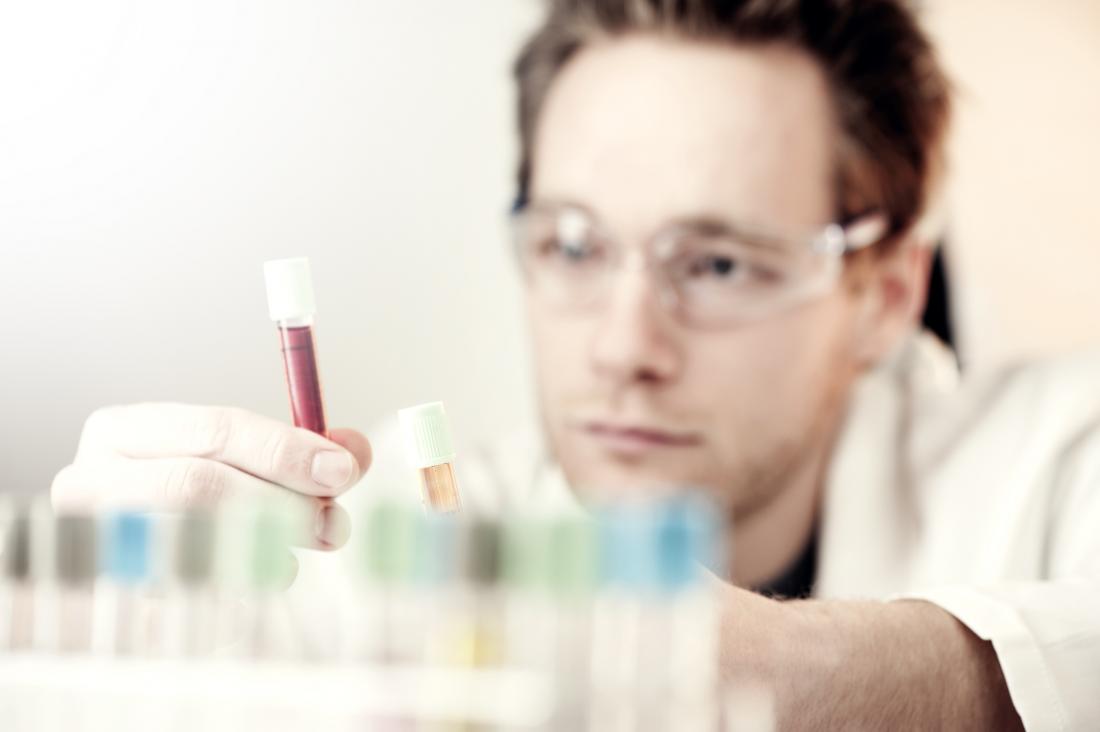 A new blood test for PTSD may be in sight.

Scientists at the Indiana University School of Medicine in Indianapolis suggest that their findings could lead to more accurate diagnoses of post-traumatic stress disorder (PTSD).

“Stress disorders, such as [PTSD],” they note in a Molecular Psychiatry paper about their study, “are prevalent, disabling, and underdiagnosed in both the military and civilian realm.”

They also propose that the “biomarker gene expression signatures” that they identified could help to identify more effective therapeutic compounds and improve the precision of treatments.

In addition, testing blood samples for the genetic markers could help to identify people who might be at risk for future traumatic stress.

For their investigation, the researchers recruited and followed more than 250 veterans who were receiving treatment at the Indianapolis VA Medical Center.

The 10-year study began with a robust series of steps to identify and then whittle down candidate genes to those that most precisely tracked stress levels. The team describes the steps as “discovery, prioritization, validation, and testing.”

While the data for the investigation came from a military population, senior study author Alexander B. Niculescu, who is a professor of psychiatry, says that the findings have “broader relevance for not just veterans but the general public.”

“Countless people,” he adds, “are underdiagnosed with stress disorders, which may manifest themselves by drinking more, other addictions, suicide, or violence.”

After experiencing or witnessing a life-threatening event, such as a car wreck, violent assault, terrorist attack, armed combat, or a natural disaster, it is normal for people to keep remembering the episode, feel upset or edgy, or have disrupted sleep.

Some people may find resuming normal daily life very difficult at first, whether it is going to work, attending classes, driving, taking the bus, or just being with family and friends.

For most people, however, things gradually improve in the weeks or months after the traumatic event. But if they don’t, it could be because they have PTSD.

With PTSD, the symptoms don’t drop off. They can endure or come and go with the same intensity. PTSD can also strike after a period with hardly any symptoms.

PTSD can affect anyone. However, there are some factors, such as suffering an injury or experiencing long-lasting and intense trauma, that can make it more likely that PTSD will develop.

People who have experienced sexual assault, or who have been in combat, for instance, are more likely to develop PTSD.

Traumatic events are not uncommon, and many people have experienced them. In the United States, for example, at least 50 percent of people have been through at least one life-threatening experience in their lives. Of these, around 10 percent of men and 20 percent of women will develop PTSD.

The recent study began with a search for stress-related genes in the blood samples that the veterans gave during several visits.

By comparing blood samples of the veterans from when they were in high and low states of stress, the team was able to pinpoint which of the 20,000 or so genes in the human genome underwent the most significant changes in expression.

By pursuing the stepwise method, the team was able to reduce the number of items of interest to 285 genetic markers associated with 269 genes.

The researchers cross-checked with health records and psychiatric test results in independent groups within those enrolled in the study. The checks revealed that certain genetic markers “were predictive of high-stress states and of future psychiatric hospitalizations related to stress […].”

The investigators also compared the genetic markers with other markers of aging and stress. One of these was the length of telomeres, which are the caps on the ends of chromosomes that protect the integrity of the DNA inside them.

‘Towards precision medicine’ for PTSD

This further analysis showed how “biomarker signatures” could help to identify which natural and synthetic compounds with the potential to treat PTSD might most benefit particular individuals.

In addition, the team found that more than “half of the top predictive biomarkers for stress also had prior evidence of involvement in suicide, and the majority of them had evidence in other psychiatric disorders, providing a molecular underpinning for the effects of stress in those disorders.”

Prof. Niculescu likened their sampling and checking process to what already happens in other medical fields, such as in cancer treatment where biopsies help doctors to decide how best to target the disease on an individual basis.

The team is now pressing on with securing funding to help translate the research findings, in collaboration with others, into clinical practice.

“By understanding in a biological way a patient’s illnesses and their mental health challenges, we could treat what they have better, preventing future episodes.”