Some types of cancer, such as ovarian cancer, tend to remain undetected until they are too advanced for treatment to be effective. Now, an... 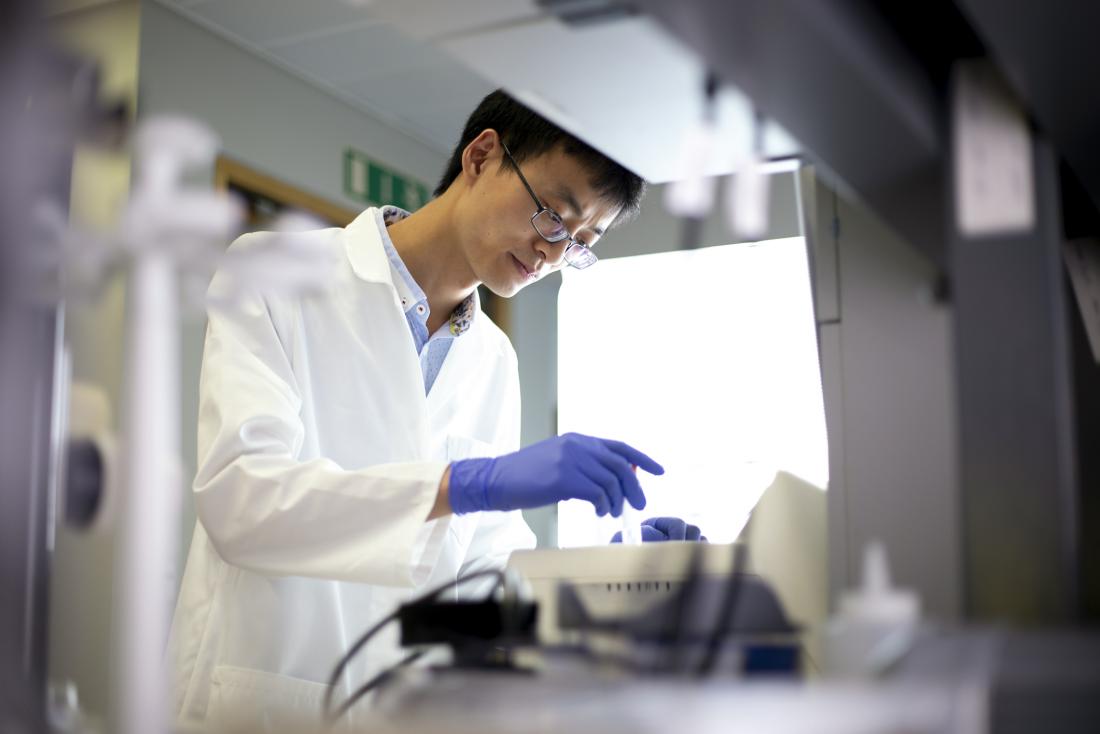 In a bid to find a simple, effective way of identifying hard-to-diagnose cancers, researchers from the University of Kansas (KU) in Lawrence and the KU Cancer Center and KU Medical Center in Kansas City have now developed an ultrasensitive cancer-detecting device.

The device, which is called a “3-D-nanopatterned microfluidic chip,” could successfully detect cancer markers in the tiniest drop of blood or in a component of the blood called plasma.

Lead author Yong Zeng, an associate professor of chemistry at KU, and his team describe how the novel tool works in a paper that the journal Nature Biomedical Engineering has published.

This device, the scientists explain, identifies and diagnoses cancer by “filtering” for exosomes, which are tiny vesicles that some eukaryotic cells produce.

In the case of cancer cells, exosomes contain biological information that can direct tumor growth and spread.

“Historically, people thought exosomes were like ‘trash bags’ that cells could use to dump unwanted cellular contents,” Zeng explains. “But, in the past decade,” he adds, “scientists realized they were quite useful for sending messages to recipient cells and communicating molecular information important in many biological functions.”

The novel device is a 3-D nanoengineering tool with a herringbone pattern that “combs” for exosomes, pushing them to come into contact with the surface of the tool’s chip for analysis. This process is called “mass transfer.”

“People have developed smart ideas to improve mass transfer in microscale channels, but when particles are moving closer to the sensor surface, they’re separated by a small gap of liquid that creates increasing hydrodynamic resistance,” notes Zeng.

“Here, we developed a 3-D nanoporous herringbone structure that can drain the liquid in that gap to bring the particles in hard contact with the surface where probes can recognize and capture them,” he further explains.

In order to develop this state-of-the-art device, Zeng and team collaborated with Andrew Godwin, who is an expert in tumor biomarkers and the current deputy director of KU Cancer Center.

To test the chip’s effectiveness, the researchers used clinical samples from individuals with ovarian cancer, a type of cancer that is notoriously hard to detect.

In doing so, the team found that the chip was able to detect the presence of this cancer in even the tiniest amount of plasma.

“Our collaborative studies continue to bear fruit and advance an area crucial in cancer research and patient care — namely, innovative tools for early detection,” says Godwin, pointing out that, “This area of study is especially important for cancers such as ovarian, given the vast majority of women are diagnosed at an advanced stage when, sadly, the disease is for the most part incurable.”

The researchers are also thrilled that the new device is easy to make, as well as being cheap to produce, meaning that wide distribution could be possible without increasing patient costs.

“What we created here is a 3-D nanopatterning method without the need for any fancy nanofabrication equipment — an undergraduate or even a high school student can do it in my lab,” notes Zeng.

“This is so simple and low-cost it has great potential to translate into clinical settings,” he emphasizes, explaining that the team “[has] been collaborating with Dr. Godwin and other research labs at the KU Cancer Center and the molecular biosciences department to further explore the translational applications of the technology.”

Even more importantly, Zeng and colleagues argue that this innovative device is, in principle, very adaptable. They believe that in the future, doctors could use it to diagnose many different forms of cancer, as well as other diseases.

“Now, we’re looking at cell-culture models, animal models, and also clinical patient samples, so we are truly doing some translational research to move the device from the lab setting to more clinical applications,” the lead researcher says.

“Almost all mammalian cells release exosomes, so the application is not just limited to ovarian cancer or any one type of cancer. We’re working with people to look at neurodegenerative diseases, breast and colorectal cancers, for example.”