Medical News Today: Frequent urination at night may be a sign of hypertension

A new study conducted in Japan found that the need to urinate in the night, called nocturia, may be linked to hypertension and high... 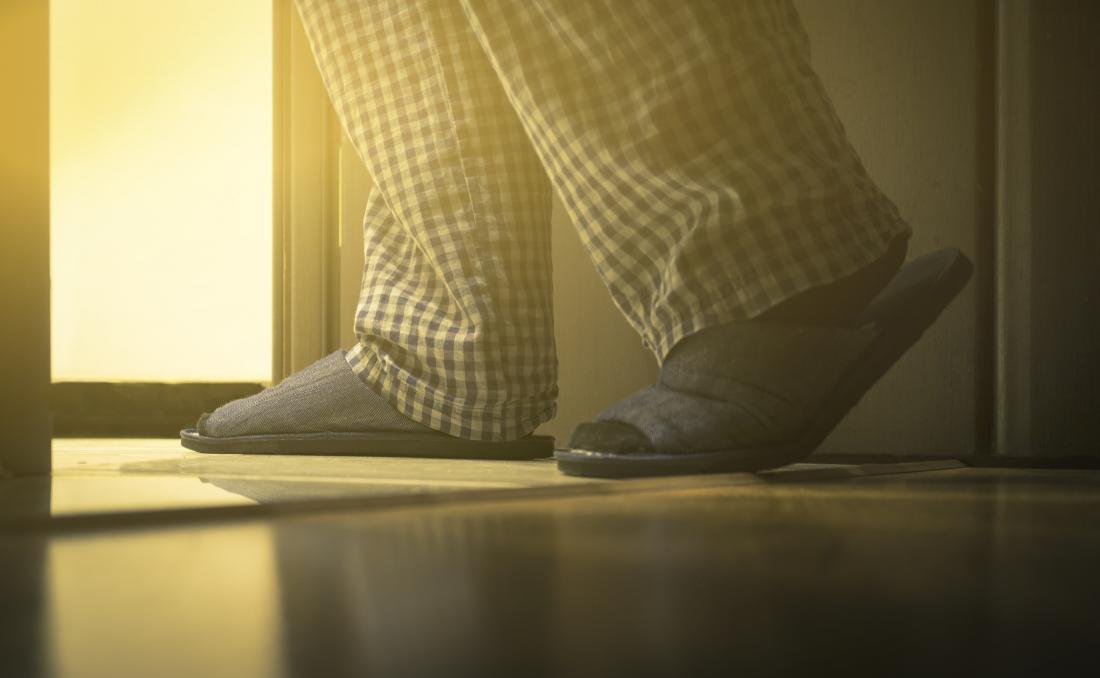 Frequently going to the toilet at night may be a sign of high blood pressure, according to a new study.

Nocturia is a condition in which people wake up during the night because they need to urinate. Common causes of frequent trips to the toilet at night include high fluid intake, sleep disorders, and bladder obstruction.

People without nocturia can sleep up to 8 hours without having to urinate, but some may need to get up once during the night — one episode is still considered within normal limits. Individuals with nocturia may get up 2–6 times during the night.

Nocturia may be a sign of other health conditions, including bladder prolapse, a tumor of the bladder or prostate, and other disorders affecting sphincter control. Pregnant women and people with heart or liver failure and diabetes may also experience nocturia.

As we get older, our bodies produce less of an antidiuretic hormone that enables us to retain fluid — this leads to more urine production during the night. Older adults also tend to lose holding capacity and are more likely to have medical issues that impact the bladder.

According to a 2003 poll from the National Sleep Foundation, approximately two-thirds of responders, who were between the ages of 55 and 84, reported that they experienced nocturia at least a few nights per week.

A team of researchers presented the results of their recent study at the 83rd Annual Scientific Meeting of the Japanese Circulation Society. According to their findings, trips to the toilet to urinate at night may be linked to excessive salt intake and high blood pressure.

“Our study indicates that if you need to urinate in the night — called nocturia — you may have elevated blood pressure and/or excess fluid in your body,” says study author Dr. Satoshi Konno, of the Division of Hypertension at the Tohoku Rosai Hospital in Sendai, Japan.

Previous research showed that excessive daily salt intake and hypertension have a negative impact on nocturia. In Japan, people generally consume significantly more salt than those in Western countries, and for this reason, the Japanese population may be at higher risk of developing high blood pressure.

Though people in other countries tend to have different eating habits when it comes to salt, the results of these studies suggest that appropriate control of salt intake and blood pressure might be important for the treatment of nocturia, regardless of nationality.

Is there a causal relationship?

The researchers enrolled 3,749 residents of the town of Watari who had undergone an annual health check in 2017 and gathered information about their blood pressure levels and nocturia using questionnaires.

The data showed that getting up in the night to urinate was associated with a 40 percent greater chance of having high blood pressure, and the risk of hypertension rose significantly as the number of nocturia events per night increased.

Dr. Konno says that the results do not prove a causal relationship between nocturia and hypertension, and they may not apply to people who live outside Japan. “The relationship may be influenced by various factors including lifestyle, salt intake, ethnicity, and genetic background,” the researcher explains.

Dr. Harada adds that early detection and management of hypertension are crucial to prevent heart disease. It is important to research and understand the cause of nocturia in patients because this disorder can not only result from urinary organ problems — it may also be caused by diseases such as hypertension.

Professor and president of the European Society of Cardiology (ESC) Barbara Casadei notes: “More than 1 billion people have high blood pressure, worldwide. High blood pressure is the leading global cause of premature death, accounting for almost 10 million deaths in 2015. ESC guidelines recommend medication to reduce the risk of stroke and heart disease.”