A new Saudi-produced series has been making waves in Saudi Arabia for highlighting one of the most controversial turning points of Saudi modern history,... 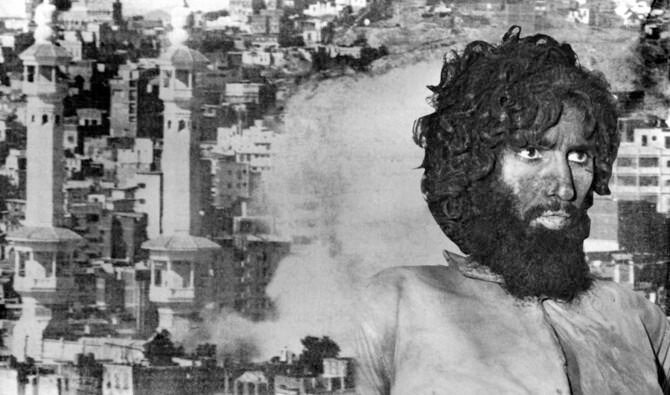 A new Saudi-produced series has been making waves in Saudi Arabia for highlighting one of the most controversial turning points of Saudi modern history, the “Grand Mosque Seizure” that took place in the 1970s.

The two-season soap opera “Al-Assouf” has been controversial since it was first broadcast in 2017. Its first season highlighted stories of women giving birth out of wedlock, love affairs between a man and his neighbor’s wife and the main characters appearing in night clubs, breaking cultural taboos in the ultra-conservative Kingdom.

Recently, the trailer of the second season, scheduled to broadcast during Ramadan 2019 drama season on MBC TV channel, has been released, showing scenes in reference to the Grand Mosque Seizure incident that has been for so a taboo issue inside Saudi Arabia.

The soap opera crew claimed their aim is to portray the Saudi society during the 1970s period of time when the Kingdom was more liberal than it became in the following three decades. It is also aimed at dismantling the extremist ideology that was the result of years of oppression and isolation from openness.

Yet, a wave of controversy and criticism took social media by storm since the moment when the trailer was released.

On hashtag #قاطعوا_عاصوف_MBC [Boycott MBC’s Al-Assouf], Saudis went to criticize the series and the audacity of its producers to discuss such issues that have been labeled as a taboo for decades.

Translation: “We are all against bringing back the 40-year-old story of Juhayman al-Otaybi [the leader of Mecca’s seizure] to let everyone know about it! What are we going to get from talking about it again? Juhayman’s son is now an official in the National Guard and he is serving the country. May God forgive his Juhayman, he did something wrong and will be judged about it.”

Some critics said “Al-Assouf”’s first season did not offer any real representation about Saudi Arabia at that time and it aims at misrepresenting clerics and the Saudi society.

Translation: “The liberals comments only highlight their hatred of religion and the Saudi people. Al Assouf series only aims at misrepresenting clerics and the Saudi society and traditions. But all we can say is your endeavors failed.”

On the other hand, some people supported the series and seemed to like the idea of discussing such a turning point that changed the Kingdom since then and to learn from it.

Translation: “We won’t boycott it. However, we will support any work that highlights the dangers of terrorism and extremism. We should see something on what happened in 1979.”

It is believed to follow recent remarks made by Saudi Arabia’s de-facto power, Crown Prince Mohammed bin Salman, aka MBS who has promised to restore the Kingdom to a period before the 1970s when society was more tolerant and before the “Islamic awakening” movement hit the country.

In fact, the series and the controversy surrounded it highlights the social and cultural clash in Saudi Arabia that has been ongoing for the past few years in the ultra-conservative society.

On the ‘Grand Mosque Seizure’ Story

The social and even political changes took place in the Kingdom at that period, were believed to result from the Iranian Islamic Revolution that had widely affected the Kingdom and the Middle East as well.

In 1979, a group of armed men had broken into Mecca, the Muslim’s holiest mosque, and violently took control over it. They claimed one of them was the Mahdi [the guided one], who would arrive on earth several years before Judgement Day.

The event shocked Saudi Arabia and the world as well. Saudi Arabia invited both the Pakistani military’s Special Forces and French National Gendarmerie Intervention Group (GIGN) units to support his forces in the operation that required the total evacuation of Mecca city and continued for two weeks amid a media blackout.