ASSEN, Netherlands (AP) — Maverick Vinales held off world champion Marc Marquez to win his first MotoGP race of the season at the Motul... 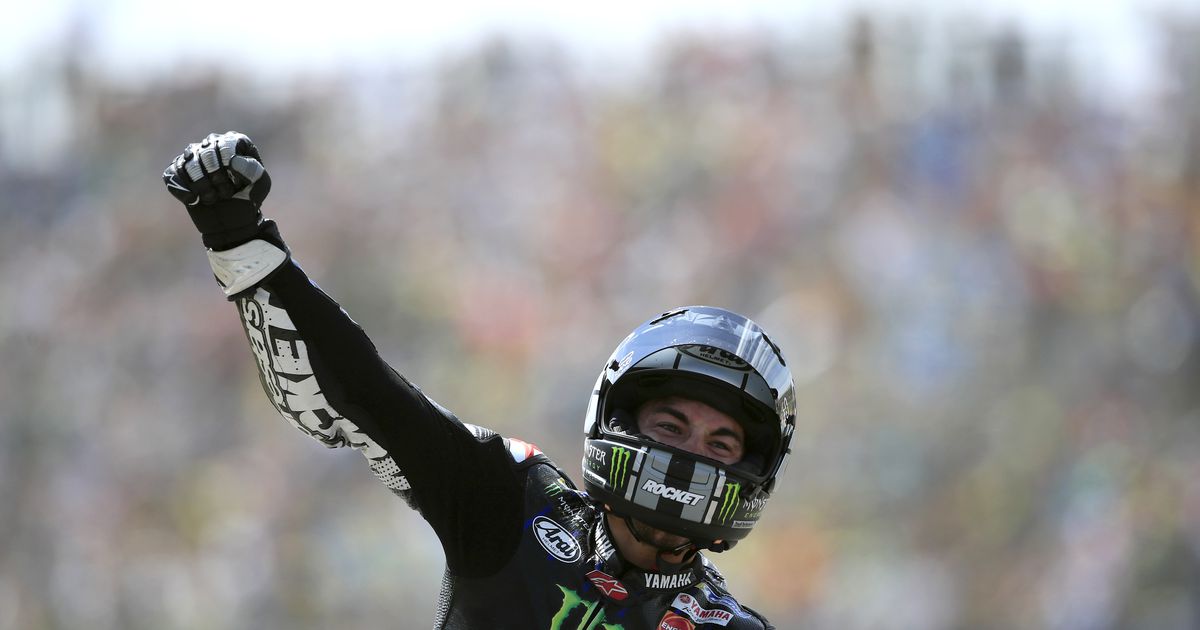 While Vinales won on his Yamaha in hot, dry conditions in the northern Dutch city, fellow Spaniard Marquez extended his lead at the top of the season standings over second-placed Andrea Dovizioso, who finished fourth.

After starting from pole, 20-year-old Frenchman Fabio Quartararo finished third on his Yamaha.

Alex Rins, third in the season standings, fell and did not finish. Crowd favorite Valentino Rossi also crashed out and was unable to complete the race.

Tony Arbolino won his second Moto3 race of the season after holding off Lorenzo Dalla Porta.