Unidentified masked gunmen have raided the offices of television stations in the Iraqi capital amid a violent crackdown on protests that has left around... 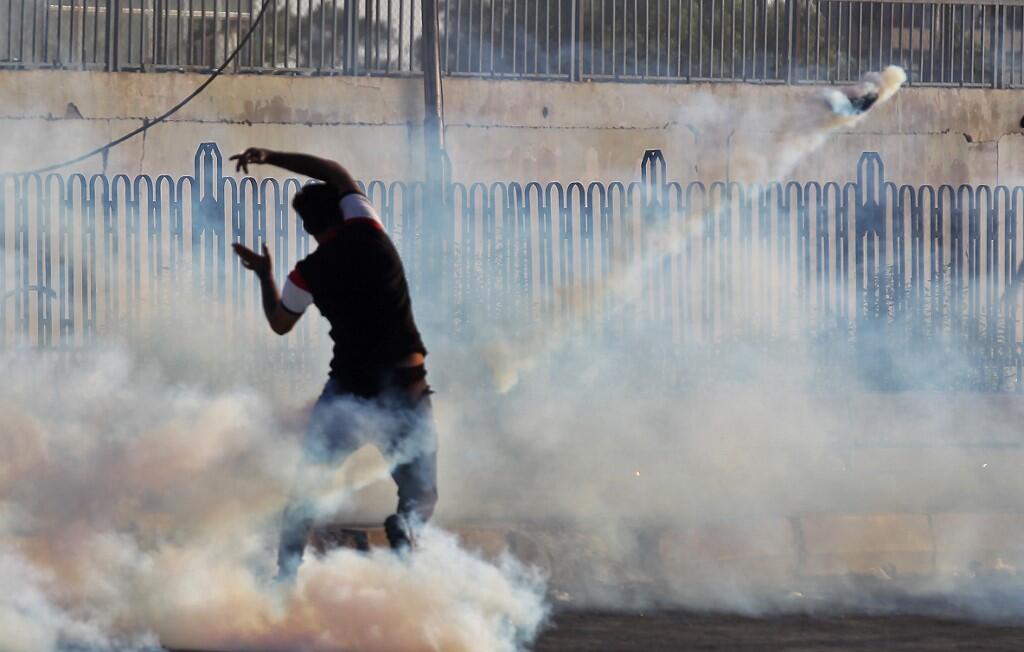 Unidentified masked gunmen have raided the offices of television stations in the Iraqi capital amid a violent crackdown on protests that has left around 100 dead.

All of the stations attacks were networks that had broadcast footage of the ongoing demonstrations in stark contrast to state television.

As many as eight station offices may have been raided on Saturday.

The Saudi-owned Al-Arabiya news channel said masked gunmen who arrived in black cars wearing black clothes had stormed the offices of the station on Saturday evening, beating up some of the employees and smashing equipment before they fled, The Associated Press reported.

The channel had been receiving threats for several days, its Baghdad correspondent, Majed Hamid, said.

Unidentified gunmen also raided the offices of Iraq’s Dajla and NRT news channels in Baghdad, according to employees at the stations, both privately owned.

“They ransacked the offices, destroyed their equipment and broadcast facilities,” she said in a tweet on Saturday night.

Sharing a testimony she said had been gathered from an employee of one of the stations, Osman wrote: “Armed men… lined up the staff on the floor. They beat the staff up, took their wallets & phones.

“They took all the computers and the safe. They broke all the video walls and all the built-in equipments. They burnt down the studios we presented our programmes from and left. They did the same with the other channels.”

No group has claimed responsibility for the raids, but press freedom advocates have placed the blame on the Iraqi government, either for explicitly ordering the attacks or failing to intervene.

Critics say the attacks are part of a government plan to supress local coverage of the protests.

The internet shutdown had prohibited most of the country – barring the autonomous Iraqi Kurdistan region – from going online.

Read more: Why are people protesting in Iraq?

At least 99 people have died and nearly 4,000 have been wounded since protests broke out on Tuesday, according to the Iraqi parliament’s human rights commission.

A total of 540 demonstrators have been arrested, of whom nearly 200 remain in custody, the panel added.

The unrest is the most serious challenge for the year-old government of Prime Minister Adel Abdel Mahdi.

The mostly leaderless protests have been concentrated in Baghdad and in predominantly Shia areas of southern Iraq, bringing out jobless youths and university graduates who are suffering under an economy reeling from graft and mismanagement.