KUALA LUMPUR (THE STAR/ASIA NEWS NETWORK) – The High Court in Malaysia has dismissed former prime minister Najib Razak’s application to strike out the... 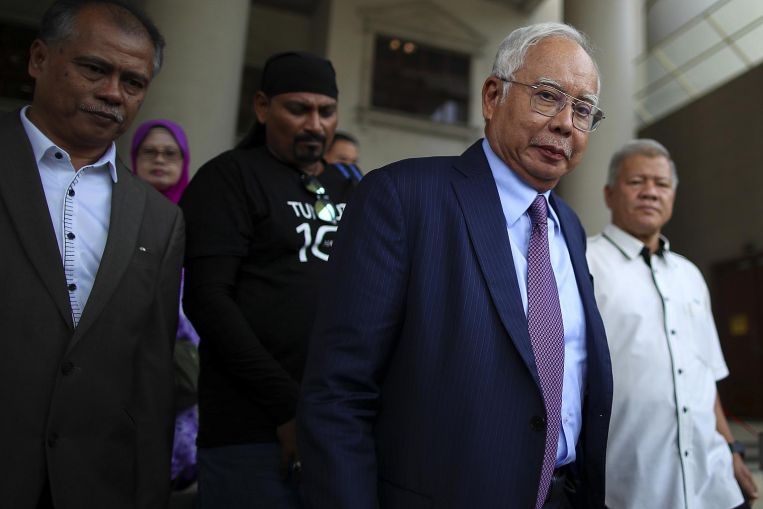 KUALA LUMPUR (THE STAR/ASIA NEWS NETWORK) – The High Court in Malaysia has dismissed former prime minister Najib Razak’s application to strike out the charges in his corruption trial.

Justice Mohd Nazlan Mohd Ghazali ruled that the charges against Najib were not structured in a way that could mislead or prejudice him to the point he could not put up a proper defence.

“For the following broad reasons, this application is denied,” he said.

Last Friday (April 26), Najib’s defence lawyers argued that the charges could prejudice the case, as they lacked clarity and clashed with one another.

The former Solicitor-General II Mohd Yusof Zainal Abiden said that the charges of criminal breach of trust (CBT) lacked clarity, failing to specify which of the five possible types of CBT were alleged to be committed.

Defence lawyer Kamarul Hisham Kamaruddin added the charges of corruption were at odds with each other and could not be tried concurrently with CBT.

Referring to the RM42 million (S$13.8 million) at the heart of Najib’s charges, Datuk Kamarul Hisham said the money could not be both gratification and money obtained via a breach of trust.

Ad-hoc prosecutor V. Sithambaram replied that the charges were not vague, as they should be read together with supplementary documents furnished by the prosecution as per Section 51A of Criminal Procedure Code.

He added that Parliament created specific laws for different crimes, so it was fair bring charges under each law.

On July 4, last year, Najib claimed trial to a charge of abuse of power and three counts of CBT linked to the 1Malaysia Development Berhad scandal.

On Aug 8, he appeared in court again for the second time and was charged with three counts of money laundering involving the same RM42 million.