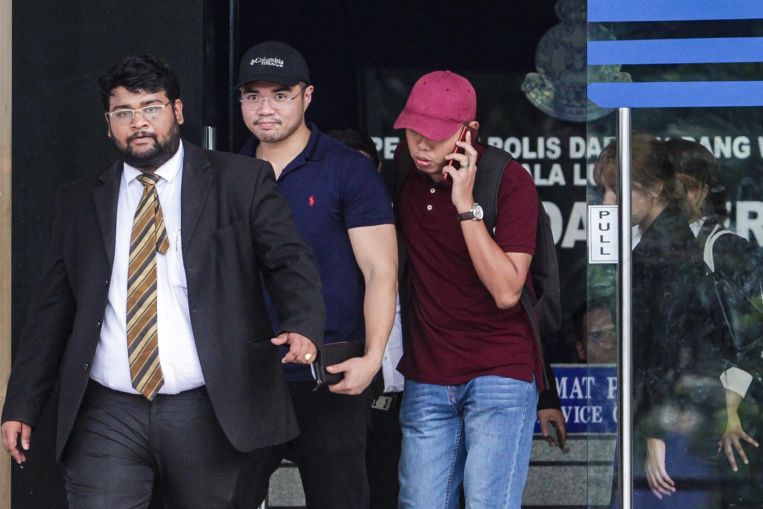 The six were arrested at 8.30pm on Sunday (July 14) in connection to the video clips which implicated Economic Affairs Minister Mohamed Azmin Ali, The Star quoted sources as saying.

They were taken to the Kuala Lumpur magistrate’s court on Monday to be remanded for six days to assist investigations.

The six are under investigation for distributing pornography, under the Communications and Multimedia Act 1998.

News portal Free Malaysia Today said besides Mr Haziq, one of those arrested is a Parti Keadilan Rakyat (PKR) division leader in Selangor.

This comes after Malaysia’s national police chief Abdul Hamid Bador said on Saturday that police are closing in on an “alliance” behind the sex video.

After the video spread, Mr Haziq, the former PKR youth chief in Santubong, Sarawak, on June 12, confessed on social media that he was one of the men appearing in the video.

He also alleged that the other man was Mr Azmin and urged the country’s anti-graft agency to investigate the latter for corruption.

On June 19, Mr Haziq was issued a show-cause letter by the party disciplinary board and given 14 days to respond. A day later, the Ministry of Primary Industries announced that he had been sacked from his post of senior private secretary to the Deputy Primary Industries Minister.

Mr Haziq was expelled from the PKR, a member of the ruling Pakatan Harapan coalition, on July 3. The party’s disciplinary board said it recommended that he be expelled for openly accusing the party leadership of corruption, without giving evidence.

Mr Azmin has denied any involvement in the video, dismissing the scandal as a “nefarious plot” to destroy his political career.