KUALA LUMPUR (THE STAR/ASIA NEWS NETWORK) – Tun Dr Mahathir Mohamad says he will not step down as prime minister until he has resolved... 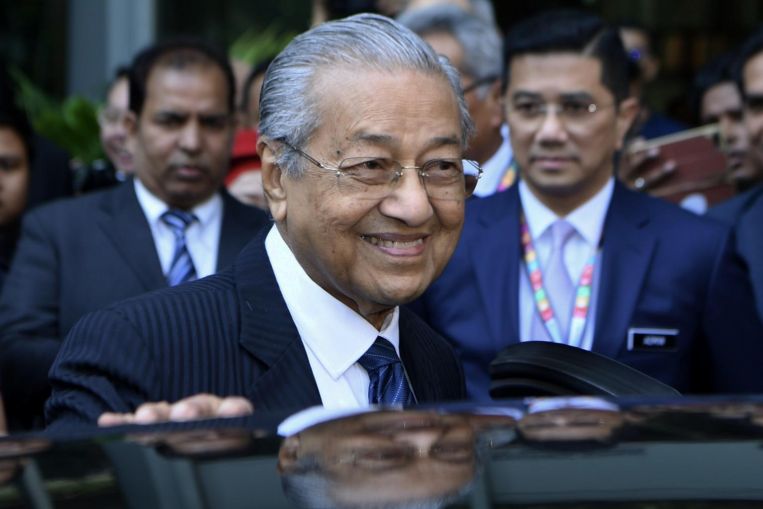 KUALA LUMPUR (THE STAR/ASIA NEWS NETWORK) – Tun Dr Mahathir Mohamad says he will not step down as prime minister until he has resolved the problems facing the country.

The problems, he said, included recovering the billions lost through 1MDB, finding and trying Jho Low and stamping out corruption in the public service.

In an interview with the Financial Times, Dr Mahathir said there was no actual date or time mentioned (for him to step down).

“The actual time that I will be there depends on the problems that we face.”

“I’ve had some experience solving financial problems, so they want me to solve the problems before I step down, ” he said.

“I mentioned at the time when they appointed me that I would not be permanently there, that means that I wouldn’t finish a whole term, ” he said.

Asked if he still stood by his insistence that PKR president Datuk Seri Anwar Ibrahim would be the person to succeed him, Dr Mahathir said yes without hesitation and pointed out that he had promised this.

Dr Mahathir was also asked about conspiracy theories that he did not plan to leave the prime minister’s post.

He explained that he needed to be careful in appointing a successor due to his previous “mistakes”.

“I have made many mistakes in appointing my successors, so I don’t want to make another mistake this time, ” he said.

When asked if his reluctance to relinquish the position quickly also meant he considered himself the only person suited to the challenge of leading Malaysia now, Dr Mahathir said: “At the moment, maybe.”