Zakir Naik said the ‘vilification campaign’ against him is now in ‘full swing’ Kuala Lumpur, Malaysia – The Malaysian government has announced... 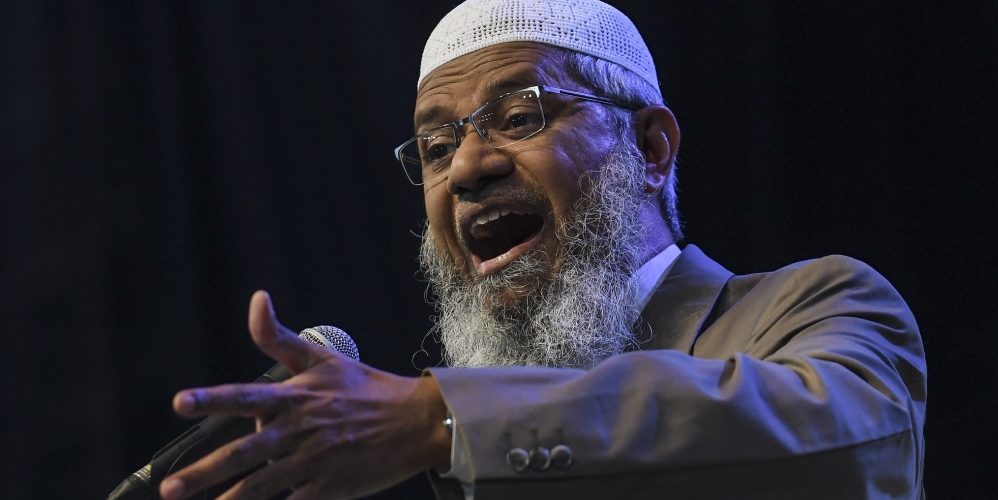 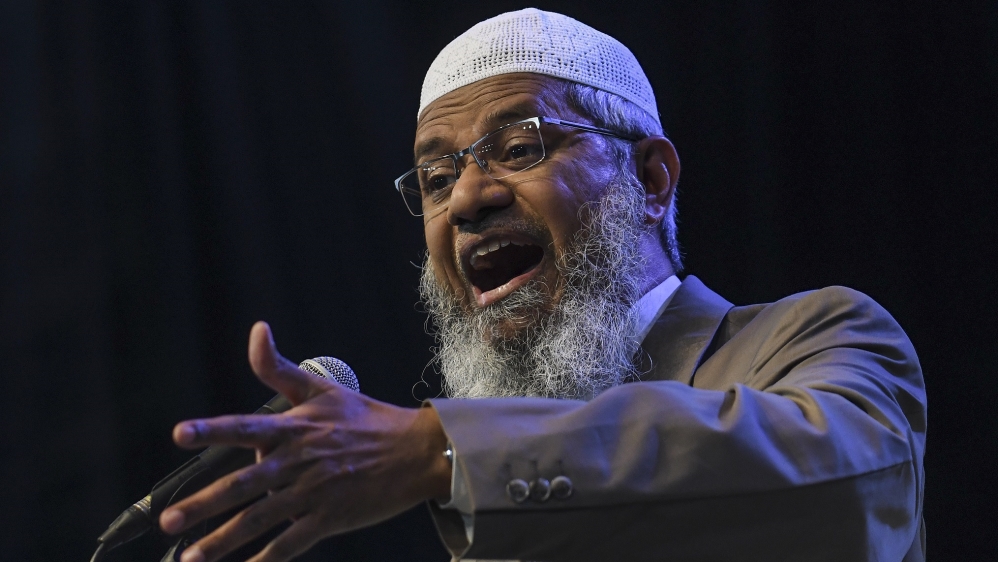 Zakir Naik said the ‘vilification campaign’ against him is now in ‘full swing’ [File: Stringer/EPA]

Kuala Lumpur, Malaysia – The Malaysian government has announced that it will summon Indian Muslim preacher Zakir Naik over controversial statements he made about ethnic minorities in the country, as Prime Minister Mahathir Mohamad and his cabinet consider their options amid contentious debate on his possible deportation.

Home Affairs Minister Muhyiddin Yassin said in a statement late on Thursday that the police will question Naik following his remark about Malaysians of Chinese and Hindu background.

Muhyiddin made the statement as Singapore’s Straits Times reported that Mahathir’s cabinet members have agreed during their meeting on Wednesday that Naik should leave the country.

The police has also confirmed that Naik is under investigation, adding that the agency received at least 115 complaints against the preacher. It would not say when Naik will appear to answer the complaint.

Criminal Investigation Division director Datuk Huzir was quoted by Bernama state news agency as saying the Naik’s case is being investigated “for intentional insult with intent to provoke a break of peace”.

According to reports, the police has also warned Naik not to speak at a three-day conference for Muslim converts starting on Friday.

For his part, Muhyiddin said the enforcement agencies “will not hesitate to take legal action against anyone who threatens the harmony and public order of the country.”

“I wish to draw attention to the tendency of various parties who spread fake news and make racist statements without consideration for the sensitivity of the people in this multi-racial country.”

“Investigations are in progress,” Muhyiddin said, adding that several others are also being questioned and some are currently being monitored.

Naik, a citizen of India, has been granted permanent residency in Malaysia by the previous government. He was forced to leave India in 2016, saying he was subjected to harassment and religious persecution by the Hindu nationalist government of Prime Minister Narendra Modi.

Controvery arose in recent days after Naik suggested in a video address that ethnic Chinese minorities should leave first, while addressing calls for him to be expelled. He referred to the ethnic Chinese as “guests”.

Naik accused the media of misinterpreting his words, but his comments quickly spread dominating the political discussion in the country for days.

In a follow up statement published on Thursday, he said that the “vilification campaign” against him is now in “full swing” and is being done “with a political motive”.

Abdul Hadi Awang, president of the Malaysian Islamic Party (PAS), defended Naik saying in a statement that it is the “obligation” of Muslims “to defend their religion and protect its preachers.”

Nik Mohamad Abduh Nik Abdul Aziz, a parliament representative and PAS member, also said that “no Muslim would be happy” if Naik is  “thrown out of the country, unless he is a hypocrite and a big sinner.”

Muslims make up about 60 percent of its 32 million people. The rest are mostly ethnic Chinese and Indians, most of whom are Hindus.

Since arriving in Malaysia, Naik has also established a loyal following. Last week, he addressed tens of thousands of people at a public lecture in the rural state of Kelantan, where he received a rousing reception.

In response, a man, wrote on social media threatening to behead the lawyer.

“You expel Dr Zakir Naik, I will hunt you until I find you, and I will separate that pig head of yours from your body.”

Syahredzan said he has lodged a police report on Thursday.

“It does show that Dr Zakir’s supporters can be emotional and even overzealous in their defence of the controversial preacher,” Syahredzan told Al Jazeera.

Also on Thursday, the Sarawak local government has reportedly banned Naik from entering the eastern state.

Local press quoted Sarawak’s Deputy Chief Minister James Jemut Masing as saying that Zakir’s remarks could pose “a potential danger to the ethnic and religious harmony” in the state.

Meanwhile, the Lawyers for Liberty (LFL), a human rights group, said that if Naik feels his life is in danger should he be sent back to in India by the Malaysian government, he should apply to the United Nations High Commission for Refugees (UNHCR) for asylum where his claim could be determined.

“He has been an extremely divisive figure in Malaysia. As a foreigner who has been granted a permanent residency status, clearly he has abused this privilege, by pitting Muslims against non-Muslims, Malays against non-Malays,” LFL director Melissa Sasidaran told Al Jazeera.