Malaysian concerns over Lynas raised with Kevin Rudd in 2011

“While ultimately Malaysian law governs the management of residues from the plant, the Australian government has welcomed the Malaysian government’s decision to establish the...

“While ultimately Malaysian law governs the management of residues from the plant, the Australian government has welcomed the Malaysian government’s decision to establish the independent expert panel as an open and transparent response to community concerns.”

Mr Rudd noted that the Lynas plant, once completed, would be the “largest single investment in Malaysia and as such, the government is taking a close interest in the project”.

The plant’s importance went beyond Australia’s relationship with Malaysia.

At the time, there was significant global concern about the fact that China dominated the supply of rare earths – a group of 17 elements crucial to the manufacture of hi-tech products like digital cars, smart phones and wind turbines. Despite the name, the elements are not actually that rare, but they are environmentally hazardous to extract.

In 2010, the then Japanese foreign minister, Seiji Maehara, raised the issue with Mr Rudd during trade talks in Canberra.

Mr Rudd said at the time that Australia “understands the significance of rare earths globally” and “Australia stands ready to be a long-term, secure, reliable supplier of rare earths to the Japanese economy”. 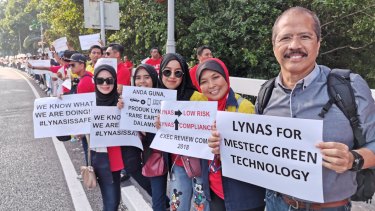 It was shortly after that trade visit that a deal was unveiled under which $US250 million in Japanese government agency financing was made available for an accelerated expansion of Lynas’s Mount Weld rare earths mine in Western Australia, and its associated processing facilities in Malaysia.

Mr Rudd is understood to have played a key role. The Department of Foreign Affairs and Trade and Senator Cameron were approached for comment.

Lynas, which is being pursued by former Coles owner Wesfarmers with a potential $1.5 billion indicative offer, faces closure of its Malaysian operations by September if it cannot comply with new conditions introduced in December due to the environmental concerns. These currently include the removal of more than 450,000 tonnes of residues containing low-level radiation.

Wesfarmers’ involvement has caused waves both in Malaysia and Australia.

The following day, Dr Mahathir announced that a company interested in acquiring Lynas had promised to extract the radioactive waste before exporting the ore to Malaysia. 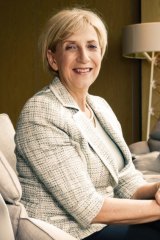 Wesfarmers has denied any impropriety in its meetings with the Malaysian government.

This month, Australian regulators confirmed they had requested detailed information from Lynas and Wesfarmers about communication between the companies before the public announcement of the takeover bid on March 26.

A Lynas spokesman said the company had “no reason to believe that Wesfarmers had an ongoing interest in the company at the time the shares were purchased. The purchases were made in a designated trading window”.

Lynas said it “categorically rejects any assertions of impropriety”.

Lynas chief executive Amanda Lacaze will update the market on the company’s operational performance for the March quarter on Tuesday.

The company’s results for the December quarter were affected by a temporary shutdown of its operations after Lynas failed to receive approval to lift the approved limit for processing lanthanide concentrate.

Colin Kruger is a business reporter. He joined the Sydney Morning Herald in 1999 as its technology editor. Other roles have included the Herald’s deputy business editor and online business editor.