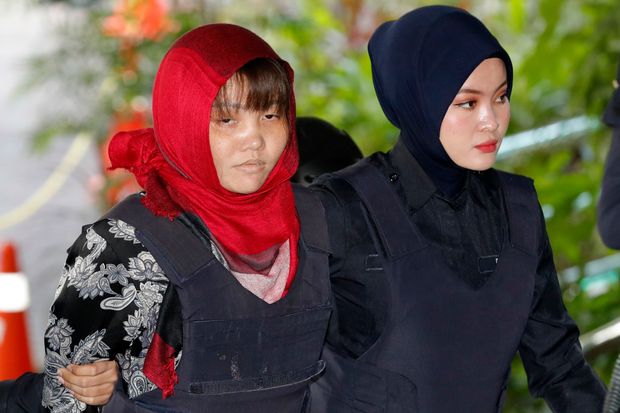 On Thursday, prosecutors said they rejected a bid to drop charges against 30-year-old Doan Thi Huong. She could be executed by hanging if convicted of murdering Kim Jong Nam in a Malaysian airport.

Ms. Huong applied for release after prosecutors dropped charges on Monday against her co-defendant, 27-year-old Siti Aisyah, following a flurry of intense diplomatic lobbying. Ms. Aisyah was freed and flew back to Jakarta after more than two years in custody.

Following Ms. Aisyah’s release, Vietnam stepped up its own diplomatic efforts. Foreign Minister Pham Binh Minh called his Malaysian counterpart to ask that Ms. Huong be freed. In a tweet, Vietnam’s foreign ministry said a request was made for “the Malaysian side to ensure fair judgment for Huong & to set her free.”

In court on Thursday, Ms. Huong, who had been expected to begin her defense testimony this week, barely reacted to the news. Her lawyer told the court she had scarcely slept this week and the judge postponed proceedings until April 1.

“We are obviously disappointed with the decision by the attorney general not to withdraw the charges,” Ms. Huong’s lawyer, Hisyam Teh Poh Teik, said in court.