Malaysia minister says plastic waste is being smuggled into country

KLANG (THE STAR/ASIA NEWS NETWORK) – Plastic waste is being smuggled into Malaysia using shipping containers by being falsely declared as another type of... 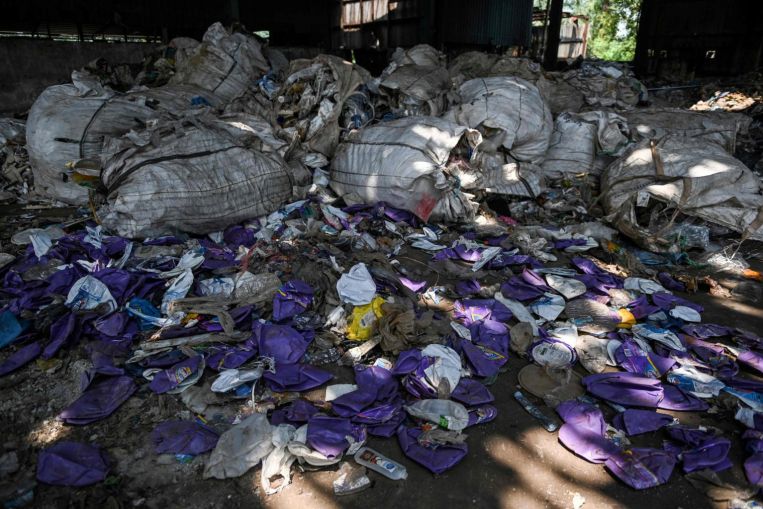 KLANG (THE STAR/ASIA NEWS NETWORK) – Plastic waste is being smuggled into Malaysia using shipping containers by being falsely declared as another type of import that do not require a permit, says the country’s Environment Minister Yeo Bee Yin.

She said a two-week investigation found that plastic waste are being smuggled in from developed countries such as the United Kingdom, Australia, United States and Germany.

“We have found that there are containers which have contaminated plastics but it is being declared that they are not (HS Code) 3915 plastics,” said Ms Yeo, the Energy, Science, Technology, Environment and Climate Change Minister.

“They are falsely declaring it as (HS Code) 3920 plastics, where they don’t need a permit and can enter the country straight away.”

The HS (Harmonised System) Code is a coding system to classify products when they are declared at the customs checkpoints.

The 3915 code refers to plastic waste, parings and scrap, while the 3920 code refer to other plates, sheets, film and foil strips.

She added that international cooperation was needed to take down such global syndicates.

“We want to focus on the source of the illegal plastic imports. We need to stop it at the ports and we believe that there are syndicates who are making lucrative profits from importing such waste from developed countries,” she said.

Ms Yeo added that her ministry would be going “full-force” to clamp down on those responsible for illegal plastic waste imports over the next month.

She sent out a warning to forwarding agencies to be wary of clients who are importing plastics, adding that the government has the right to revoke their licences if their clients make false declarations.

In the meantime, she added, exporters of such plastic waste would be told to take back their waste in about three months’ time as specified under the Basel Convention.

“Malaysia will not be the dumping ground of the world,” the minister said. “We will send back (the waste) to the original countries.”

The waste would be shipped back, but not under the Malaysian government’s expense. The Basel Convention is an international treaty aimed at reducing the movement of hazardous waste between countries.