People stand outside their office after an earthquake is felt in Islamabad A magnitude 5.8 earthquake has hit Pakistan-administered Kashmir and areas... 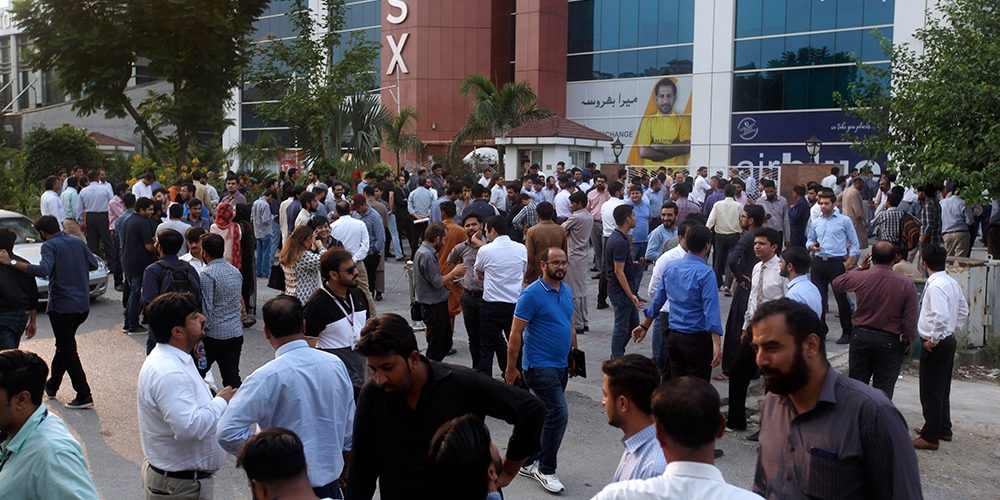 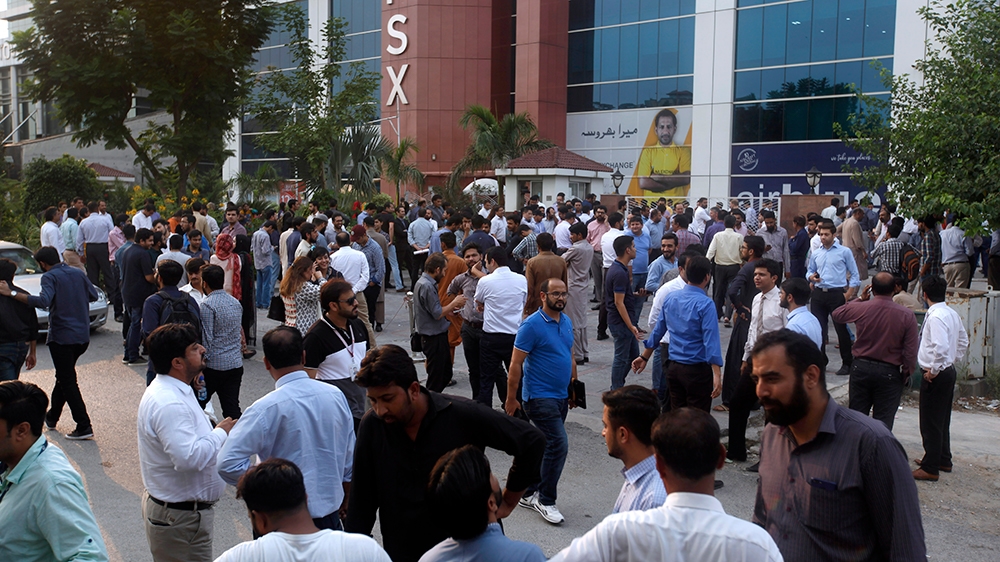 A magnitude 5.8 earthquake has hit Pakistan-administered Kashmir and areas in Punjab province, according to the US geological agency.

Local disaster management officials told Al Jazeera they are still gathering reports from the site of the earthquake, but had received word of damage to infrastructure.

“We have reports of cracks in the roads there,” said disaster management official Ammar Raza Shaikh.

A local police official said “there is a lot of damage to infrastructure [in Mirpur].”

Tahir Mahmood, a senior police official in Rawalakot, about 80km from Mirpur, said there is “no casualties as yet”.

“Roads seem to have developed cracks and sunk down. Lots of vehicles were thrown around.”

Tremor was felt as far away as the eastern city of Lahore, about 200km south and Indian capital of New Delhi.

The country’s military spokesman said “immediate rescue operation” have been launched “in aid of civil administration”.