Magic Johnson is no longer the Lakers president of basketball operations. Johnson shockingly stepped down from his position Tuesday before the team’s final game... 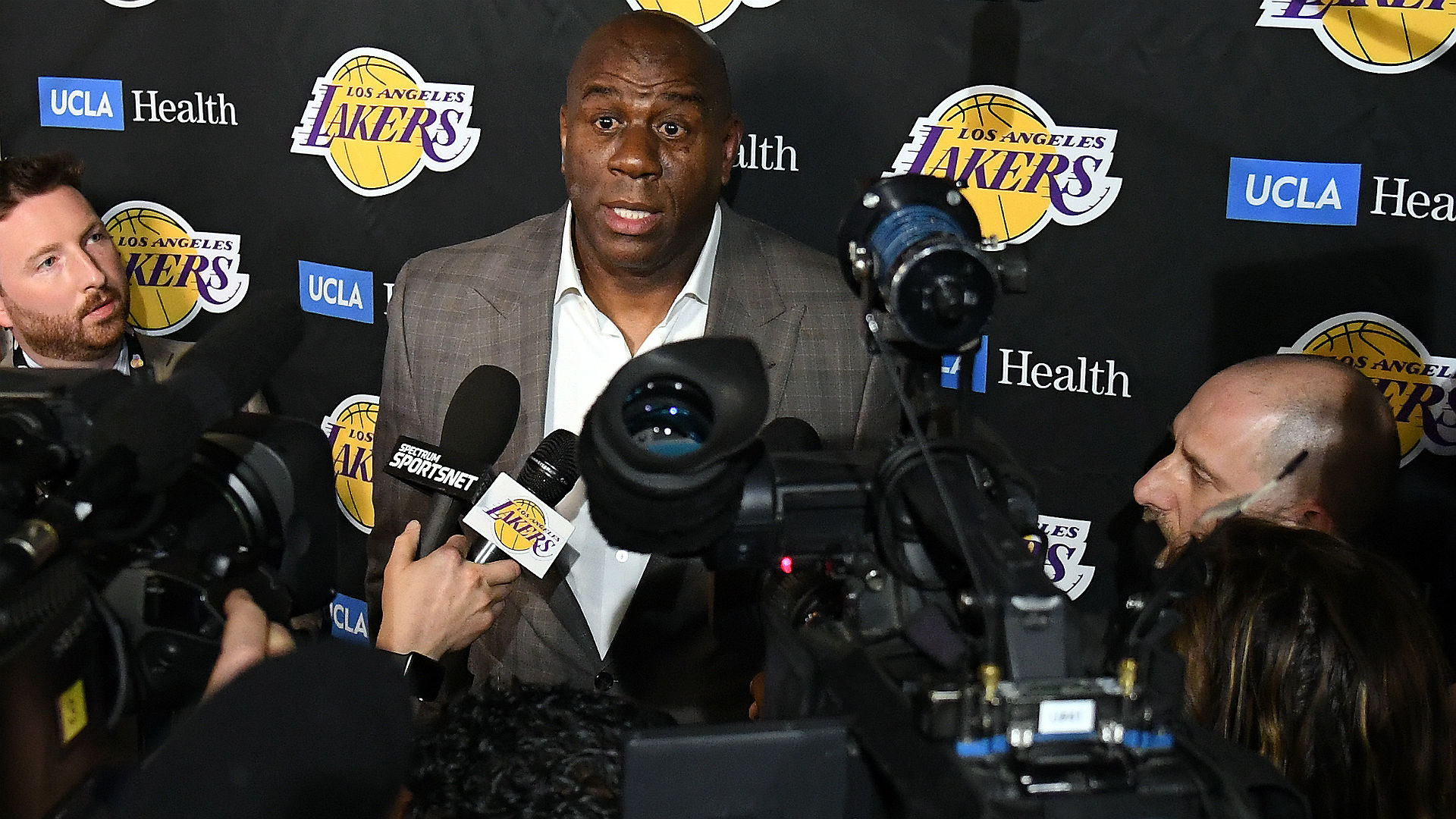 Magic Johnson is no longer the Lakers president of basketball operations.

Johnson shockingly stepped down from his position Tuesday before the team’s final game of the season at an impromptu press conference. He said part of the reason he made the decision was to maintain his relationship with Lakers owner Jeanie Buss.

Johnson also said he missed being available to players who wanted him as a mentor.

Johnson took over in the Lakers front office in February 2017. Los Angeles has missed the playoffs for six straight seasons.

Here are 10 of Johnson’s most notable quotes:

Johnson did not tell Buss before making the announcement

“Somebody is going to have to tell my boss. Because, I know she is going to be sick. But, I knew I couldn’t face her face-to-face and tell her.”

“I couldn’t stand and tell her. But, the one thing she had in me was someone she could trust and who was loyal to her. I will be that as well. I’ve been talking to people, we’ve been talking about next year, and I’m sitting there saying, ‘I’m not going to be here.’”

“She told me even yesterday, ‘You have the power.’ I’m good with who I am. What I stand for, what I’m all about. I love her to death. This is a great moment for me, for her, for the organization. Let’s just move forward.”

Johnson wanted to go back to having fun

“I had more fun when I was able to be the big brother and the ambassador to everyone. I thought about Dwyane Wade retiring tomorrow and I can’t even tweet that out. I can’t be there. Serena Williams called me a week ago and said, ‘Will you mentor me and be on my advisory board.’ And I said, ‘Yeah, I’m going to do that.’”

Johnson reiterated he wanted to have fun

Johnson discussed D’Angelo Russell, who he claimed was immature while with the Lakers

“Congratulations to him (for making the playoffs). I couldn’t even say that, but now I can say it. We saw D’Angelo mature. He wasn’t mature like he is now. He always had the talent to score, but he was immature. Now, he has grown up.”

Johnson described what he didn’t like in the current NBA

“The backstabbing, the whispering, I don’t like that. I don’t like a lot of the things that went on, that didn’t have to go on. I hope that after tomorrow, the Lakers can head in the right direction, which we are. But, I enjoy working with Jeanie side by side.”

Johnson had to think about what was important to him

“I got to help everyone when I wasn’t with the Lakers. Now, with the fines and the tampering and the this and that, I can’t help young men who want me to help them. Or I can’t tweet out, like Russell Westbrook (recording a 20-20-20 game), that was a great feat the other day. I couldn’t even tweet it out to say ‘Hey, congratulations man.’ If I had did that, it would have been like, ‘Oh, he’s tampering.’ I don’t like that. I like to be free.”

“I was happier when I wasn’t the president. When you have to make trades, you’re not happy, when you like people. I think Luke is a good man. I like Luke a lot. So, what we have different opinions about different things. That’s ok. My concern is my relationship with my sister, Jeanie Buss. That’s all I care about. All the rest of the stuff doesn’t matter.”

Johnson on what he was going to do next