Venezuela’s president appeared with soldiers at a military base in the capital Caracas on Thursday, following an alleged coup attempt by the opposition leader.... 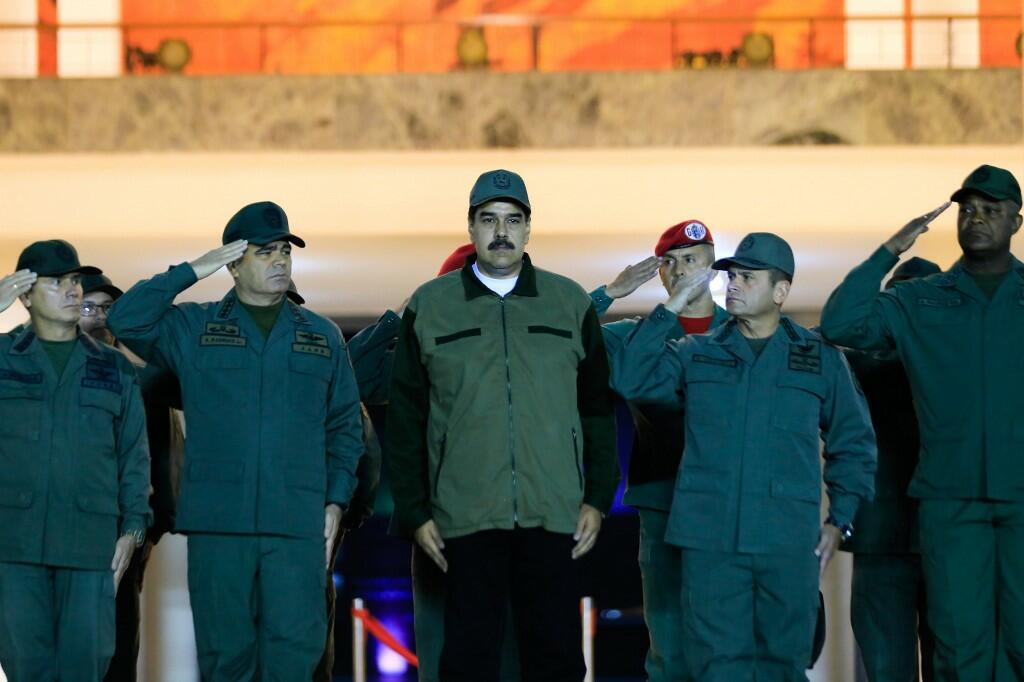 Venezuela’s president appeared with soldiers at a military base in the capital Caracas on Thursday, following an alleged coup attempt by the opposition leader.

In a speech to soldiers streamed live on Twitter, Nicolas Maduro called on Bolivarian National Armed Forces (FANB) to get united for the Venezuelan Constitution, peace and democracy.

“In front of the world, FANB has to give a historic lesson at this time that in Venezuela there is a consistent, legal, cohesive and united armed forces […] to defeat attempted coup plotters who sell themselves to Washington’s dollars,” Maduro told soldiers.

“The future of Venezuela must be in peace, prosperity, employment and in confronting the difficulties we have and overcoming them,” he added.

The president walked with soldiers after his speech in a bid to display the military’s support to him.

In a statement by the country’s Ministry of Defense, Defense Minister Vladimir Padrino Lopez and more than 4,500 military personnel participated in the march.

On Tuesday, opposition leader Juan Guaido issued a video message alongside a small contingent of uniformed military personnel and armored vehicles in which he called for an uprising to end the “usurpation” of Maduro, and has continued to call for mass demonstration against the Venezuelan president.

He stressed it was the beginning of the final phase of the effort to oust Maduro, known as Operation Liberty.