The United Nations warned on Wednesday that continuing attacks on northwestern Syria were putting the lives of three million Syrians at risk, as local... 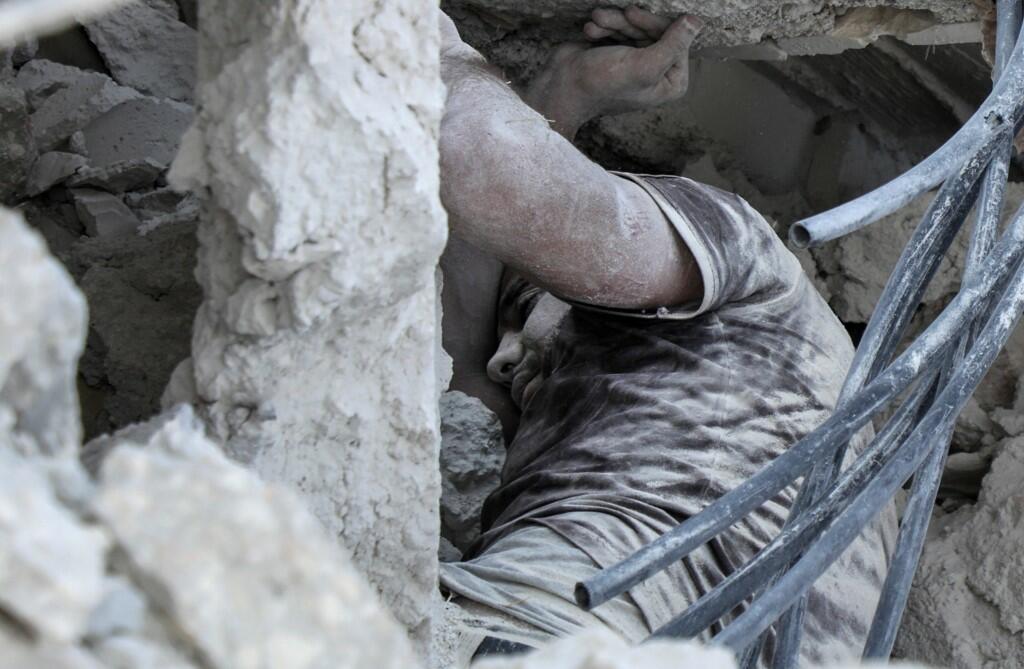 The United Nations warned on Wednesday that continuing attacks on northwestern Syria were putting the lives of three million Syrians at risk, as local organisations said that Idlib province faced “mass annihilation”.

UN spokesman Stephane Dujarric said at a press conference in New York that UN secretary-general Antonio Guterres “is deeply troubled by the continued escalation in north-west Syria and the prospect of an offensive deeper into Idlib”.

He added that the offensive “could trigger a new wave of human suffering possibly impacting more than 3 million people.”

The UN warning came as the key town of Khan Sheikhoun in southern Idlib province, which was the site of a 2017 regime chemical weapons attack, was overrun by Assad regime forces and Russian airstrikes that put a hospital in the town of Talmannis in southern Idlib out of action.

The Syrian news website Enab Baladi reported that one person had been killed and several injured in the hospital airstrike and at least five more people had been killed in further airstrikes around the city of Maaret al Numan.

The UN has recorded at least 25 attacks on hospitals and 45 attacks on schools in Idlib province since the beginning of the assault on the rebel-held area in April 2019.

In a joint statement on Wednesday local organisations in Idlib, including the Syrian Civil Defence, the Education Directorate, the Idlib Health Directorate and the Association of Syndicates and Professional Unions called on the UN to intervene “before an unprecedented human catastrophe occurs”, adding that “if the situation continues millions of people will be displaced, killed, or wounded”.

At least 800 people, including 200 children have been killed since the regime offensive against Idlib began, according to the UK charity Save the Children.

More than 450,000 people have been displaced since the beginning of the offensive, with many forced to take shelter in woods and olive groves due to overpopulated refugee camps.