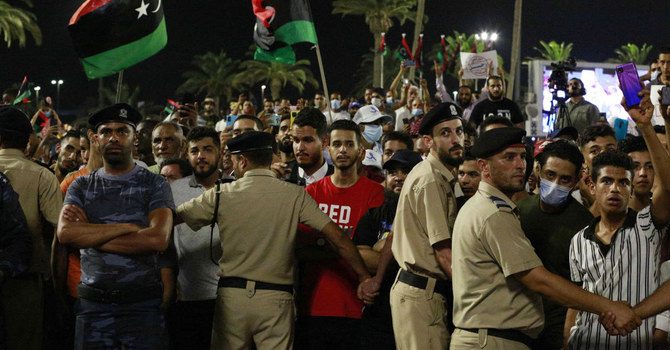 Libya7 Libya Election4
CAIRO: Libya’s presidential election, meant to help unify the nation after a decade of civil war, is supposed to take place in just over... 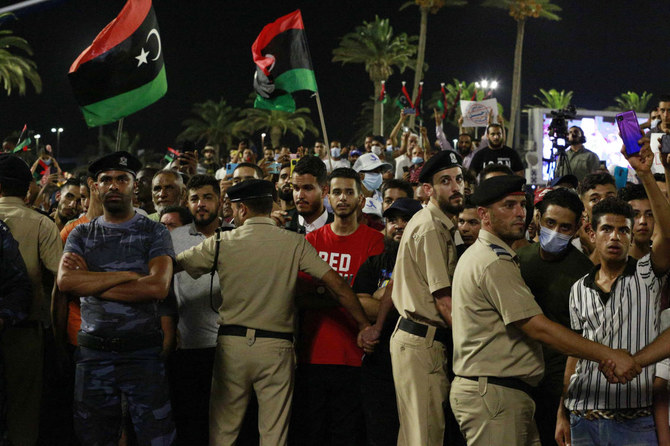 CAIRO: Libya’s presidential election, meant to help unify the nation after a decade of civil war, is supposed to take place in just over a week, but calls are mounting for a delay.

Either scenario — holding the vote on time or postponing it — could turn into a destabilizing setback.
The vote, scheduled for Dec. 24, is to choose Libya’s first president since the ouster and killing of longtime dictator Muammar Qaddafi more than a decade ago.

For nearly a year, the election has been the lynchpin of international efforts to bring peace to the oil-rich North African nation, and supporters fear a dangerous void if it is not held on schedule.
But critics warn that going ahead with the vote now could throw the country into new violence. They say Libya remains too bitterly divided among armed factions that are likely to reject any victory by rivals in the election. The presence of some of Libya’s most polarizing figures in the race — including one of Qaddafi’s sons — only makes it more explosive.
Nearly 100 people have announced their candidacies, but the election commission has still not announced a final list of candidates because of legal disputes. It should have announced the list earlier this month. The rules governing the election are also in dispute, with western Libya politicians accusing the east-based parliament of adopting them without consultations.

Libya plunged into chaos after Qaddafi’s death during a 2011 uprising backed by a US-led NATO military campaign. Control splintered among a myriad of armed militias. For years, the country was split between rival administrations in the east and the west, each backed by militias and foreign governments.
The current political process emerged last year after the latest round of brutal fighting.

In April 2019, the eastern-based military commander Khalifa Haftar launched an offensive aimed at capturing the capital, Tripoli, and bringing down the UN-recognized government based there. Haftar was backed by Russia, Egypt and the United Arab Emirates. Turkey and Qatar responded by stepping up support for pro-Tripoli militias, supplying them with advanced weapons and providing troops and Syrian mercenaries.
After 14 months of fighting, Haftar’s offensive collapsed. After a UN-brokered cease-fire in October 2020, a grouping of Libyan factions called the Political Forum drew up a road map that led to the creation of an interim government to run the country until the Dec. 24 election.
Those calling for a delay in the election say the mistrust between east and west remains too deep and volatile. The interim government has not been able to unify Libya’s institutions, particularly the military, dismantle militias or ensure the exit of foreign mercenaries and fighters, said one UN official.

“These issues should have been settled before going to elections. They need more time and effort to be resolved,” he said, speaking on condition of anonymity because he was not authorized to talk to the press.
Tarek Mitri, a former UN envoy for Libya, warned that “without unified military forces, the election poses a threat to peace.”
“How can you win the argument in a democratic election when guns are loaded to the hilt on both sides?” he said.

In a last-minute effort to save the elections, UN Secretary-General Antonio Guterres named American diplomat Stephanie Williams, who led the talks resulting in the October 2020 cease-fire deal, as his special adviser on Libya.

Williams met with Libyan officials in Tripoli on Sunday. She called for all sides to respect the “overwhelming demand of the Libyan people to elect their representatives through a free, fair and credible election.” She did not mention the Dec. 24 dateline in her public comments.
The United States and some others in the international community want the vote to go ahead. As he stepped down on Dec. 8, outgoing UN envoy Jan Kubis said the election must take place on schedule, calling it “a critically important step that opens doors to future solutions.”
The polarization around the election only grew hotter after both Haftar and Seif Al-Islam Qaddafi, the son and one-time heir apparent of the longtime dictator, announced their candidacies.

Haftar, touted in the east as a hero, is hated by many in the west of the country.
“The entire western region will fight Haftar … he will never rule Libya,” Islamist Khalid Al-Mishri, head of the Tripoli-based Supreme Council of State, said in televised comments last month.
Seif Al-Islam’s bid raised cries of an attempted return to the days of his father.

“Those who believe in the possibility of Libya’s returning to the era of dictatorship after all these sacrifices are delusional,” Abdel-Rahman el-Swahili, a lawmaker from Misrata, the western city that was one of the leading forces in the rebellion against the elder Qaddafi.
The prime minister of the interim government, Abdul Hamid Dbeibah, also caused an uproar when he announced his bid to enter the race. When he took his post, he had vowed not to run in the election.
Many Libyans are skeptical.

“All (the factions) say publicly they want elections, but in in fact, all worked against it,” said Ramadan Al-Zawi, a 29-year-old teacher. “We are deceiving ourselves when we talk about elections while we are still in such an unchanged situation since 2011.”