The 53 migrants and refugees killed in a July 2 airstrike on a detention center in Libya were being held less than 100 yards... 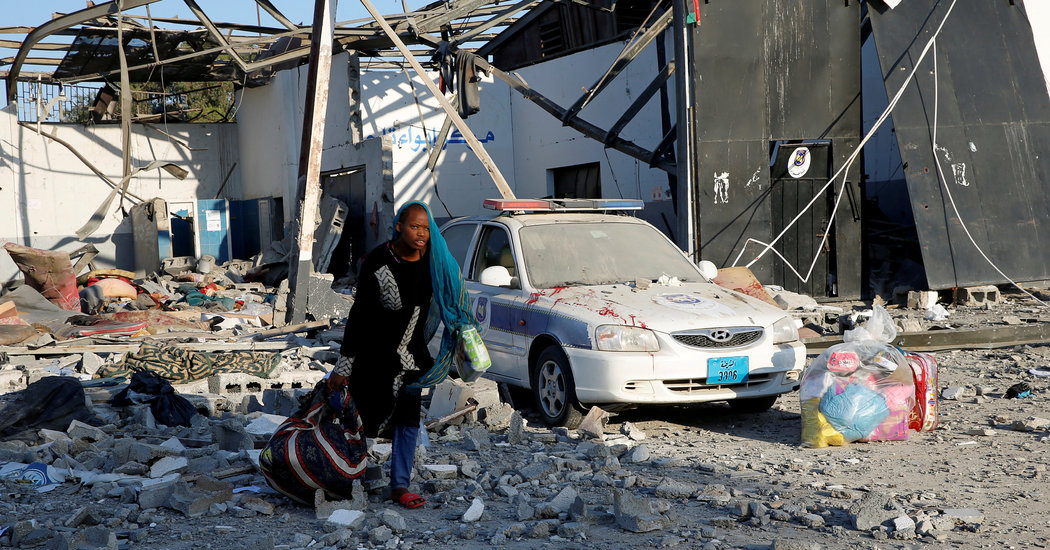 The 53 migrants and refugees killed in a July 2 airstrike on a detention center in Libya were being held less than 100 yards from a militia’s arms depot at the time of the attack, a Times investigation has found. The depot had also been struck just two months earlier, and both the detainees and the United Nations High Commissioner for Refugees had warned of the dangers faced by those held there.

Our video investigation used satellite imagery to pinpoint the location of the detention center in Tajoura, a town on the eastern outskirts of the capital, Tripoli, and confirmed its proximity to the militia’s depot.

The investigation shows how the Directorate for Combating Illegal Migration, an agency of the United Nation-backed government in Tripoli, ran the detention center for nearly 600 migrants and refugees within a large military compound that became a target in the country’s raging civil war.

After the deadly attack, which also wounded at least 130, a representative of Khalifa Hifter, the military strongman who launched an offensive on Tripoli in April, confirmed that the rebel forces had struck the depot.

The migrants and refugees detained in the Tajoura center had long complained of the dire conditions in which they lived. In videos they provided to The Times earlier this year, they showed the filthy stalls in which they showered and the rows in which they slept on the floor. They said they lacked good food and that some had been held for as long as two and a half years. And they also said the pro-government militia forced some of them into service.

On July 9, the Libyan authorities running the center released the remaining detainees but gave them nowhere to go. With the United Nations unable to house them, hundreds set off down the road in the dusk, to unknown destinations.