Libyan Prime Minister Fayez al-Serraj on Sunday proposed holding national elections to end the war in the North African country. The head of the... 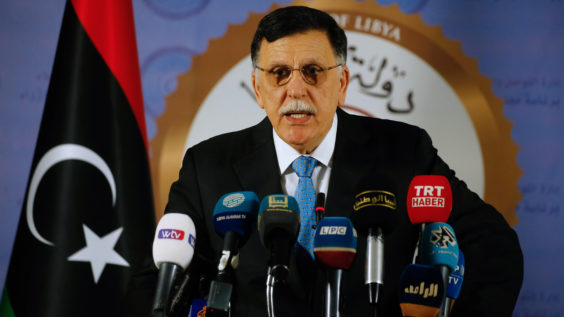 Libyan Prime Minister Fayez al-Serraj on Sunday proposed holding national elections to end the war in the North African country. The head of the U.N.- backed government told a news conference in the capital Tripoli that he was proposing a “Libyan forum” aimed at finding a peaceful solution via parliamentary and presidential elections to be held before the end of 2019. Since the overthrow of Muammar Gaddafi in 2011, Libya has been split between the internationally recognized government of Serraj based in Tripoli, and forces loyal to a renegade general, Khalifa Haftar, who has made the eastern city of Benghazi his base. Haftar, who was one of the army officers who installed Gaddafi as dictator 50 years ago and later helped topple him, launched a military offensive in April. However, Haftar and his Libyan National Army (LNA) militia have yet to capture the capital city. The fighting for Tripoli has killed over 650 people, including combatants and civilians, according to the World Health Organization (WHO). Tunisia, Algeria and Egypt last week called for an immediate cease-fire in Libya.