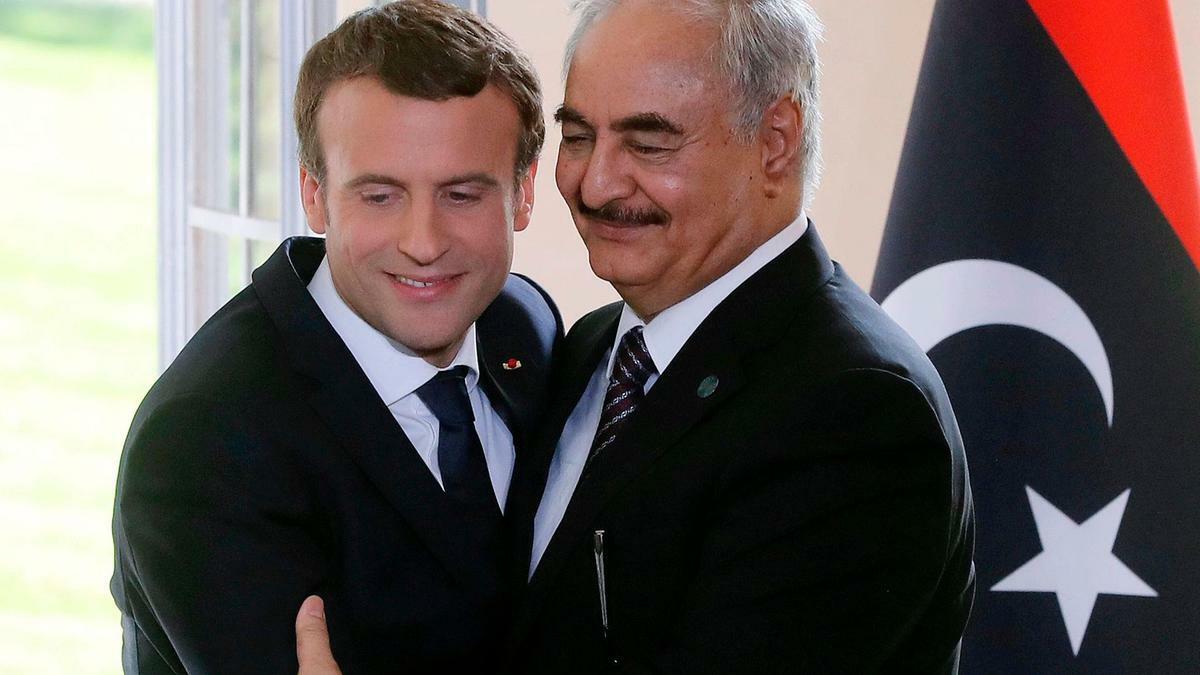 Sarraj, the leader of the UN-recognised government in Tripoli, spoke out after reports emerged of armed French intelligence operatives being denied entry into Tunisia from Libya, where they are believed to have been helping Haftar.

Backed by the UAE, Egypt, and Saudi Arabia, and with political support from Russia and the US, Haftar is on the edges of the Libyan capital but has so far been unable to dislodge the ruling Government of National Accord (GNA).

France denies it is backing one faction over the others and has provided coastguard vessels and other military support to the GNA.

However, Haftar receives disproportionate support from the French, and the scale of it has been enough to worry its neighbour and fellow EU member, Italy.

“In Libya, France has no interest in stabilising the situation, probably because it has oil interests that are opposed to those of Italy,” Italy’s Deputy Prime Minister Matteo Salvini said.

Here are just a few examples demonstrating the scale of French involvement in Libya.

Haftar’s forces have been accused of carrying out mass executions of prisoners, but that hasn’t stopped France from providing military support to the warlord.

According to Le Monde, France has been training Haftar’s militia since 2015, leading many to question whether it is an honest broker seeking to end hostilities.

The extent of the support was highlighted when a helicopter went down over Libya, killing three members of the French special forces in July 2016.

Egyptian forces began air strikes in Libya after Daesh fighters killed 21 Egyptian Coptic Christians, but the strikes were not limited to the terrorist group, and also went after groups that rivalled Haftar’s militias.

France has either rejected accusations it supported Haftar’s attempts to capture Tripoli or has stayed silent despite the growing body of evidence suggesting it was providing support for the offensive.

On Tuesday, Al Jazeera revealed that armed European men claiming to be diplomats were prevented from crossing into Tunisia from Libya.

A source in Tunisia’s presidential office told the media outlet that the men were intelligence operatives, and that the men carried communications devices, which may have been used to keep in touch with Haftar’s forces.

Libyan officials have ceased cooperation with the French government over the accusations of collusion with Haftar.