An official in the Libyan National Army (LNA) Khaled al-Mahjoub revealed on Tuesday that Turkish intelligence is operating in the capital, Tripoli, to support... 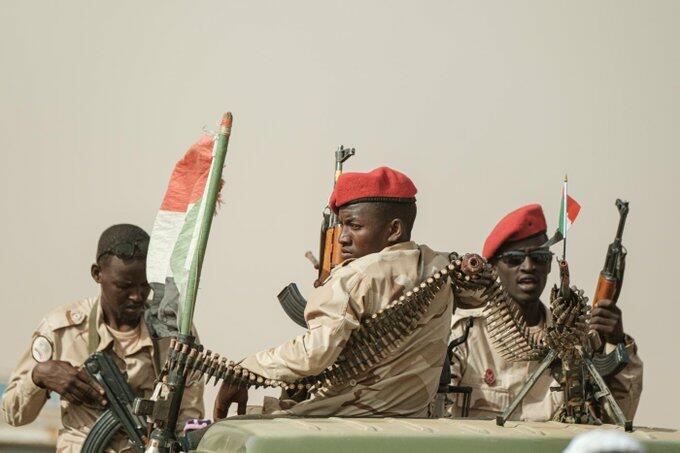 An official in the Libyan National Army (LNA) Khaled al-Mahjoub revealed on Tuesday that Turkish intelligence is operating in the capital, Tripoli, to support the Government of National Accord (GNA) of Fayez al-Sarraj.

He said that Turkish military advisers and experts were managing the war for the pro-GNA militias.

The very presence of the Turkish intelligence is a form of intelligence for the Muslim Brotherhood, similar to what happened in Sudan, he remarked.

“Even Turkish President Recep Tayyip Erdogan speaks about Libya from the perspective of the Brotherhood, not as the head of the Turkish state,” he added. “This is a desperate attempt to save the Sarraj government.”

“The ‘Turkish Brotherhood’ and all of its might does not concern us as we have a long history of jihad against colonialism,” Mahjoub stressed.

Commenting on the GNA’s defense agreement with Turkey, he said: “This means that this government will go far in antagonizing the LNA and Libyan people, who reject the flagrant Turkish meddling in their affairs.”

“It is not in the interests of the Turkish people to antagonize the Libyan people and support extremists and militias in Libya,” he said. “We will soon end this farce and the control of militias over Tripoli.”

“There can be no backing down from this mission no matter the sacrifices and challenges,” he said on the LNA operation to liberate Tripoli from the grip of terrorist and criminal gangs.

Addressing Qatar’s meddling in Libyan affairs, Mahjoub said that when the Brotherhood was expelled, it resorted to many countries, starting with Qatar, “which it succeeded in turning into its pawn.”

He also revealed that the Brotherhood has attempted and failed to assassinate LNA commander, Khalifa Haftar, on more than one occasion.

“They tried to assassinate him when they realized he posed a danger to them, similar to when they killed Abdul Fatah Younis, the former LNA commander, during the 2011 uprising,” he stated.

On the ground, the LNA announced that it had carried out an air raid against an airbase in the third city of Misrata held by GNA loyalists.

“Our air force carried out several raids against the Misrata airbase, targeting anti-air defenses as well as a Turkish aircraft transporting ammunition, drones and missiles,” it said in a statement on its Facebook page.

Pro-LNA television channel Libya Al-Hadath said a Turkish Ilyushin aircraft “was destroyed as it landed at the Misrata base”.

Meanwhile, LNA spokesman Ahmed al-Mismari said the military will not stop its operations, indirectly dismissing a United Nations Security Council call for a truce in the Tripoli fighting.

“The battle is ongoing and it will not stop until it achieves its main goal of cleansing the capital from militias and armed gangs,” he declared on Monday.