The Libyan National Army carried out air strikes against militia positions in al-Yarmuk camp south of the capital Tripoli. The LNA, commanded by Khalifa... 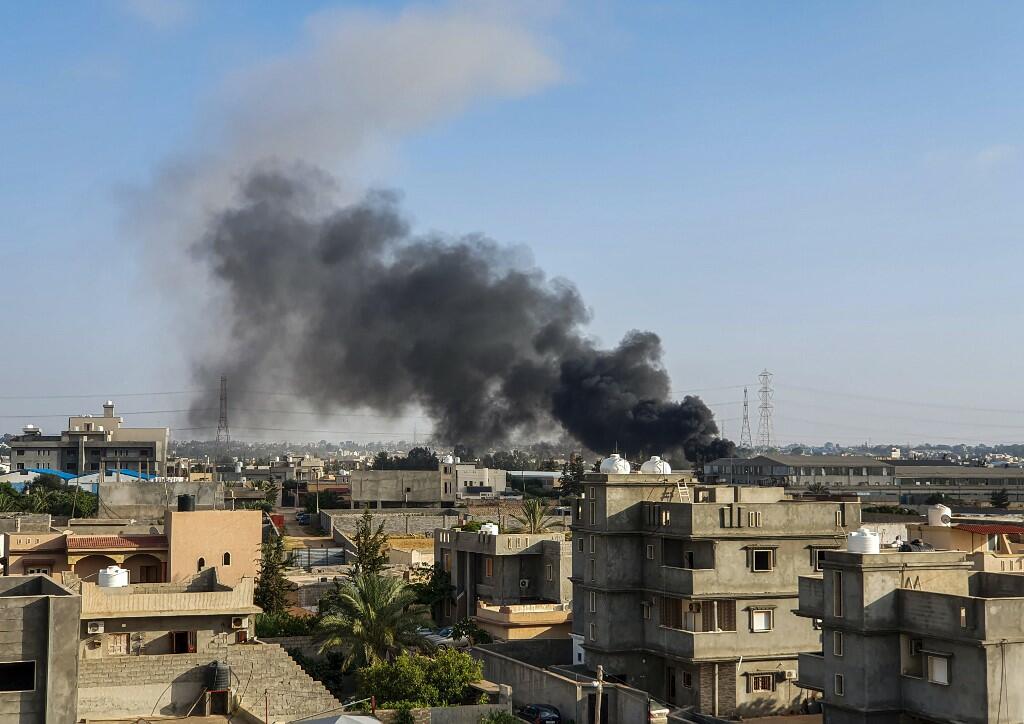 The Libyan National Army carried out air strikes against militia positions in al-Yarmuk camp south of the capital Tripoli.

The LNA, commanded by Khalifa Haftar, had announced Monday that it will be launching the strikes after “traditional means” of war had been exhausted to “liberate” Tripoli from the clutches of militias that are affiliated with Fayez al-Sarraj’s Government of National Accord.

Commander Mohamed Manfour announced that the forces had started to carry out targets that were “accurately” chosen, urging residents to stay away from militia and military camps.

The strikes on the Yarmuk camp Sunday targeted the headquarters of the al-Somoud Brigade, led by Salah Badi, who is under United Nations sanctions.

The LNA also spoke of major losses in militia ranks as a result of its accurate strikes on positions in Wadi al-Rabih and Ain Zara near the capital.

Local media reported that more than 20 al-Somoud Brigade militants were killed in the raids.

The strikes coincided with Speaker of the eastern parliament Aguila Saleh, who is also the eastern forces supreme commander, declaring a state of general mobilization in the country late on Sunday.

LNA commander of western operations Abdul Salam al-Hassi declared that his forces will enter and liberate Tripoli, vowing in televised remarks: “We will defeat the gangs and restore the nation’s sovereignty regardless of how much support they are receiving from Turkey.”

He revealed that the LNA has so far destroyed four drones provided by Ankara.

Separately, Sarraj made a surprise visit to Italy on Monday where he held talks with Prime Minister Matteo Salvini in the city of Milan.

Italian media said that the visit was part of efforts to garner support to the GNA and exert pressure on the LNA as it wages its operation against Tripoli.