Libya’s internationally recognized government announced that it had allocated $28.5 million to its defense ministry, and paid each of its soldiers $2,135 as a... 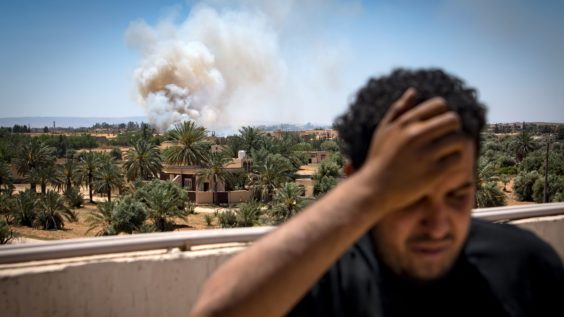 Libya’s internationally recognized government announced that it had allocated $28.5 million to its defense ministry, and paid each of its soldiers $2,135 as a reward for fighting Khalifa Haftar’s eastern-based Libyan National Army (LNA). The Tripoli-based government said in April that it had budgeted up to 2 billion local dinars ($1.43 billion) to cover medical treatments, humanitarian aid and other “emergency” war costs. The Qatar- and Turkey-backed Government of National Accord, headed by Prime Minister Fayez al-Sarraj, has since April been defending against an offensive launched by the Benghazi-based LNA, which is supported by Egypt, the United Arab Emirates and Russia. Haftar’s four-month-long military campaign to conquer the capital has thus far been unsuccessful, and even led to the loss of one of the LNA’s main bases, located in western city of Gharyan. Since the 2011 overthrow of Moammar Gaddafi, control over Libya has been split between the rival groups. In July, the United Nations said the ongoing battle had killed more than 1,000 people.