BAKU, Azerbaijan (AP) — Charles Leclerc set the fastest time as Ferrari comfortably outpaced the competition in the third practice session for the Azerbaijan... 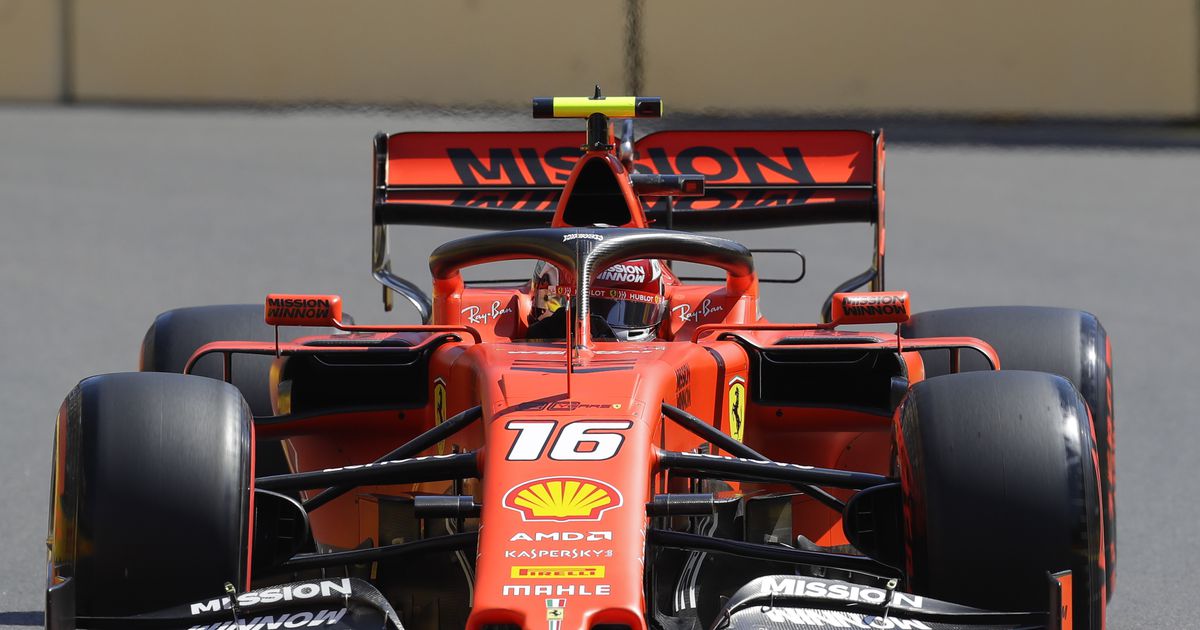 Leclerc’s time of 1 minute, 41.604 seconds was the best of the weekend so far — and 0.198 faster than teammate Sebastian Vettel.

Max Verstappen was third fastest for Red Bull, 1.248 off the pace, while the two Mercedes of Valtteri Bottas and championship leader Lewis Hamilton were fourth and fifth, respectively.

Teams were keen to improve their preparations for qualifying after both practice sessions on Friday were disrupted. The first session was abandoned after a loose drain cover wrecked George Russell’s Williams, while the second was interrupted by two crashes.

Red Bull driver Pierre Gasly will start Sunday’s race from the pit lane after he failed to stop for weighing when asked to do so Friday.