Demonstrators planned to join hands from Tripoli to Tyre, a 170-kilometre chain running through the main protest hub in Beirut Tens of thousands of... 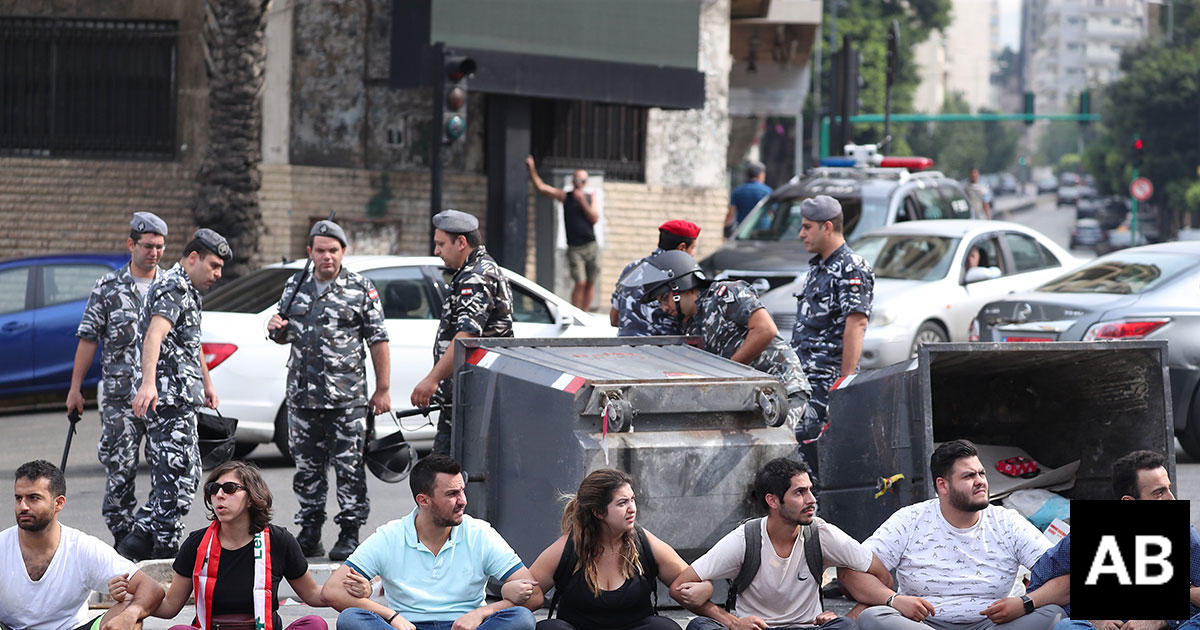 Demonstrators planned to join hands from Tripoli to Tyre, a 170-kilometre chain running through the main protest hub in Beirut

Tens of thousands of Lebanese protesters were to attempt a human chain running across the entire country Sunday to symbolise newfound national unity.

Demonstrators planned to join hands from Tripoli to Tyre, a 170-kilometre (105-mile) chain running through the main protest hub in Beirut, as part of an unprecedented cross-sectarian mobilisation.

Tension has mounted in recent days between security forces and protesters, who are blocking roads and bringing the country to a standstill to press their demands for a complete overhaul of the political system.

Lebanon’s reviled political elite has been defending a belated package of economic reforms and appeared willing to reshuffle the government, but protesters who have stayed in the streets since October 17 want more.

On foot, by bicycle and on motorbikes, demonstrators and volunteers fanned out along the main north-south highway.

“Everything is ready, we even have volunteers on motorbikes who are helping us identify gaps in the chain,” said Julie Tegho Bou Nassif, one of the organisers.

“The idea behind this human chain is to show an image of a Lebanon which, from north to south, rejects any sectarian affiliation,” the 31-year-old history professor told AFP.

“There is no political demand today, we only want to send a message by simply holding hands under the Lebanese flag.”

The protests have been remarkable for their territorial reach and the absence of political or sectarian banners, in a country often defined by its divisions.

The leaderless protest movement, driven mostly by a young generation of men and women born after the 1975-1990 civil war, has even been described by some as the birth of a Lebanese citizen identity.

“We want to reinforce this feeling of national unity that has been appearing in Lebanon over the past 10 days,” Bou Nassif said.

The army has sought to re-open main roads across the country, where schools and banks have been closed for more than a week.

In one of the most serious incidents, the army opened fire on Friday to confront a group of protesters blocking a road in Tripoli, wounding at least six people.

But the unprecedented protest movement has been relatively incident-free, despite tensions with the armed forces and attempts by party loyalists to stage counter-demonstrations.

Protesters have been demanding the removal of the entire ruling class, which has remained largely unchanged in three decades.

Many of the political heavyweights are former warlords seen as representing little beyond their own sectarian or geographical community.

The protesters see them as corrupt and incompetent and have so far dismissed measures proposed by the political leadership to quell the protests.

“We’ve had the same people in charge for 30 years,” said Elie, a 40-year-old demonstrator walking in central Beirut on Sunday morning with a Lebanese flag.

Prime Minister Saad Hariri on Monday announced a package of economic reforms which aims to revive an economy that has been on the brink of collapse for months.

His coalition partners have supported the move and warned that a political vacuum in times of economic peril risked chaos.

But the protesters have accused the political elite of desperately attempting to save their jobs and have stuck to their demands for deep, systemic change.

In a now well-established routine, entire families of volunteers showed up early on the main protest sites Sunday to clean up after another night of protests and parties.

After dusk, the central Martyrs Square in Beirut and other protest hubs in Lebanon turn into a vast, open ground where protesters dance, sing or organise political meetings.