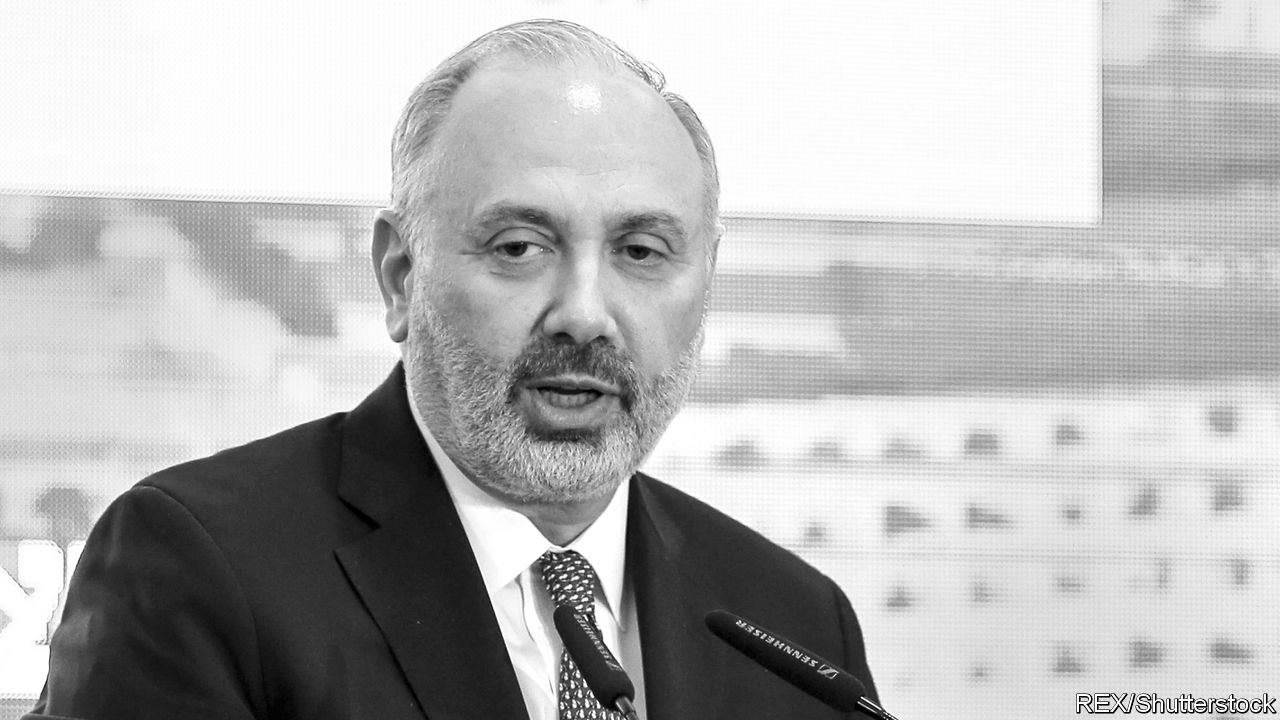 TO HIGHLIGHT UNFAIR hiring practices, some campaigners carry out sting operations on unsuspecting firms. They submit two applications with almost identical qualifications but different genders, races or class backgrounds. You could be forgiven for thinking that the World Bank now faces something similar.

Earlier this month America nominated David Malpass, a senior Treasury official, to be the bank’s next boss. Many assumed he would be the only applicant. By convention, the Europeans always back America’s choice and America supports Europe’s pick to lead the IMF. That leaves no one else any chance of success. But Mr Malpass now faces a competitor from an unlikely source: Lebanon, which on Monday nominated Ziad Hayek, head of its council for overseeing privatisations and public-private partnerships.

It would be easy to dismiss the challenge, except that Mr Hayek’s career path is uncannily similar to his American rival’s. Like Mr Malpass (who received an MBA from the University of Denver), he earned a Master’s degree in business from an American institution (the University of Texas, Dallas). Like Mr Malpass, he also worked with the Reagan administration, promoting enterprise in Latin America and elsewhere. Like his American counterpart, Mr Hayek speaks Spanish, French and some Russian. Bizarrely, Mr Hayek also worked from 1997 to 2003 at Bear Stearns, the ill-fated investment bank that employed Mr Malpass for 15 years until its distressed sale in 2008.

There are, of course, some differences. Mr Hayek has worked in a wider variety of locations, including Gabon and Bahrain, and speaks an even greater range of languages (he is fluent in Arabic and Portugese and familiar with Aramaic, German, Hebrew, Italian and Persian). In his time at Bear Stearns, Mr Hayek earned a reputation for successful deal-making. Mr Malpass earned one for unsuccessful economic forecasting. (Not that there’s any other kind.)

The decisive difference, though, is not in their abilities but in their national sponsor. Mr Malpass works for the World Bank’s biggest shareholder; Mr Hayek for one of its debtors. Lebanon’s government has tapped the bank for $1.8bn in loans (and received an additional $100m in aid) to help it cope with the influx of Syrian refugees, among other things. America’s financial clout translates directly into influence. If the choice of bank boss ever came down to a formal ballot of board members, the bank gives America 217 times as many votes as Lebanon. Some skewed hiring practices need a sting operation to expose. The World Bank’s are plain for all to see.