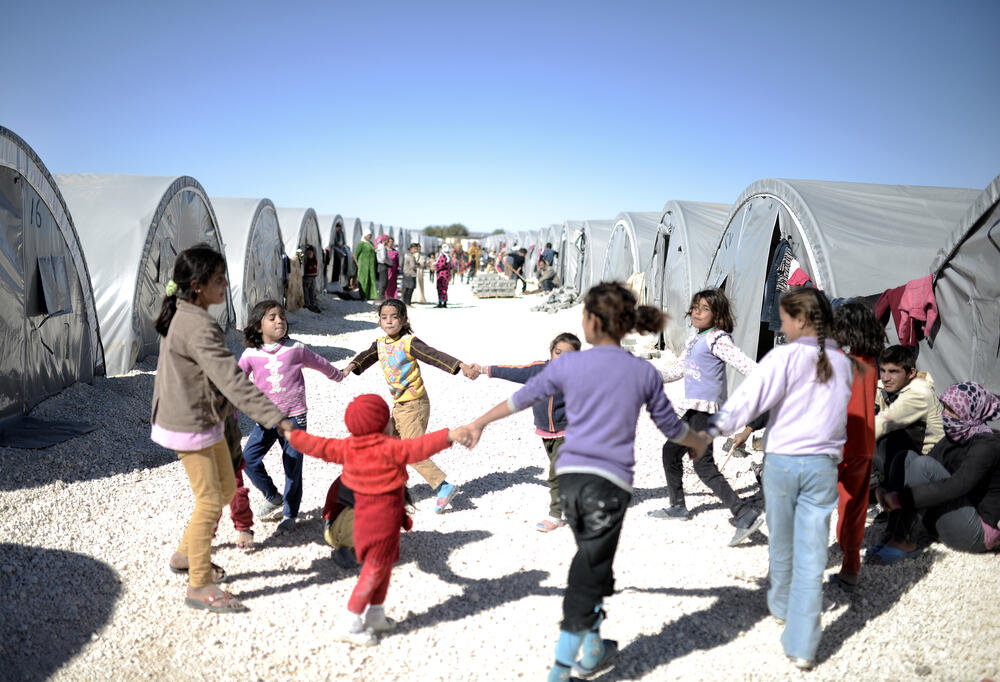 This post was originally published on this site Lebanese President Michel Aoun has insisted on the return of Syrian refugees in Lebanon to their...

Lebanese President Michel Aoun has insisted on the return of Syrian refugees in Lebanon to their country, even if not to where they had been displaced.

He told a visiting US delegation on Monday that the return of refugees “can’t wait for a political solution to the Syrian crisis, as it may take time due to international tensions over the Syrian situation.”

Aoun said: “The wave of Syrian displacement has produced negative repercussions that has impacted all Lebanese sectors.”

He added: “Lebanon, which has provided all the humanitarian and logistical facilities for refugees during the Syrian war, believes that Syrian territory, except for Idlib (province) and its surrounding area, is now stable, making it easier for refugees to return.”

Aoun called on the UN to provide assistance to internally displaced people (IDPs) inside Syria in order to encourage refugees to return and contribute to their country’s reconstruction.

“The wave of Syrian displacement has produced negative repercussions that has impacted all Lebanese sectors.” Michel Aoun, Lebanese president

“Lebanon continues to organize return trips for refugees in coordination with the concerned Syrian authorities, who welcome their return,” he said, adding that his country “hasn’t been informed of any returnees getting harassed.”

The head of the delegation, Frederic Hof, said that after its meetings with Lebanese officials, it will submit a report on ideas, stances and proposals to resolve the Syrian crisis and its repercussions.

Some 1 million Syrians in Lebanon are registered with the UN High Commissioner for Refugees (UNHCR).

The Lebanese General Security said it has facilitated the return of 172,046 refugees between December 2017 and March 19, 2019, through legal crossings.