A Lebanese politician is facing mass criticism online – for the simple act of drinking a cup of coffee. Rola Tabsh, a member of... 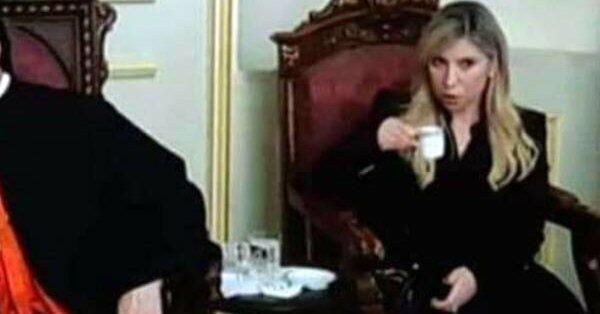 A Lebanese politician is facing mass criticism online – for the simple act of drinking a cup of coffee.

Rola Tabsh, a member of parliament for Prime Minister Saad al-Hariri’s Future Movement, was pictured sipping from a cup of coffee during a mourning service for the former patriarch of the Maronite Church.

The picture spread like wildfire on Lebanese social media as users claimed it showed the MP – who is a Sunni Muslim – drinking during the middle of the day in Ramadan, BBC Arabic reported.

During Ramadan, able Muslims are required to fast from food and water from sunrise to sunset.

They are also required to abstain from sexual activity, gossiping and smoking, among other behaviours.

However, anyone travelling, young and elderly Muslims and the sick are not required to fast. Menstruating women are also granted an exemption from the practice.

One social media commentator claimed that, as each religious sect in Lebanon is allocated a certain number of seats in parliament, Tabsh was elected to represent Sunni Muslims.

“She was elected to a Sunni seat, not a secular seat. It’s true that she is free to fast or to break her fast, but she must conceal breaking her fast, as Allah commanded,” wrote Wisam al-Deek.

Adel Abdul Karim Murad added: “Our Lord, exalted and glorified is He, did not impose a worldly punishment on those who do not fast, but as you know, we have a sectarian system in Lebanon and Tabsh represents a certain sect in parliament. If she doesn’t respect the command of her glorious Lord, she should respect the Sunnis who she represents in parliament.”

Others, many of them women, came out to defend Tabsh.

Lebanese news anchor Dima Sadek hit back: “If you elected her to apply Sunni Sharia law, then you wouldn’t have elected her in the first place because she doesn’t wear a hijab – and isn’t hijab a requirement? Religion is a personal affair! All the solidarity with Rola Tabsh.”

Another social media user added: “Fasting or not, she is free and this is a personal decision.”

This is not the first time Tabsh has been exposed to religion-based criticism on social media.

After attending a New Year’s mass at a Maronite church earlier this year, Tabsh faced extreme criticism as she had approached the priest and received a blessing.

While some Lebanese praised the move as a gesture of tolerance and respect for one of the country’s 18 sects, others slammed her for “betraying” her faith.

She later visited the country’s highest Sunni authority and apologised publically, affirming her faith in Islam.

“You’re apologising because you entered one of [Allah’s] homes?”, Sadek wrote on Twitter.

“I still can’t believe that there’s someone in my country who would publicly apologise for going into a church.”

“Muslims attending masses and Christian services, as well as Christians attending Muslim services held at mosques, is normal in Lebanon. Especially for events and especially for politicians and religious leaders,” he said.