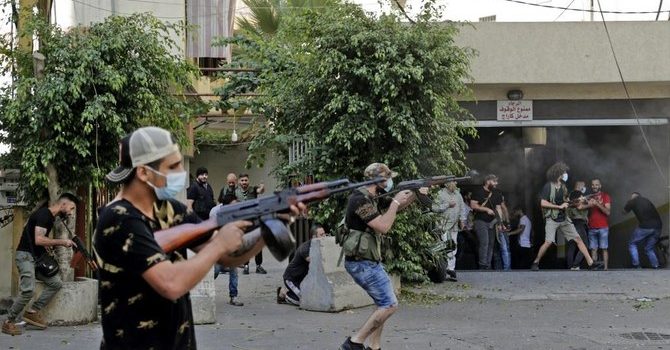 Beirut3 Hezbollah8 Lebanon19
BEIRUT: A Lebanese judge has charged 68 people in this month’s deadly clash in Beirut that left seven people dead and dozens wounded, the... 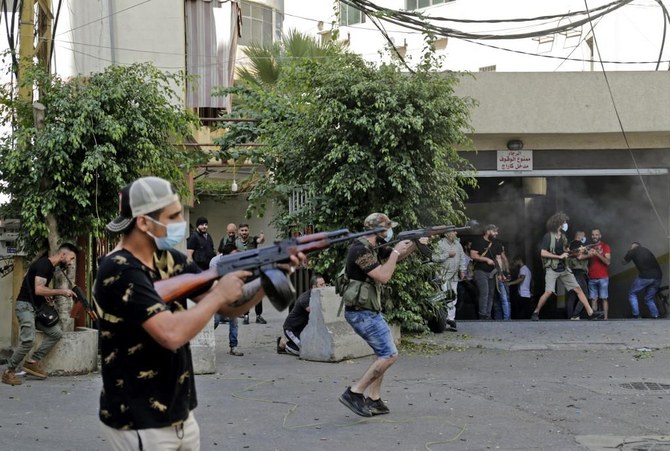 The clash south of Beirut on Oct. 14 was the worst fighting in the capital in years and broke out during a Hezbollah-organized protest against the judge leading the investigation into last year’s massive Beirut port blast.

The battle went on for five hours between supporters of Lebanon’s two powerful Shiite factions, Hezbollah and Amal, and gunmen believed to be supporters of the Christian Lebanese Forces party.

It took place on the line between Beirut’s Chiyah and Ain El-Rumaneh neighborhoods, the same frontline that bisected the capital into warring sections during the country’s civil war.

NNA said 18 are in detention while the remaining 50 remain at large. It did not give a breakdown to which groups the 68 belong.

Samir Geagea, the leader of the Lebanese Forces party, has said that he refuses to be questioned by Akiki unless the judge first questions Hezbollah leader Sayyed Hassan Nasrallah.