Construction equipment can be seen within the dam project area Beirut and Bisri, Lebanon – In early June, while leading a... 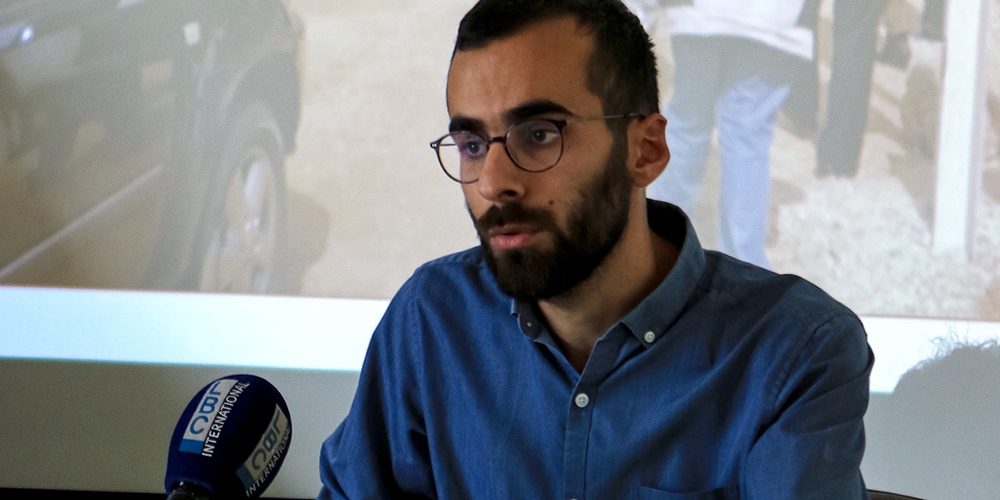 Beirut and Bisri, Lebanon – In early June, while leading a group of visitors to the ruins of a Roman temple in Lebanon’s Bisri Valley, activist and architect Roland Nassour was attacked.

He said he was beaten by a group of men who had confronted him along the trail, and ended up losing part of his left ear as a result.

“I had to walk 20 minutes back, I was almost naked, and I had blood all over me,” Nassour told Al Jazeera.

Nassour coordinates the Save Bisri Valley campaign, fighting against the construction of a World Bank-funded dam in the area.

He claims that his assailants were affiliated with the Lebanese government’s Council for Development and Reconstruction (CDR), which is responsible for implementing the Bisri Dam project.

The project’s director at the CDR, Elie Moussalli, denied any connections between the council and the attack on Nassour.

With a group of environmentalists, experts and local residents, Nassour has been battling to protect the valley and its communities for over a year.

Contrary to claims by the CDR and the World Bank, campaigners, along with some politicians, believe the Bisri Dam would threaten the valley’s unique natural environment and poses a serious risk to locals’ safety and livelihoods.

Expected to be completed by 2024, the dam will cost $617 millionaccording to the World Bank.

I honestly tell you, I could not find a worse place than the Bisri Valley to build the dam.

Tony Nemer, geology professor at the American University of Beirut,

But parliamentarians such as Ibrahim Azar, who represents the Bisri Valley’s district, said the total price tag will amount to $1.2bn.

The project is part of a wider, government-backed effort to improve water quality and access to 1.6 million people in Greater Beirut and the surrounding mountains, where shortages are persistent.

But activists and locals say the Bisri Valley itself has a lot to lose – the area hosts a unique natural environment, and although the CDR has promised to relocate an old church to higher ground, a number of ancient ruins and archeological sites could be at risk.

There are also concerns that the dam will be located right above a fault line, which residents fear could lead to disaster, despite assurances from the World Bank.

To challenge the project, activists have pressured politicians, staged protests, and engaged with the public. 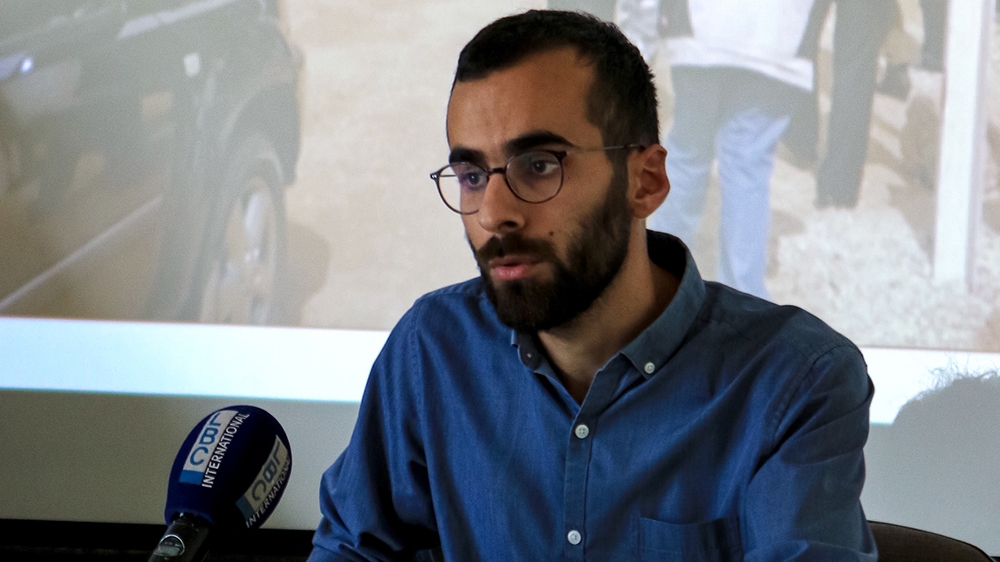 Azar, the local MP, has become one of the campaign’s few allies in parliament.

He told Al Jazeera that he has been pushing for an investigation into the project.

Meanwhile, locals such as Marie Dominique Aouad Farhat, whose home is in the village of Midan in Bisri Valley, have been participating in regular demonstrations of their own.

“Every week I go to [protest],” she told Al Jazeera.

Naji Boulos, a shopkeeper in Bisri village, said that most people in the area are opposed to the CDR.

“They will destroy our land and take our houses … This is the majority opinion here,” he told Al Jazeera. “Every chance, every Sunday and Saturday, the society here protests.” 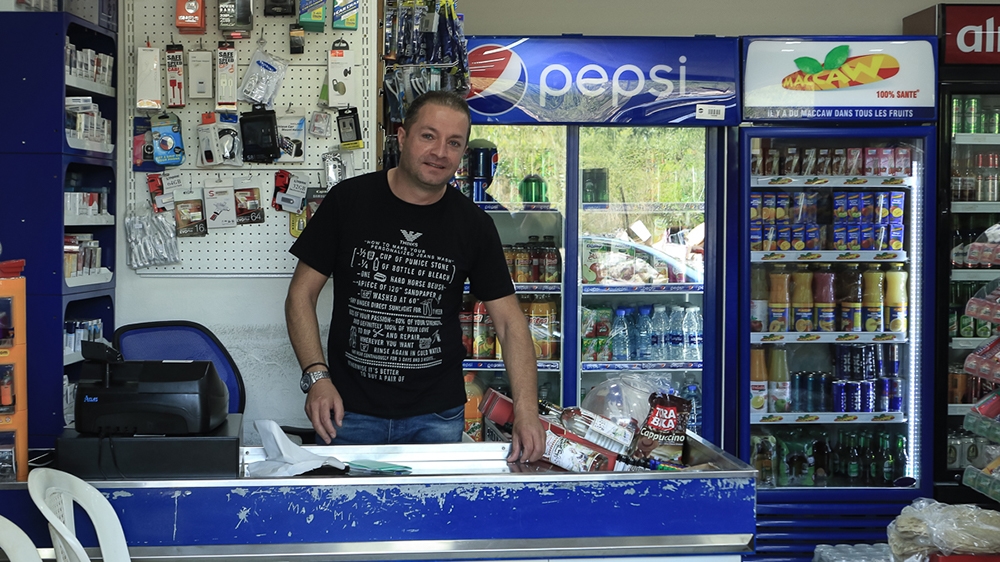 Naji Boulos, a shopkeeper, says most people in the area are opposed to the dam project [Michal Kranz/Al Jazeera]

There is scant support for the project, however; one woman Al Jazeera interviewed, who requested anonymity, said she had no problem with the dam, if the government properly compensates landowners.

According to Nassour, activists have faced pushback from authorities in the valley.

Security forces, private security companies, and the Lebanese army outnumber campaigners when they come out to protest.

Activists say they have received threatening messages and calls, and are subject to false rumours about their motives and affiliations.

Last month, activists who made comments about Moussalli on Facebook were interrogated by Lebanon’s Anti-Cybercrime Bureau, which campaigners said was another example of how the CDR cracks down on them.

Moussalli declined to comment on these cases, and said security measures were in place to protect the site and contractors’ assets.

“With a project of $1bn, there are many people who are benefitting,” said Paul Abi Rached, president of Lebanon Eco Movement, which is affiliated with the Save Bisri campaign. “So they will face you with many tools.”

Despite his faith in the project, even Moussalli admitted that the dam will impact the area, environmentally and socially. But he added that the CDR’s analysis has determined the dam is safe, pointing to the example of the Qaraoun Dam in the Beqaa Valley, that rests on top of a much larger fault.

Tony Nemer, geology professor at the American University of Beirut, hails from Roum, a town perched above the Bisri Valley, and noted the 1956 earthquake along the same fault as an example of the danger the community could face.

“I honestly tell you, I could not find a worse place than the Bisri Valley to build the dam,” he told Al Jazeera. 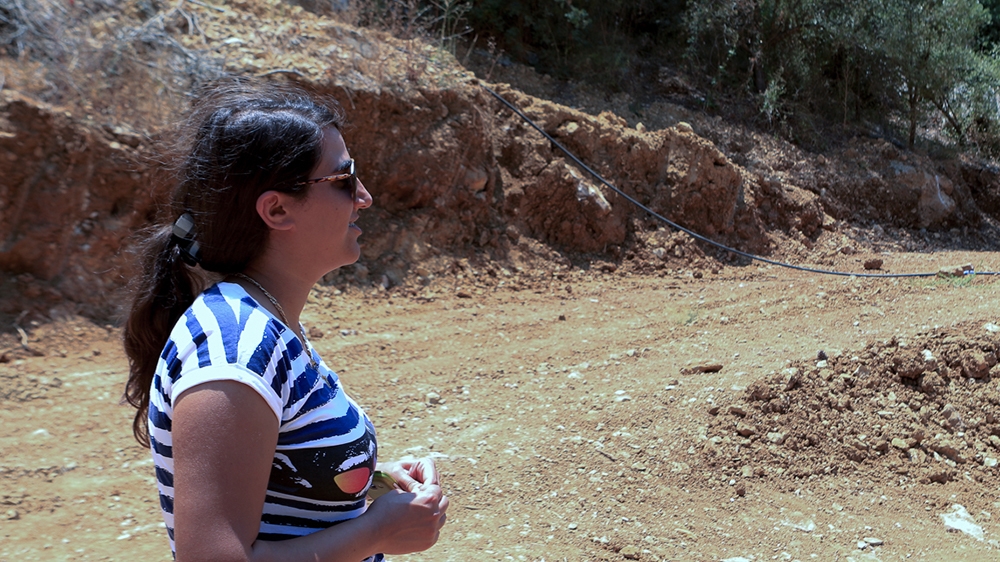 “We are speaking about the earthquake,” said Amer Machmouchi, a landowner in the upper valley who like other local proprietors, has been offered compensation.

“I take money, I lose money, I forget money… But when my son dies, what do I do?”

Machmouchi, Farhat, and Christiane Assaf, a business owner whose family owns land in the valley, said the government’s compensation rates are unfair.

Most of the land being used is agricultural, with small numbers of residential buildings in expropriation zone.

The CDR is not providing alternate housing but, according to its resettlement action plan, will monitor whether the displaced residents are able to relocate to comparable living conditions.

The council claims its compensation rates are above market level, and that residents had originally purchased the majority of their lands for $8-$15 per square metre.

One resident Al Jazeera interviewed said he bought the land for $25 per square metre, and was being compensated $20.

Another said she was offered $23 per square metre, and although she did not know how much the land was worth, she said it had been in her family for years.

Others claimed that the rates being offered were between $20 and $30 per square metre, and characterised this as inadequate.

Nassour and Assaf said the state has told some landowners that they would not receive their full compensation if they continued to protest.

“Our cause [is more than] just about the tree here, or the temple there, or the church here, it’s really a political fight against all the unsound environmental and water plans in the whole country,” Nassour said. “Our fight in the Bisri Valley is part of the more global struggle.” 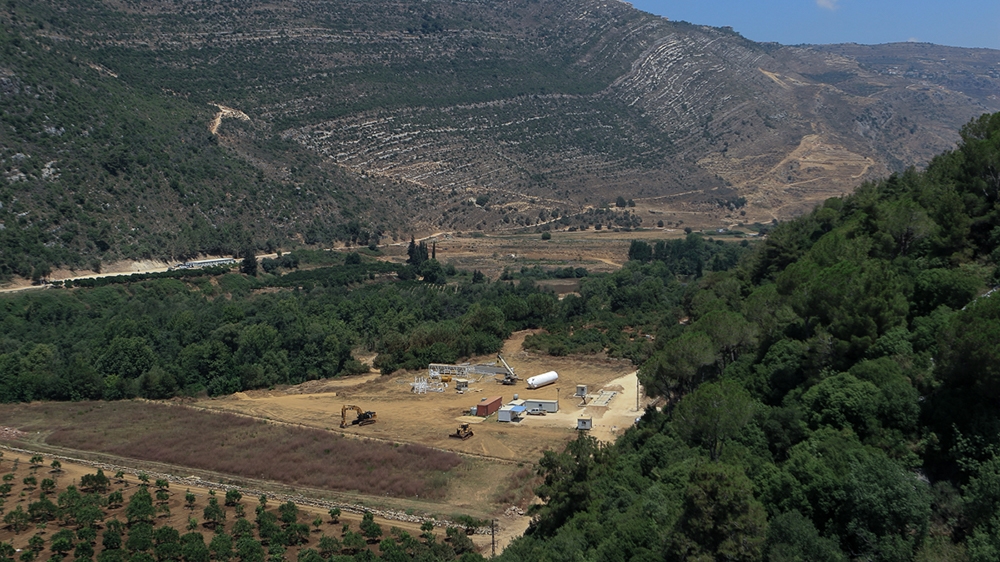