Beirut, Lebanon – On the top floor of an abandoned theatre in downtown Beirut, Tarek Jaber was admiring his handiwork. The 25-year-old had just spray...

Beirut, Lebanon – On the top floor of an abandoned theatre in downtown Beirut, Tarek Jaber was admiring his handiwork.

The 25-year-old had just spray painted a slogan – “Look to the future” – in large black letters on one of the building’s battered walls.

Jaber was one of many people who set foot in this building for the first time on Friday, while tens of thousands of people filled the surrounding streets in a protest against the government’s handling of Lebanon‘s economic crisis.

Lebanese have suffered as a result of tax hikes and dire economic conditions in the heavily indebted country.

Grievances over the government’s lack of solutions erupted into street protests on Thursday, sparked by a series of tax hikes.

In heavily urbanised Beirut, public spaces and parks are scarce. The amount of green space has steadily shrunk in recent years and the few open areas that remain in the downtown area are manicured gardens, fit with hyper-modern structures of little use to the average resident.

The capital’s coastline has also been largely privatised, apart from one public beach that is under constant threat of encroachment by developers.

But the protesters who have taken to the streets in recent days have taken some spaces back, and forged new ones too. 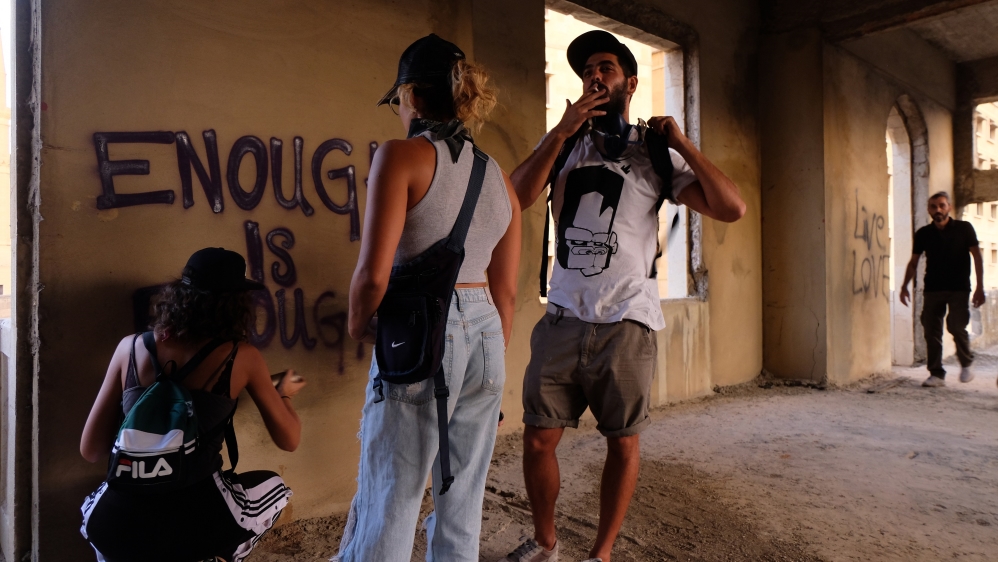 On Friday night, hundreds of protesters burst into Rest House Tyr Hotel and Resort, a coastal development project in the southern city of Tyre that had blocked public access to the beach.

Under Lebanese law, the entirety of the country’s coast is public land, but only about 40 kilometers out of 220km remains accessible to the public. Some of the owners of private beach resorts are former and current politicians, or those closely tied to them.

Other claims on public space have been more symbolic. Images circulated on Friday of men playing backgammon on Lebanon’s main north-south highway, which has been blocked in several locations since the protests began on Thursday.

In Beirut, small bathing pools were set up on the main ring-road and in Martyr’s Square, men reclining in them shirtless.

Shisha pipes have been pervasive, with sidewalks transformed into impromptu cafes.

“It’s the most important thing for the revolution,” 24-year-old Hasan said sarcastically, taking a drag from a shisha pipe on the main street linking Martyr’s Square to Riad al-Solh, as his friend fanned the coals.

“Some people dance, other people sing, and others smoke during the revolution. There’s nothing nicer to do with all these beautiful faces around,” he says with a broad smile.

At night, jugglers played with fire in a parking lot taken over by protesters near the capital’s iconic blue mosque. To their right, people climbed into an old cinema known locally as “the Egg,” which had also been closed off to the public.

But of all the spaces in the city which suddenly became transformed by the crowds of protesters, the centrally located theatre building was undoubtedly the hub.

Every day since the protests began, scores gathered on all of its floors and on the roof, watching the crowds passing below, smoking cigarettes and talking.

“This is part of our movement, inhabiting the things that were broken by those who are still in power,” Yasmine, a 21-year-old interior architect told Al Jazeera.

“Our culture and heritage that was closed off to us has become a space for our people to reunite,” she said. “Also, the view is great, you can witness everything,” she added with a giggle. 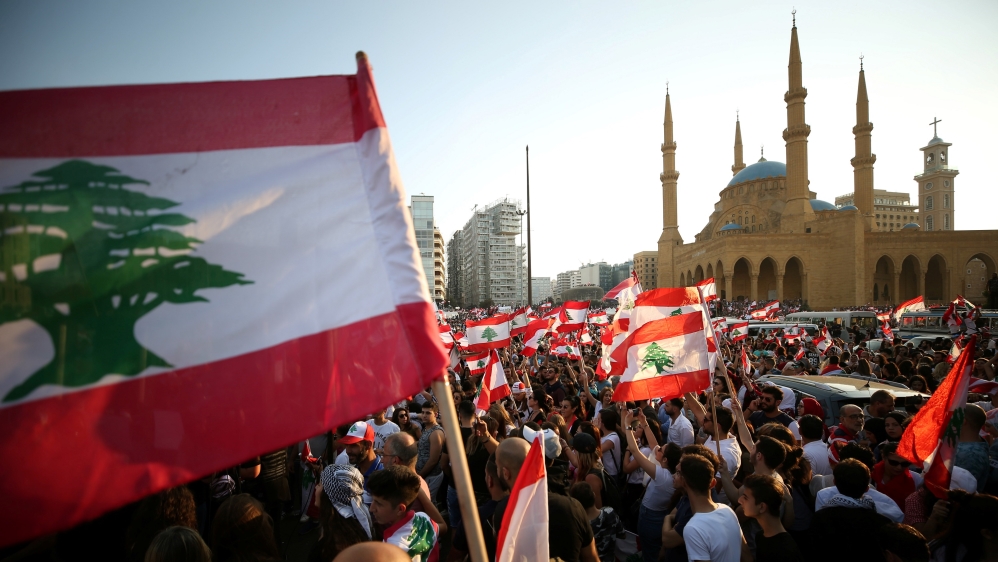 The story of the building is emblematic of Lebanon’s troubled past. It was constructed over 100 years ago by famed Lebanese architect Youssef Aftimus.

During the civil war, the theater was transformed into an X-rated cinema, frequented by militiamen from across the east-west line that divided Beirut between Christians and Muslims.

A building next to it became a brothel.

“It went from a cultural space to a hub of prostitution and pornography,” said Mona Fawaz, a professor of urban studies and planning at the American University of Beirut, who found nude posters in the building in 1994, four years after the civil war ended.

The building was then closed off by Solidere, a firm that reconstructed much of the downtown area, transforming the central district into a prohibitively glitzy playground geared towards the wealthy.

Now, people who were not born when the war ended almost 30 years ago were seeing a city they had never felt part of.

“I’m so proud we’ve reopened this,” 28-year old Asma al-Emir said, taking a drag from a rolled cigarette. “We didn’t realise what was being kept from us.”

Only one of the groups present in the building that day had an idea: the skaters who were rolling around a flat patio near the old theatre’s roof.

“I skate here every day,” 17-year old Rabia said. “Now the protesters have come here and crowded the space. They’ve really annoyed us a lot.”